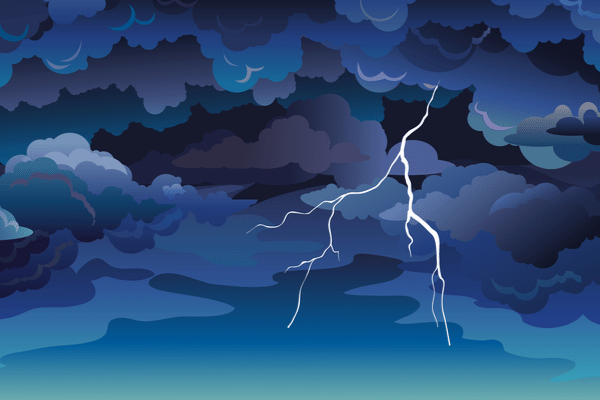 As countries across most of Europe and parts of Asia and Australasia have begun restarting their economies by easing lockdown restrictions, the global language industry is trying to cope with the aftermath of the world’s most deadly health crisis of the last hundred years.

The language industry job market, for one, saw a decline for the third month in a row in April and May 2020, as shown in the latest Slator Job Index, despite some tentative signs that the impact from Covid-19 may be easing.

Slator reached out to a dozen of the largest, most active language industry associations from across the globe for an update on how their members are coping with the aftereffects of the pandemic. Five groups responded and here’s what they said.

Sporadic Demand in the US

“Many colleagues have mentioned that they have more sporadic ups and downs in work than usual because of the current situation,” said Ted Wozniak, President of the American Translators Association (ATA), which counts nearly 10,000 members in over a hundred countries, according to its website.

Wozniak pointed out that, as expected, there was a massive decline in on-site interpreting, while remote interpreting demand increased. But, he said, although some translators initially reported large declines, others reported no change or even an increase in demand.

Among the segments that have seen “much higher demand,” Wozniak said are medical, pharmaceutical, and other areas in life sciences translation, Covid-related corporate communication, as well as education or e-learning, e-commerce, game localization, human rights, and news; but “other segments, such as financial and legal, have seen a decrease in demand, in particular for non-essential translations.”

Wozniak told Slator that among the top concerns for many ATA members on the professional level is that “many of their professional development and continuing education opportunities have been canceled this year.” Therefore, ATA decided to offer free access to the ATA58 Virtual Conference recordings (nearly 50 sessions) for all members, which they can use to count toward continuing education requirements. He said, “Many members have written to us to thank us for helping to meet this need.”

“One of the top concerns for many members is that many of their professional development and continuing education opportunities have been canceled this year” — Ted Wozniak, President, ATA

As for the ATA Annual Conference, scheduled from October 21 – 24,2020 in Boston, Wozniak said, “At this time, we are planning a hybrid conference: an in-person event with reduced attendance and social distancing and other health measures in place, with a remote component for those who choose not to attend for whatever reason. Of course, the situation is still fluid, and we may be forced to move the conference entirely online. That is why we are also working on plans to make a 100% remote conference a successful one, should that become necessary.”

As previously covered by Slator, ATA has also been active in the fight to lessen the negative impact of California’s gig worker law on the state’s translators and interpreters.

According to Robin Ayoub, President of the National Language Industry Association of Canada (AILIA), “With most clients working from home and no more specific office hours for most, work seems to be coming off hours in the middle of the night versus the usual 9–5, which forces our Canadian translation providers to accommodate and shift their service hours.”

Although there is a lot more urgent work, Ayoub said, such as those around last-minute corona-related public service announcements, the country’s largest buyer of translation services, the Canadian government, “saw a volume drop of approximately 40%” in translation work.

As in the US, Ayoub noted “an uptick in volume mostly related to Covid-19 treatments, clinical studies, vaccine trials, public health announcements, etc.” — even as demand from the financial sector was flat to slightly lower than normal, and from marketing, consulting, and horizontal services “pretty much flat.”

“Work seems to be coming off hours in the middle of the night versus the usual 9–5, which forces our Canadian translation providers to accommodate and shift their service hours” — Robin Ayoub, President, AILIA

In a letter to Canadian Prime Minister Justin Trudeau, dated May 13, 2020, Ayoub wrote: “There is no need to sacrifice bilingual labeling for the sake of expediting products to market. We can absolutely help with go-to-market strategies, while ensuring timely delivery of all translations in any language. We even suggest expanding the list of languages for those domestic cleaning products which could have potential hazardous health risks to Canadians, who may not speak either official language.” He added that AILIA’s member companies are ready to support the language requirements of Canada.

50% Off Recertification Fees in Australia

NAATI or the National Accreditation Authority for Translators and Interpreters is the certifying authority for Australia’s linguists. “As a support to the practitioners, NAATI has agreed to reduce the cost and requirements of recertification, Mark Painting, CEO of NAATI, told Slator.

From April 1, 2020 to June 30, 2021, translators and interpreters in Australia can avail themselves of a 50% fee reduction for recertification and will only be required “two-thirds of the usual professional development and work practice requirements to recertify during this period,” according to a message from NAATI Chairperson, Voula Messimeri. Those who had paid the fee in April will receive a 50% refund.

“Despite easing restrictions across Australia and the globe, we are still living in challenging times”  — Voula Messimeri, Chairperson, NAATI

Messimeri went on to state, “Despite easing restrictions across Australia and the globe, we are still living in challenging times. The continuing impact of COVID-19 on our services, and our staff, has necessitated new ways of thinking about how we do business and how we continue to operate effectively in this new reality.”

According to Painting, their concerns right now include “the ability to effectively test candidates in a safe environment without compromising the quality standards and assessment requirements inherent in the certification tests.”

He added that NAATI is currently developing a way to deliver certification tests, which they expect to roll out, at least for translators, by September 2020.

Small and Medium LSPs Badly Hit in the UK

Meanwhile, in the UK, the Association of Translation Companies (ATC) surveyed member companies in April and May to assess the impact of the pandemic on the region’s language market.

Raisa McNab, CEO of ATC, told Slator, “The pandemic has had a significant financial effect on many of the UK’s SME language service companies, 59% of whom have seen a decrease in turnover of 50–70% according to our survey. However, what we are also seeing is a growing discrepancy between the companies who have experienced the sharp end of the pandemic and the companies whose business model or client verticals seem to be much more resilient.”

According to the ATC’s April survey, 27% of respondents already applied for, received, or are planning to apply for the Government’s Small Business Grant worth GBP 10,000. The number of those who applied for the grant still stood at 27% in May.

“We are also seeing […] a growing discrepancy between the companies who have experienced the sharp end of the pandemic and [those] whose business model or client verticals seem to be much more resilient” — Raisa McNab, CEO, ATC

The ATC also reported that 45% of language service providers (LSPs) had already furloughed staff in April; and, by May, that number rose to 55%, with a further 9% considering laying off staff.

The impact of the pandemic on the UK’s small to medium LSPs is pretty much in line with the rest of Europe, as covered by Slator in April.

Too Early to Assess for Sweden

Commenting on the partial results of an ongoing survey by the Swedish Association of Professional Translators (SFÖ), Elin Skymbäck, SFÖ President told Slator, “The most pressing concern, judging by the survey, is that quite a few translators have already seen a decline in jobs, and many are worried about the number of jobs in the future.”

Out of 304 respondents to a survey question on translation volumes, 33% said the number of their assignments had “Not Changed” due to Covid-19. Among the reasons given were: end-customers (e.g., IT, government agencies) were not as affected; they were continuing work on large volumes that had already come in; or it was too early to assess. Those who said their work had “Decreased Slightly” (31%) due to the pandemic gave the same reasons, more or less.

A small number (8.88%) reported an uptick in demand from corona-related translation work as well as subtitles, while others said it could be because others may have gone on sick leave; although many assume it to be a mere coincidence.

“Many are worried about the number of jobs in the future” — Elin Skymbäck, President, SFÖ

Among those who said their assignments were “Greatly Reduced” (22%) or had “Ceased Completely” (3.61%), many were interpreters (i.e., where phone interpretation was not an option) or had clients in badly hit sectors, such as tourism, conferences, authorities in “closed countries,” and EU institutions.

Working for EU institutions has, indeed, been a sensitive topic of late as recently reported by Slator. At the forefront of negotiations with the EU institutions is another group, the Association of Conference Interpreters (AIIC). Its members have called the EU’s offer of assistance (EUR 1,300 to cover 3–6 months of inactivity) “unworthy of a public entity.”

The AIIC has asked “for what has already been adopted for the millions of European self-employed workers in need: an ad-hoc instrument to provide emergency support until the disruption caused by the COVID-19 pandemic is behind us.”