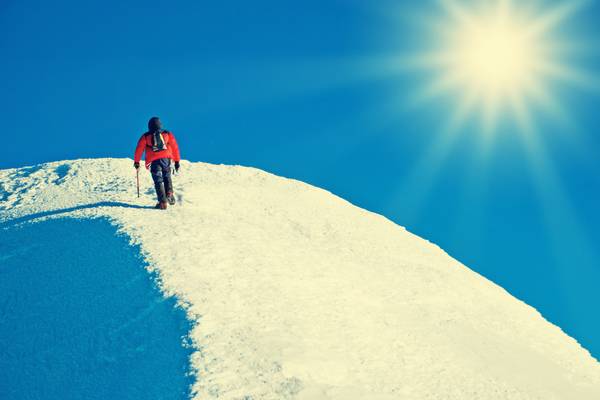 The C-suite and the movers and shakers in any industry are always under the spotlight and the stars of the language services space are no exception. Who got hired, who stepped down, who moved over to the next realm and why? These all have implications for the direction of the industry in 2018 as 2017 saw some major changes at the industries largest language service providers (LSPs).

Changing of the Guards

Industry veteran Rory Cowan stepped down in July as CEO of Lionbridge, at the time still the world’s largest LSP by revenues, as part of a planned transition as he nears retirement age. Lionbridge had been  sold to a private equity firm a few months earlier and just finished delisting from the Nasdaq when industry outsider John Fennelly took on the mantle of President and CEO. Cowan remains as Chairman to advise on M&A and explained the structure as “one runs the corporation, another runs the business.”

The changing of the guard at RWS had a similar feel. Reinhard Ottway, who was 23 years with the company and the last five as CEO, left the UK-based patent and life sciences LSP while its market capitalization was hovering near USD 1bn. CFO Richard Thomson, who also became deputy CEO in 2015, stepped into the CEO’s role and bought Czech-based Moravia for USD 320m in October. While the CEO changed, RWS Chairman Andrew Brode, who is significant shareholder in the company, remains at the helm of the company and actively involved in the business.

At Semantix, the largest LSP in Northern Europe, long-term CEO Anders Uddfors also stepped down “at his request,” ending tenure at the company during which “revenues triple and profitability improved.” Uddfor’s 49-year-old successor, Patrick Attemark, is an industry outsider who honed his leadership skills at Solhagagruppen, a provider of disabled care services in Sweden, and the Ambea Group, a provider of healthcare services in the Nordic region.

There Can Be Only One

After years of litigation for control of TransPerfect, the custodian in charge of selling the company finally issued a statement in November saying that Co-CEO Phil Shawe could buy the other half of the company he co-owns with co-founder Liz Elting.

The New York-based LSP has been run by the duo since their college days and, despite bearing the weight of its legal woes, TransPerfect still raked in USD 282.9m in first half revenue, up 9.7% year-on-year and putting the firm on track to capture the #1 spot in terms of revenues for the full year 2017.

At Slatorcon New York in October, Shawe shared his advice on how to grow an LSP, retain and motivate talent, and place technology at the center of the operations to build a competitive advantage. His first order of business in 2018 will be to complete the sale and repair the technology division following a senior management exodus.

Once in a while, an industry sees the entry of new blood. This year the language industry saw Tom Klein and Roland Lessard taking over the reins of New York-based LSP Morningside Translations as Co-CEOs. The partners – an engineer and a banker – were former executives at background check company Sterling Talent Solutions.

The duo invested their own money in the venture alongside a group of outside backers. The two executives told Slator that they are not looking at a fast exit and will be in this for the long haul.

Wracked by challenges throughout 2016 like a reduced workforce, translators’ uproar over a machine translation tool that divided the organization, increased competition from the private sector, and the departure of its chief executive, Canada’s beleaguered Translation Bureau appointed a new CEO in May to turn things around.

The new CEO Stéphan Déry moved quickly to tackle these challenges through comprehensive dialogue and consultation with stakeholders, a revised business model for public sector translation, and the appointment of a Chief Quality Officer whose mandate is to work on “quality recommendations for training, technology, and resourcing.”

Over in the UK, Capita Translation and Interpreting (Capita TI) appointed Antonio Tejada as General Manager in March, right after it handed over a huge multiyear translation and interpretation contract from the UK Ministry of Justice (MoJ) worth GBP239m (USD 289m) to rival LSP, thebigword. Rebuilding the lost revenue was Tejada’s immediate task and, while the LSP reported a 10% decline in revenue in October, it still achieved a slight 1.2% uptick in pre-tax profit due to a “wider mix of customers” that the company sought to achieve.

Meanwhile former Kilgray CEO István Lengyel, who stepped down in August 2016 after “12 great years, joined On Global Language Marketing as Director for Customer Success in February. Based in their Barcelona office, his new mixed role straddled three areas: sales, marketing and service development.

As we enter 2018, it is clear from from the mix of these changes that competition within the language industry is intensifying. New leaders are emerging from inside and outside the industry, reshaping their client services models, investing in technology and driving international expansion.

Stay tuned with Slator as we continue our coverage of this dynamic and rapidly growing industry by signing up to our free weekly newsletter on our homepage and following us on LinkedIn, Twitter and Facebook.