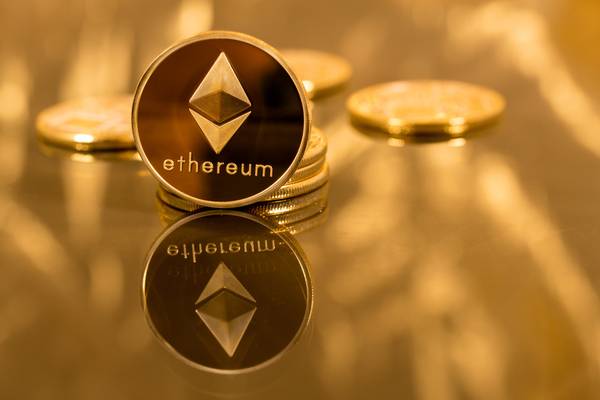 Ventures in the language services industry have been funded in many different ways. There’s the option to do an initial public offering on the stock market. Then there is private equity financing and venture capital. And 2017 even saw an example of a successful crowdfunding campaign.

Enter magic internet money. If you think neural machine translation and related language technologies are in a hype cycle, a look at the world of cryptocurrencies might have you reconsider.

Bitcoin, Ethereum, and dozens of alt-coins are trading near all-time highs. And you know a technology is breaking through when Jamie Dimon, arguably the most influential CEO in the financial industry, which cryptocurrencies are fundamentally challenging, calls it a “fraud” that will eventually blow up.

As cryptocurrencies rise, entrepreneurs (and a fair share of scammers) are using them to raise funds in so-called ICOs (initial coin offerings). The details of an ICO are complex but, in a nutshell, think of them as an unregulated IPO where instead of shares in a company you receive so-called tokens. According to a recent report by the Stellar Development Foundation, “a token is a cryptographically secured digital representation of a set of rights.”

These tokens are often based on the Ethereum protocol. People typically pay for these tokens using bitcoin or ether. Virtually unheard of a year ago, ICOs have since exploded with Switzerland-based Tezos raising an eye-popping USD 232m in July 2017.

With everything from chilled beer manufacturers and car towing platforms to farm collectives launching ICOs, it was only a matter of time until someone tried to raise funds for a language services business.

On September 28, 2017, Langpie, according to its website led by Hong Kong-based Cedric Hung, launched an ICO for what it calls an “online-translation platform based on blockchain” (blockchain being the technology underpinning cryptocurrencies).

Langpie has singled out virtual remote interpreting as its market of choice because there are “sufficient number of automated translation solutions” for the “texts (sic) translation market” but “traditional live/voice interpreting is still requiring the human contribution.” Ok, then.

In a white paper (the ICO world’s equivalent of the IPO prospectus), Langpie sees facilitating smooth micropayments as the core challenge to a functioning interpretation marketplace. Langpie says its proprietary cryptocurrency called LPG will “solve the problem” of high fees associated with payment processors such as Stripe and PayPal.

The white paper then goes on to further define the problem (“hiring a professional interpreter can be tough and very expensive”), outline the market (Spanish-speaking Jose goes to hardware store needing on-the-spot VRI to talk to shop assistant John) and promising that “LangPie is going to be a perfect platform for interpreters as well as clients.”

In short, Langpie wants to build a disintermediation platform that directly connects interpreters to clients, something countless others have tried before. For good measure, the white paper estimates Langpie to make USD 350m in profit by the third quarter of 2020. Wait, what? Talk about a hockey stick.

To drum up interest in the ICO, Langpie is responding to questions about the fundraising on a bitcoin forum.

In a first round, Langpie is looking to sell four million LPG tokens at USD 0.10 a piece to raise USD 0.4m. That sale started on September 28, 2017. In a planned second round to be launched in November 2017, Langpie will issue another 80m LPGs, looking to raise a minimum USD 1m. Langpie says the funds will be used among other things for marketing (45%) and R&D (15%), and to pay the founders (14%).

While Langpie is an extremely clumsy attempt at using cryptocurrencies and an ICO to launch and build a language services business, many others using more mature concepts will follow.

Slator reached out to Langpie for comment but has not yet received a response as of press time.