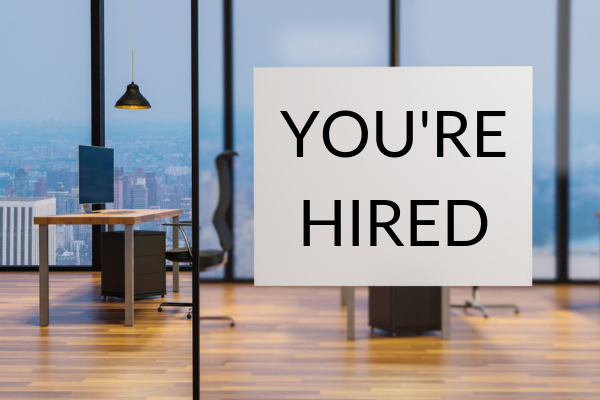 The marriage of linguistics and technology is a common thread running through this week’s People Moves column. But even in the face of ever-evolving tech, the fundamentals of B2B sales remain the same. This is Allison McDougall’s take on the sales role in the language industry.

McDougall joined AMPLEXOR as Senior Vice President for Global Sales in January 2019 after having spent two decades in leadership positions at Lionbridge and SDL. She reports to Mark Evenepoel, CEO and Managing Director.

Successful B2B sales, according to McDougall, is all about understanding C-level objectives and making sure these are directly addressed. “While it’s very exciting to see technology and translation productivity tools continue to evolve, the fundamentals of having the right conversations with the right buyers at the right time remain relatively the same,” she said.

She added, “According to Forbes, 84% of marketing organizations employed AI and machine learning in 2018. Any time you can position your solution as a conduit to help clients more effectively target prospective customers, generate leads or increase revenue — whether it be content discoverability, transcreation, global campaign A/B testing — it will be an interesting conversation!”

As SVP Global Sales covering North America, Europe, and Asia, among McDougall’s first tasks was “aligning the company’s sales teams as a result of AMPLEXOR’s recent M&A.” She said the Luxembourg-based language service provider (LSP) “follows a strategic customer portfolio management approach, where we ensure that the most appropriate team is allocated to specific customers based on certain criteria to maximize the lifetime value of each client.”

McDougall has been active in Women in Localization for over six years, serving as the first President from the vendor-side in 2017. She remains a Board Member at the non-profit.

Back in January, Dagny Koch also joined AMPLEXOR as Vice President of Sales for DACH/CEE, including Benelux. She reports to Allison McDougall, SVP of Global Sales.

Koch comes from the digital marketing industry, most recently serving as VP of Partner Development at SEO firm Searchmetrics. Like McDougall, Koch also immediately focused on “getting the sales teams of the different regions together and aligning them,” as well as working closely with marketing “to localize solutions” for clients.

“The B2B sales role has evolved to a completely customer-centric approach,” Koch told Slator, adding that a deep understanding of client needs is essential.

“Technology also plays a major role in that clients are looking for solutions to help optimize workflows, save costs, and become smarter as a result of the relationship. This requires a broader expertise within the sales roles,” she said.

Coming from digital marketing, Koch noted how the transformation of traditional LSPs to “agile, digital players is interesting and challenging at the same time.”

On March 4, 2019, Marcus Casal stepped into his role as Vice President of Content Solutions Technology at AMPLEXOR. He reports to CEO and Managing Director Mark Evenepoel.

Casal is a Lionbridge veteran, rising through the ranks after working at “precursor companies acquired by Lionbridge” and, most recently, serving as VP of Product Management and Language Technology in the three years prior to moving to AMPLEXOR.

“One of the amazing things about the global language industry is the ability to change companies while remaining in the same seat,” he said, noting how he “held a number of positions, from front-line localization engineer to technology executive” at Lionbridge.

Casal, who comes from a Cuban immigrant family in Miami, said he has “always been interested in the intersection of language and technology. My academic work was in both language and the electronic teaching of languages, so localization was a natural fit.”

At AMPLEXOR, Casal manages global tech teams that deliver “all language production technology, ranging from portals and connectors to production systems and specialist language systems for translation and post-edit.”

He describes neural machine translation (NMT) as “part of the air we breathe in this industry now,” pointing out that the question is no longer whether to use it but how to optimize it, and “whether this optimization is best thought of through an industry, technology, or end-user lens.”

“Knowing when to use commercial engines, when to train your own, and when to engage in sophisticated pre- and post-processing of the content is a classic last-mile problem,” Casal said.

Utah-based LSP inWhatLanguage (iWL) appointed Kristin Hansen Gutierrez Vice President of Enterprise Growth in February 2019. Working out of Southern California, she reports to Peter Smith, President, and is “personally responsible for driving revenue while also helping to align our teams to win.”

Before joining iWL, Gutierrez worked at NetApp as Communications Program Manager and spent the 13 years prior in various roles at SDL, Translations.com, Lionbridge, and Vistatec.

She said, “What I find most fascinating about our industry is, despite the constant evolution of what globalization looks like from workflows and integrations to AI and NMT, it continues to remain a people business.”

For the past two years, Gutierrez has also served as a Program Director at non-profit industry organization, Women in Localization.

California-headquartered LSP Pole To Win (PTW) named Loreto Sanz Fueyo Director of Translation on January 28, 2019. Based at PTW’s new office in West London, she reports to Olivier Deslandes, VP of Audio and Translation, but added that “given our global footprint, I will be spending time at each of our translation studios” in Europe and Asia.

Fueyo describes her role as twofold. “On the one hand, ensure the quality and timeliness of our deliverables to our customers; on the other, to ensure we stay ahead of the curve in terms of processes and tools,” she said.

Before PTW, Fueyo “worked at Jonckers, where I founded The Loc Lab, an experimental division of Jonckers set up to meet very specific and highly technical customer requirements.” In the decade prior, she worked in games and interactive entertainment localization at Universally Speaking, “rising through the ranks to Director from roles including in-house Spanish translator, Localization Project Manager and Localization Manager.”

She told Slator, “I am originally Spanish and came to the UK to complete my university studies. At university, my focus was on English linguistics and technology.”

Fueyo noted how living in an era of instantly accessible content naturally puts pressures on processes and margins, even as they help clients deliver translated content to as many locations as possible in the shortest time. She added, “Each vertical has its own idiosyncrasies, but pressure on delivery and the ability to cover a larger number of languages” are what they continually need to manage.

Spanish LSP SeproTec named Frank Hidalgo Business Development Manager in February 2019. He reports to Amparo Olivares, Global Corporate Sales Director and is based at company headquarters in Madrid. Given his previous experience with the German market, Hidalgo was assigned to handle the DACH region.

About joining SeproTec, Hidalgo said, “I was at a moment in my life where I needed to embrace a new challenge. I found fascinating the possibility of mixing up B2B, emotional selling, and multilingual services.”

Hidalgo has “always been devoted to sales — more than 10 years!” having worked in various positions ranging from Business Development to Area Sales Manager. He said, “I’ve been lucky enough to have a strong international background, thanks to the long time I spent working in Germany. My main focus was retail and entertainment.”

“From my humble perspective, I find that this industry is changing so quick! This is both at the same time a challenge and an advantage since it pushes you to be always updated on new trends to better service our clients,” he said, concluding, “If it doesn’t challenge you, it won’t change you.”