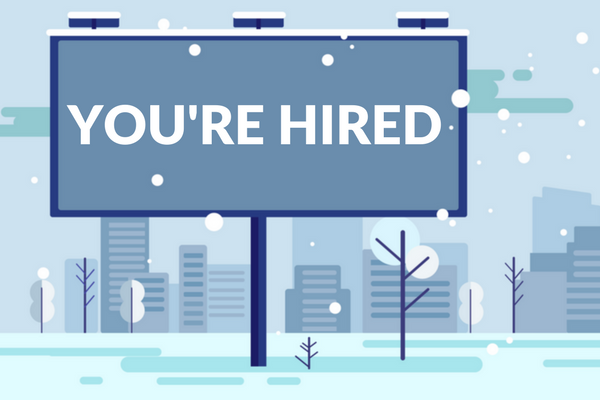 A keen football fan, golfer, and traveler, Benjamin Beech’s journey within the language industry started four years ago when he stumbled across an apprenticeship for a sales executive in an international language service provider in Nottingham, United Kingdom where he was born and raised.

“I’d always been interested in sales since I was raised in an entrepreneurial house in which my parents encouraged independence and new business ideas,” he said.

With no prior knowledge of the industry, he got promoted twice in two years (one of which was still during the period of apprenticeship). He moved on to his next job in another LSP in Greater Manchester, where he said he learned to ply his trade to larger, more strategic translation buyers.

He is based in Preston, Lancashire, and reports directly to Donna Twose, Managing Director of Global Business.

“I think the main challenge for the translation industry will be to find the right balance between humans and machines that benefits everybody (client, LSP, and linguists),” he said.

“To talk about automation is almost becoming a cliché, but I think to ignore the elephant in the room is accepting the road to your obsolescence,” he added. “The continued heavy investment in both translation software and machine translation (mainly neural machine translation currently) by the translation and software big boys is driving the whole industry to a foregone conclusion — that it must move towards better connectivity between humans and systems.”

In 2018, Beech said he sees the continued growth of the industry, driven by a need for global business to look further, communicate deeper, and develop stronger international partnerships.

Based in Wisconsin, Daniel Manak has worked in the health care industry for the past 25 years.

He started with Roche and Ortho McNeil, where he sold pharmaceuticals and helped develop research opportunities for institutions like Mayo Clinic. Then he moved over to the research side of the industry, focusing on clinical research in pharma, device, and diagnostics.

Before joining Amplexor Strategic Accounts Manager, Life Sciences, he had also worked for several CROs, including his own company.

At Amplexor, he said his role is to “increase revenue through developing more clients in the Midwest region of the US.” He reports to Gina Wilson.

“In a shrinking world (a la social media, for example), I believe the need for language services will increase. I hope the providers in the industry keep up with technology so as to provide high quality, easily attainable language services from well-respected providers with high integrity,” he said.

His personal life is also quite interesting. In addition to his wife, two adult daughters, and two toddler grandsons, his extended family includes a husky (as seen in the photo), three cats, six chickens, and seven more kids (seven Nigerian dwarf goats).

“I live on a small farm. I study and teach martial arts and material arts (ceramics, woodworking, stained glass) and I am an outdoor enthusiast (kayaking, hiking, biking, snowshoeing, hunting, fishing, and photography),” he shared.

As Sales Director and Key Accounts at Attached Language Services, Matthijs Kooijman is responsible for ensuring the company’s commercial growth and managing its relationships with key clients.

“Another important aspect of my work is being a coach and mentor to the team and assist and support them in our daily operations,” he told Slator.

Kooijman is based in The Hague, The Netherlands, and reports to CEO Eveline van Sandick.

Kooijman said he joined Attached at a time when the company was looking for an ‘old industry veteran’ to join their young, innovative and ambitious team.

He believes the industry is changing. “But what I also see is that a high percentage of the customers that need translation and localization services, including global corporations, value human contact, customized quality and personal commitment,” he said.

One thing he sees as a challenge in selling translation service though is the ‘struggle’ to explain to clients that “cost is not the only criterion to choose an LSP – especially if they are looking for customized quality packages as well as continuity in their multilingual communications.”

“The race to the bottom that some agencies are engaged in isn’t helping anybody – not those agencies, not the translators they can recruit, and, consequently, not the client either,” he said.

With a Master’s degree in E-Business from Semcom College in India, Megha Parikh is responsible for measuring and reporting on the performance of all digital marketing campaigns including web, SEO, SEM, email, social media and content marketing at Translate By Humans.

She joined the London-based LSP as Head of Digital Marketing in September 2017.

“My daily work revolves around managing the brand’s social media handles, coordinating with content teams and publishers and also monitoring the traffic to our website,” she said. “I rely on white-hat SEO techniques, guest blogging and several other forms of online marketing strategies to bring in more leads and business for Translate By Humans.”

Based in India, she reports to the company’s managers in London.

Before joining Translate by Humans, Parikh said she had worked with several small businesses as well as organizations in the field of online marketing.

Though new in the language services industry, she believes that there is a growing demand for language translation services attuned to the needs of web and digital content. “Language is a fascinating thing,” she said. “Language translation is no longer a taken-for-granted option, [whether] it is a mobile app, website, game, software or anything that needs to be multilingual.”

Amplexor’s Senior Project Manager Chris Wells has worked in the UK, US, and Ireland and has spent over 15 years in the language services industry.

He joined Amplexor from SDL where he was a program manager.

“I work with production teams based in Wisconsin, Dublin, and Singapore, delivering projects for a multinational client,” he said of his role at Amplexor.

He is based in Dublin and reports to Louise Loane, Director of Production Services. Asked what enticed him to join Amplexor, he cited the company’s “customer focus and great people.”