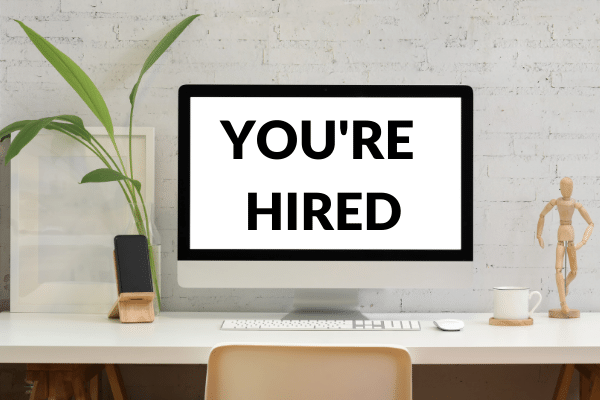 While the ever-evolving language market with its myriad offerings may have confused some buyers, others have realized that it all boils down to reducing translation impact, according to a newly hired business dev director for EMEA.

And despite the proliferation of tech-driven language service providers (LSPs), basic services never really go away. They just become permeated with technology, a recently appointed CTO said, blending in with other lines of business that may have, at one time, been regarded as foreign.

Meanwhile, at an LSP that provides freelance income to refugees, the new head of the translation and interpretation department has, in recent years, learned to view business through the lens of its impact on the community.

Singapore-headquartered LSP, Andovar, appointed Julie Giguère Managing Director for EMEA on June 14, 2021. Giguère had been working with Andovar as consultant from February 2021 in what she described as a “research-only capacity.” She reports to CEO Conor Bracken.

Hers is a new role at the company, combining ops and sales activities, and created to support growth in the LSP’s EMEA client portfolio. Outside Singapore HQ, Andovar’s largest production hub is in Bangkok, Giguère said, adding that she will oversee the EMEA head office in Budapest, Hungary.

Her remit includes recruitment for Andovar’s support teams, which include Project, Resource, and Account Managers for EMEA clients. She said, “I also have a global remit [including] global quality management and employee performance initiatives along with consulting on strategic client acquisitions.”

According to Giguère, Andovar combines a customer service platform “with a freelance resource model to offer […] audio and text localization services in over 80 languages to and from English.”

Their strategy, she said, is to provide a turnkey solution for complex multimedia projects through an “in-house resource management team, recording studios, and multimedia labs […] without the need for outsourcing in most major languages.”

Prior to Andovar, Giguère worked at London-based LSP, Asian Absolute, where she advanced her career from Operations Manager to Commercial Director and then Managing Director within six years. She told Slator, “I also built offshore teams from the ground up in Panama and Bangkok, and grew the Bulgarian operation twofold.”

She added that Asian Absolute wanted to position itself for M&A — a goal they achieved in 2020 “with an acquisition of the company by a strategic buyer, and so my mission with Asian Absolute was complete and I was ready to tackle my next challenge.”

He is also responsible for training personnel, finding and interfacing with partners, and working with Sales & Marketing on new products and services, as well as “workflow optimization in the company’s TMS — Plunet, by the way.”

Effectiff has two headquarters — one in Moscow, the other, in Florida — and the staff “works from all over the world, from Russia to Argentina,” Korotaev said. “The company was built around a traditional LSP model with a strong focus on written translation and on-site interpretation” — but after becoming very active in the US market in recent years, Effectiff transitioned toward more tech-driven projects.

He added, “Personally, I don’t believe traditional translations are dead. The field is just becoming increasingly more complex and permeated by technology. Language services don’t go away; they just blend with other fields and lines of business that were previously considered foreign territory or not considered at all.”

Korotaev had previously worked at Logrus and Neotech, “two of the major LSPs in Russia,” spending eight years with each; and his responsibilities over the past few years have been very similar to his Effectiff remit.

Asked if he is currently looking into any emerging tech, Korotaev said, “The most interesting things are integrations, where different technologies come together to create a new, unique offering […] But first and foremost, stick to your core business and play off your strengths. After all, we still have noticeable customers who don’t even know what a TM is — talk about another revolution some 40 years in the making.”

Erik Mulder joined Straker Translations as Business Development Director for EMEA on May 1, 2021.  He reports to the GM for EMEA, Amaya Montoya. Straker’s global headquarters are in Auckland, New Zealand.

Mulder, who works out of the Amsterdam office, was hired to manage the new EMEA team and “develop a new business strategy for maximizing growth.” And as Straker has noted “amazing traction” among enterprise clients, they are “investing hugely” in that direction.

According to Mulder, “We are not an LSP. We are a technology company that moved to the translation ecosystem with our proprietary solutions. Because of this, our way of solving client problems is fundamentally different from other players in this field.”

He explained that, using the Straker platform, clients can manage their own translation workflows, jobs, and retrieve data to support decisions around translation spend. Additionally, they take care of connecting (via API) to the client’s environment, which could be an ERP system, e-commerce platform, and so on.

Prior to Straker, Mulder served as Chief Commercial Officer at companies such as invoicing app Klippa and Dutch LSP Livewords. As an industry veteran, Mulder has seen how clients and prospects have gotten “stuck in localization,” finding it a challenge to understand the ever-evolving landscape.

He pointed out how “10 years ago, everybody was talking about quality; suddenly all LSPs are tech-driven solution parties. But actually nothing really changed besides pre-translating with engines and post-edit with humans. Not super innovative. Everybody is playing the same piano.”

So how does he approach clients? Mulder recalled how, only a couple of weeks ago, he asked a prospective client, “What do you need to be? Where do you want to be with your business in two years? And how can we help with that?”

According to Mulder, the client smiled and said, “‘Make any translation supplier obsolete for my business.’ Two days later, we signed a contract and we started reducing translation impact by 80%. That’s the end game.”

Anete Raugule joined New York-based LSP, NaTakallam, as Head of Translation and Interpretation Services on May 3, 2021. She reports to COO Daniël Kuipers and CEO Aline Sara.

The US-based LSP has employees around the world, including Paris, Athens, Beirut, and Amman. Raugule is based in Riga, Latvia. Her responsibilities include advancing “the positive social impact on NaTakallam’s community of translators and interpreters who come from refugee and IDP (internally displaced person) backgrounds.”

According to Raugule, “NaTakallam leverages the freelance digital economy to provide income to refugees, displaced persons, and their host community members by hiring them as online tutors, teachers, translators, and cultural exchange partners, regardless of their location or status.”

Raugule is a language services veteran of 12 years. Prior to NaTakallam, she spent four years as Partnership Team Manager at Translators Without Borders, heading a cross-cultural team of Partnership Success Managers focused on building solid long-term relationships with NGO partners. Before that, she served in different roles at Nordtext, “one of the leading LSPs in the Baltics.”

Raugule told Slator, “Over the past few years, I have started to view language services through the social-impact lens, not just from the point of view of a successful business. With all the social and environmental changes that we are undergoing as a society, I think social impact will become an integral part of any business, including that of LSPs.”