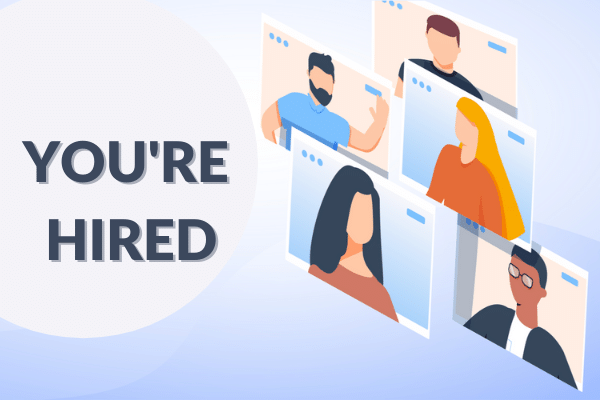 Europe and Asia give Crystal Hues Limited (CHL) most of its business, according to COO Radhakrishnan Mani. Mani joined the India-based company on May 11, 2020 and reports to M. L. Sudheen, Founder and CEO. He works out of the Bangalore office, but “due to the pandemic, the entire organization has been working from home,” Mani told Slator.

Mani was introduced to the localization industry after the data annotation company he worked for was acquired by SaaS company i2 Technologies. As Senior Consultant of the Global Customer Support team, he “handled localization testing of various products in multiple Asian and European languages,” from inception to localized product release.

After 15 years of “mastering content management, Internationalization, localization, and testing, working with a 20-member internal team and external teams at vendor sites in multiple European countries,” he joined Wipro to lead its 40-person localization team, and then Mayflower, which has since been acquired by Summa Linguae. He left Mayflower to start his own company, which specialized in localization and testing, running the business for more than six years before joining CHL in May.

According to Mani, CHL implemented a “Work From Anywhere” policy for all 100-plus FTEs working out of six offices in Asia at the onset of the pandemic and were able to continue delivering “uninterrupted support at full scale.”

Asked if they plan to return to the office soon, he replied “Considering the present situation in India, it is very remote that there would be any significant change in the next two months, especially since there is no adverse impact on the delivery capabilities at present.”

However, the pandemic did affect the entire Indian language industry market and there was a “drastic” slowdown with “many clients across the industry reducing projects or stopping activities altogether,” Mani said.

Still, he remains optimistic: “With India’s diverse culture and 20+ languages, the translation and localization business in India has been and will be one of the fastest-growing sectors.”

However, he continued, “The Indian translation industry is young compared to those in developed nations, which are well organized with mature businesses.”

Also, the talent pool poses a challenge: “There are thousands of linguists / translators who have graduated from well-known colleges, but only 15–20% of the translators in India have domain expertise and are well-versed with technologies including CAT tools. Being an unrecognized profession, it is very difficult to find a domain expert who can deliver translation per specific guidelines.”

Mani recalled how the talent pool was also very limited during his early days in the industry, “but they used to deliver high-quality translations based on the domain. Today, we have a large talent pool, but they lack in output and quality.”

But there is hope, according to the Crystal Hues COO as “India has 560+ million Internet users, with as many smartphone users, consumers, and sellers going online. Government establishments are pushing to provide content in regional languages to reach the rural population and build digital India. This has given a significant boost to Indian linguists and the Indian translation industry.”

He added, “In the present pandemic, there is demand for translation and localization services as most organizations are willing to localize their content and e-learning products to reach a larger audience.”

Meeting clients has, thus far, not been a major challenge despite the pandemic, according to Natalie Krüger, Regional Director for Switzerland at lengoo. Based in Zurich, she reports to Christoph Esser, CSO, and the Swiss-based teams, in turn, report to Krüger.

Krüger, who was headhunted and recruited during lockdown, stepped into her role at the German LSP on August 1, 2020. She said, “During my time with lengoo, I have had both online and onsite meetings. Virtual meetings have become a part of my everyday life and during onsite-meetings we are stringent about taking all the right safety precautions.”

Her passion for languages and cultures led Krüger to work and live in eight countries across four continents. In 2005, she settled in Zurich, where she “held various general management assignments and leadership roles, successfully developing brands in new markets and enhancing profitability.”

By 2014, she had moved to the language services industry via the business development team at Lionbridge Switzerland (formerly CLS Communication), “where I was responsible for generating new revenue and promoting company growth.”

Asked if being focused on B2B enterprise sales during the pandemic presented a challenge, Krüger replied, “With the Swiss economy being under enormous financial pressure, companies are very interested to hear our unique value proposition. We believe that our customers can save money in the right places through the use of artificial intelligence and the implementation of radical process improvements.”

On how she views the language market in Switzerland, Krüger said, “On the one hand, regulated industries face a dramatically increased sensitivity towards cost, and on the other hand, the demand for fast and high-quality translations in the life science sector has surged during the coronavirus crisis. We see this trend continuing over the next few years.”

Business at AMPLEXOR has remained “robust” thanks to demand from the Life Sciences and Manufacturing sectors, said Senior Director of Business Development Yves Lang, who joined the Luxembourg-based LSP on May 11, 2020. Working remotely out of Denver, Colorado, Lang reports to Arnaud Daix, SVP of Sales and Account Management.

Lang has worked in the localization industry for nearly three decades, “and it has certainly flown!” he said. He spent his first decade in Operations in various roles (e.g., French and German translator, Project Manager, Account Manager), and then progressed to leading Sales and Marketing at ENLASO for 18 years as Chief Sales Officer, before transitioning to SVP of Global Sales at Argos (which has since acquired ENLASO) prior to joining AMPLEXOR.

Lang was hired “while the world was on lockdown, and am so looking forward to meeting many of my colleagues in person.” He said 100% of the company’s global workforce successfully transitioned to remote work within 48 hours after the onset of the pandemic “with little impact.”

He added that they are now monitoring the situation to ensure the well-being of staff, “as well as specific business requirements that would justify reopening the facilities.”

Even in light of advances in neural machine translation, CAT tools are here to stay, said Maciej Raczka, Solution Engineer at memoQ from March 1, 2020. He reports to Dominika Olszewska, Head of Hub for Central and Eastern Europe and the Nordics, who, like Raczka, worked at XTRF prior to joining memoQ.

Based in Warsaw, Poland, Raczka works from home “and this is a permanent arrangement.” He has worked remotely for years so “2020 has not been any different for me in that respect.”

Raczka spent his early career “teaching English in Ulaanbaatar, Mongolia, and then Polish as a foreign language in Baku, Azerbaijan.” He told Slator, “Those times defined my curiosity and open heart. Then came my XTRF stretch, which I will always cherish as the most enlightenment and inspiration I could get from a single job. I met some of the greatest folks and discovered the best industry in the world — which, on top of everything, appreciated my work.”

His joining the language industry began with the trip to Baku in 2009. Raczka recalled, “I met some of the previous Polish teachers who worked there. Łukasz and Kasia Kaleta had given me a handful of great stories and good advice about Azerbaijan. When I asked Łukasz what he was up to after that job, he replied, ‘Well, it’s hard to explain, but it’s about linguistics and computer stuff.’

After about four years, Raczka applied for a job at XTRF, “only to discover that my colleague Łukasz Kaleta (and Kasia too!) was working there, doing ‘linguistics and computer stuff,’ developing software for the translation and localization market, which, before then, I had no idea even existed.”

On how he came to memoQ, Raczka said, “Obviously, I knew about memoQ for years, but I did not plan to apply. I thought I would drift away elsewhere — but Dominika, my old colleague was really persuasive. As she does for a living, Dominika did a great job ‘selling’ memoQ to me and I thought that it’s a blessing and a chance I should not waste: friends and passionate people, who pull you in what they consider a great place to work.”

Asked for his views on the lifespan of translation productivity (a.k.a. CAT) tools, Raczka replied, “I don’t believe that CAT tools are going anywhere, anytime soon — not just because I started working for one.”

He added, “Software is easy to predict, because it’s fairly easy to manage. But people aren’t, and human beings will not be taken out of the deal in most applications. Out there are project managers and linguists, who are rather conservative, but all trust in solid, reliable tools. People, whose choices are somehow not that easily defined during the breakthrough discussion panels of visionaries, yet [these same people] are and will be very sought after.”

Rather than reaching the end of its product lifecycle, CAT tools will remain in cloud or on-premise solutions that automate the workflow, according to Filip Klepacki, Solutions Engineer at memoQ from May 1, 2020. He reports to Bernardo Santos, Head of Hub for WEMEA at the Budapest-based translation tech provider.

Klepacki works remotely out of Poland as he has done for the last three years. Before memoQ, he worked at AMPLEXOR for six years, rising to the post of Resource Manager prior to leaving.

“I have always been interested in languages. Apart from my native Polish, I speak English and German, know a spot of French and Mandarin Chinese. And I have always liked learning new things, teaching, and training others,” said Klepacki, who was an English teacher early in his career.

He said, “The language industry seemed like a natural choice. I was supposed to work with German clients at the beginning, but then it turned out a French team needed someone, so I was given a chance to work with a great team in Toulouse and then in Poland too, became a Team Lead, and I found it very rewarding to be working in foreign languages, putting them into practice.”

According to Klepacki, this background allowed him to train others in CAT tools and internal processes — and “the move to memoQ is a dream come true” as he gets to work with “great people, passionate about the product,” and gets to play with TMS and CAT tools while making clients happy.

Asked about predictions on the demise of CAT tools, Klepacki said they are “changing but they are not going anywhere.” He pointed out that “even with improving machine translation (MT) output, custom MT and MT with feedback, there will still be a need for CAT tools to do PEMT and possibly even more LQA to proofread and assess both human and MT output.”

“Plus there are still language pairs where MT does relatively poorly. CAT tools are going into cloud or server solutions that provide connectivity and automated workflows,” he said.