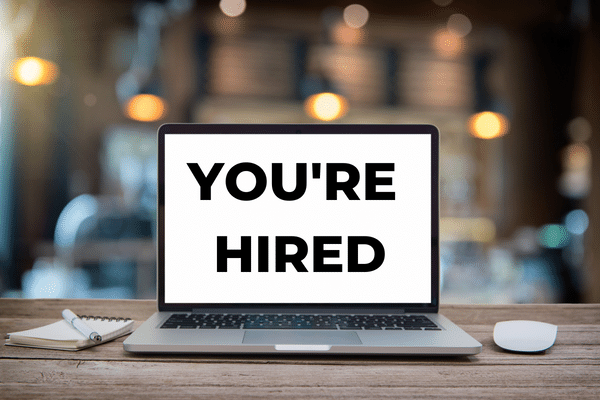 Slator’s hires column offers a glimpse into the inner workings of language service providers (LSPs): what they specialize in, how they run operations, how they engage clients, including SaaS localization, and the impact of changes in the global language market.

In this month’s column: Language I/O’s Tobias Rinsche talks about the end of device tracking and other tech that marketing has traditionally relied upon, posing a challenge to marketers, especially those working in regulated industries.

DigitalTolk’s Lina Ratouchnaia and Mikael Wall talk about growth plans at the language service provider (LSP). Appen’s Ilia Shifrin shares his take on why it can be a challenge to find experienced computational linguists.

Blend’s Ron Kraitsman, an expert in taking companies from transactional business models to SaaS, discusses the benefits of a subscription-based model. His colleague Noa Menko, meanwhile, talks about how the LSP deals with the current talent shortage.

And Unbabel’s Alex Cobb, a two-decade tech leader at SaaS organizations, shares his views on C-level movements from other fields into the language market.

At Language I/O, “the marketing organization is broken out by functional areas,” Rinsche said, which gives the company “the greatest flexibility as we enter new verticals and geographies.” These areas are Content Marketing, Growth Marketing, Product Marketing, and Public Relations.

His focus over the short term is “on optimizing our inbound engine to fuel Language I/O’s ambitious growth goals. Then, I am looking to implement a solid account-based marketing strategy.” Beyond that, the new CMO plans to build the team “to support growth along the whole funnel, from demand generation to retention and upsell.”

On the rationale behind his hiring, Rinsche said, “Among other things, I was brought on due to my significant experience in regulated industries such as healthcare and the financial sector. We have already made inroads in both and I look forward to expanding further there.”

Prior to joining the MT startup, Rinsche worked in a diverse range of sectors, including finance, food service, biotech, and government, aside from spending over a decade in the language industry. He most recently served as CMO at financial intelligence and software provider, Sayari Labs.

Rinsche told Slator, “From a marketing perspective, it’s a really exciting time. We are seeing a greater need for customer privacy to drive both stricter legislation and the end of third-party cookies, device tracking, and other technologies that marketing has traditionally relied on. This means that marketers have to work even harder to stand out with excellent products, inspiring thought leadership and great, actionable content.”

Rinsche is also excited about real-time, automated voice translation, which he said Language I/O is “close to releasing.”

Prior to DigitalTolk, she worked as CFO in the construction industry. Ratouchnaia’s entry into the language market actually began way back, when she worked as an interpreter during her student days. Service provision then was “traditional,” she said, far removed from the platforms of today that can match customer to interpreter in seconds. DigitalTolk is, of course, one such platform.

According to Ratouchnaia, the company is “well-positioned to continue growing in Sweden, both by expanding into new segments and by offering new solutions to customers. The upcoming years will also be focused on expanding internationally, both organically and through strategic partnerships.”

Mikael Wall joined DigitalTolk as Head of Sales on March 1, 2022. Sales Managers, Sales Admin, and the Bid Manager report to Wall who, in turn, reports to CEO Virpal Singh.

Wall is new to the language market, having grown his career in the hotel industry, particularly within the Radisson organization. According to Wall, he “joined DigitalTolk rather than the language business,” per se, having been “captured” by the vision of its founders.

After successfully implementing a sales strategy for B2G, the Stockholm-based LSP has set its sights on the B2B market, Wall said.

Asked for his take on the significant number of marketing people from other industries moving to the language market over the past couple of years, he said, “It can have something to do with people’s mindsets. The new generation has a greater focus on wanting to work for more than just a paycheck. They want to do good, to help people, and to have a greater purpose than just putting food on the table.”

Shifrin is based in the Seattle metropolitan area, on occasion “leveraging Appen’s US headquarters in Kirkland, WA when needed.”

He works with language data engineers, computational linguists, localization and linguistic solutions technologists, and senior project managers, who are Shifrin’s “direct and indirect reports, making up one of the largest teams at Appen with several dozen FTEs.”

According to Shifrin, he was “hired to manage the AI Specialists team and take on the role of a hands-on language data operations leader for Appen’s top global accounts.” Prior to joining Appen, Shifrin held a similar post at Pactera Edge and, before that, ProTranslating.

Asked about the commercial viability of the data annotation space over the next 12 months, Shifrin replied, “Quality data annotation services across different modalities are projected to remain in high demand.”

As for which role on his team was toughest to recruit for, Shifrin said that hiring experienced computational linguists can sometimes be a challenge. He added, “Language professionals traditionally tend to lean more toward humanitarian sciences rather than computer programming, and only a few professional linguists choose to earn CS degrees.”

Ron Kraitsman joined Israel-based LSP, Blend, as Chief Financial Officer on February 1, 2022. He reports to Yair Tal, CEO. Kraitsman is responsible for the Finance, Legal, and Data teams, which include the VP of Corporate Operations, Controller, Assistant Controller, and Data Analysts.

Prior to joining Blend, he was the CFO of Signals Analytics, a data analytics SaaS platform acquired by marketing platform Skai (fka Kenshoo). Kraitsman has spent some 25 years as a financial leader, much of it taking companies from transactional business models to SaaS. He believes his experience fundraising, scaling, and leading business-model transitions will help him in his new role.

Asked if his hiring meant that Blend was transitioning to SaaS, Kraitsman replied, “Yes. We are shifting to a subscription and commitment business model.”

Moving to a SaaS model, according to Kraitsman, is cost effective and increases customer satisfaction and loyalty. He explained that having Blend customers “paying to access our platform and premium features, and commitment for the volume of localization they are going to consume,” helps the LSP “allocate the right resources (i.e., AI and machine learning) and community (language experts, voice talents). This way, it is a mutual commitment that increases consistency, efficiency, and quality of the service.”

On the company’s growth plans, the CFO told Slator, “After the successful integration of GM Voices into Blend, we’re confident that we can expand our product offering and tech stack by acquiring a few more companies in the coming year.”

He said this will allow the LSP to continue rapid growth, expand its offering, and become an end-to-end localization platform.

Noa Menko joined Blend as VP of Human Resources on December 19, 2021. The HR team, several recruiters for various geographies (including Tel Aviv, Atlanta, and Ukraine), and an HR generalist report to Menko who, in turn, reports to CEO Yair Tal.

Menko brings over 20 years of HR management experience to Blend, most recently as VP of HR at global conference organizer, Kenes.

According to Menko, her focus over the next six months will be hiring for R&D, Sales, and Customer Success. “We would like to remain flexible and to be able to give our clients excellent service in their local time zone and language, so we have representatives for each department in our various global sites,” she said, adding that “APAC is one of the most challenging regions for recruiting.”

On the current talent crunch, the VP of HR said, “The competition over talent is huge and employee retention becomes more important than ever. Since we have offices in eight different areas, we can spread our efforts and be more flexible with our recruiting.”

Menko added that remote work and a freelance network help as well. With what she called “our freelance network of BLENDers (translators, content creators, and voice actors)” the LSP can lean on its “strong global community and stable pool of talents.”

On how Unbabel’s product unit is organized, Cobb said it was built for broad scale and flexibility: “For us, that meant starting with customer service as our foundational anchor solution and expanding from there. Currently, we’re organizing this by way of our platform group, and application group. Today, our platform is now built to support multiple workloads and go-to-market scenarios, and is ever-expanding.”

He said the company continues to expand following the acquisition of Lingo24 and a physical expansion to seven offices and nine hubs worldwide.

Cobb has amassed 20 years of technical leadership experience, working at SaaS organizations. He also has a track record of successful exits, including Commercia Corp. (acquired by Microsoft), Kony (by Temenos), and K2 Software (by Nintex).

His take on C-level movements from other fields into the language market: “It doesn’t surprise me at all. As technology, platforms, and tools mature, many people are recognizing the significant role language plays for customers. Language has become more relevant, and I think a lot of people are seeing how massive this market is right now, and the unique opportunities it presents to help enterprises truly operationalize language more efficiently and at scale.”