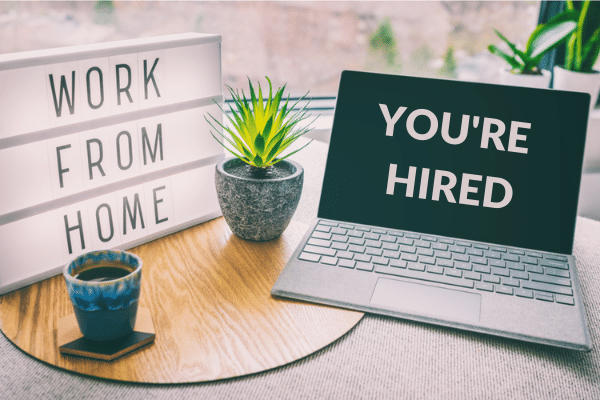 With the pandemic hastening the migration of processes and assets to the cloud, more language service providers (LSPs) and tech-driven companies are investing in tighter security. However, such investments need to be put in the right perspective, according to two Senior Solutions Architects.

Bolstering security against a ransomware attack that can shutter operations, for example, makes more sense than stopping people from intercepting a few disjointed strings. And data location trumps data security in the current list of concerns among customers who need to be nimble and agile as they handle the growing array of content coming from different platforms.

Meanwhile, more customers want to secure their own data instead of relying on an open source system. Hence, investing in access-related security improvements across the customer journey is key according to a newly appointed CFO.

And ISO certification remains a priority investment, such as ISO 27001, the international standard for information security management systems (ISMS), according to another CFO.

Klaus Skovrup joined LanguageWire as Chief Financial Officer on October 1, 2020. Skovrup is based in the company’s Copenhagen office. He reports to Søren Bech Justesen, former CFO of the Danish LSP, who took over as CEO back in June.

Skovrup said, “I truly enjoy working with Søren. He is always up for a good laugh and has an informal, down-to-earth attitude, which I think brings out the best in people. Søren and I are, in many ways, aligned around our values. We believe in being open, honest, ambitious, and empowering our people.”

A month into his job as CFO, Skovrup is “still on a steep learning curve about all the great things we want to accomplish with our content platform.” He added, “LanguageWire is a tech company. You can compare that to a lot of IT companies, which are improving processes and systems, enabling companies to focus on their core competency. Most of our revenue streams are driven by projects, which is also very comparable to the IT industry.”

He said LanguageWire continues to scan the market for interesting acquisition opportunities, and the motivation can either be talent, tech, or access to strategic customers. As previously mentioned, after LanguageWire was acquired (majority) by CataCap in 2017, it put its buy-and-build strategy into play in 2018 by bolting on Danish software firm FrontLab and buying rival LSP Xplanation.

Skovrup said their top three verticals (i.e., Engineering & Manufacturing, Travel & Retail, Life Sciences) have remained the same through Covid thanks to loyal customers, although “like most in the industry, we have seen a reduction in the size of orders.”

About LanguageWire’s recent investments in security and compliance, Skovrup told Slator that, on top of existing ISO certifications (i.e., 17100 and 9001), they also just obtained ISO 18587 for PEMT; and, earlier this year, ISO 27001 certification (ISMS), “something which only a handful of our peers in the language industry have achieved.”

Another important investment: Identity Access Management (IAM) to bolster security for the entire user-journey across the LanguageWire platform as “companies increasingly want to secure their own data instead of using an open source system, where you accept the providers’ terms and give them the right to control your data.”

Martin Konop stepped into his role as Chief Financial Officer at Memsource on September 14, 2020. He reports to David Čaněk, Founder and CEO, as well as the Memsource Board. Konop works out of the company’s Prague head office. He said most of the team still works from home but remain hopeful that things will normalize in the coming months.

Named to the 2020 Forbes 30 Under 30, Konop was recruited via “network referral from the Carlyle Group,” which acquired the majority stake in the CAT and TMS provider this summer. Although he was familiar with the Memsource brand, the company “never popped up in our investment pipeline at Rockaway Capital,” the VC/PE firm where Konop worked up until he joined the company. “The truth is that Memsource has been operating somewhat under the radar until recently,” he said.

Konop said his CFO role is, “in reality, very commercially involved,” spanning sales and marketing, revenue operations, customer success, as well as M&A. That is, on top of the usual CFO tasks of reporting, budgeting, and so on.

Asked for his take on the recent string of M&As in the industry, Konop said the consolidation of traditional, incumbent LSPs is “a rational development of any mature market, where it’s all about the economies of scale.”

Technology will, obviously, play a crucial role in transforming the industry, he said, adding that he also sees a large portion of the enterprise market as blue ocean. Therefore, “whether or not some tech players are bigger than the others, it will be primarily about the right product-market fit and providing customers, small or large, with a solution that is significantly better than anything else on the market.”

Konop pointed out how the entire market has been naturally cautious and more risk-averse since March. And, while Covid “nudged some customers to consider using technology for their localization needs much more aggressively to be more efficient,” the pandemic prolonged the sales cycle as people were unsure of how the situation would unfold. He added that Memsource has been fortunate enough to get back on track to its pre-Covid trajectory.

Konop said most the business right now comes via Software or Tech (including Gaming and E-commerce), Translation, and Consulting. As for recent investments in security and compliance, he said they just renewed their ISO 27001 (ISMS) certification and definitely plan to invest further.

As part of the solutions team, Weisgerber is “deeply involved” in the customer journey. He said, “I love problem solving, which is why I enjoy this role so much. I get to work with a diverse and talented team of localization nerds like myself and bring all my years of experience to bear on solving current problems and shaping the future of localization technology, which makes it fun.”

According to Weisgerber, there is a common misconception that translation processes differ in some important way across industries. “That’s really not the case. Each comes with special requirements and emphases, but the fundamental building blocks of localization workflows are all the same. That’s why a really flexible enterprise TMS can support them all.”

He also noted the growing interest in continuous localization. “As I often say, all content wants to be continuous — so it’s nothing radically new or different. But it is the growth of enabling technology on the authoring and publishing side for different content types, such as marketing automation applications, that is driving growth and variety in demand.”

As for investing in tighter security as more processes move to the cloud, Weisgerber said, “The hesitation of many to move into the cloud is often somewhat misdirected. When it comes to localization processes, the irony is that, in most cases, current cloud security is an improvement over the previous email-based process!”

He pointed out that any security requirement will, ultimately, “push against the potential benefits of integration, automation, and global access.” And while the “ever-increasing demand for more and faster translation drives the IT security folks crazy,” it is important to assess potential benefits versus costs in a company’s risk analysis.

“I often think that a stoppage like a ransomware attack that brings all your enterprise localization to a sudden halt is a more costly threat than someone intercepting a few disjointed strings. So I think you want to emphasize [security] apps with strong backup and recovery programs,” Weisgerber said.

On security and compliance standards, Weisgerber had this to say: “XTM is a big supporter of standards. We encounter this mostly as corporate policy requirements in order to be considered for deals. And so there is definitely a lot of value when you’re competing at the global-enterprise level. Nonetheless, as a solutions guy, I have yet to see the day when a customer says, ‘Oh, you’re ISO 27001 certified? Well then you can skip sections 7 through 9 of our 35-page RFP.’ Ha, this is the day I dream of!”

Ljungström is a “Berliner by choice, after falling in love with the city’s multiculturalism” when he moved to the German capital in his early 20s. He said, “I’ve been working in the language industry since 2005 as a translator, teacher, CAT-tool trainer, and language technology consultant. I worked closely with all kinds of companies in the DACH region.”

At XTM, his responsibilities include implementing and providing technical support for XTM Cloud users as well managing client onboarding and pre-sales activities. Asked to comment on the company’s current client mix, Ljungström said, “It is fair to say that large enterprises and mid-size companies are more frequent buyers of our technology. LSPs are fewer.” He added that XTM has had recent wins from several verticals (e.g., software, retail, manufacturing, automotive).

Asked if Covid has led to an increased concern over security issues as more assets and processes move online, Ljungström replied that there is more concern around the location of data than anything else; that is, “when migrations can happen and when integrations for content repositories can be plugged in.”

According to Ljungström, “Clients have a growing array of content coming from different platforms and locations. In the current climate, they are looking for nimbleness in being able to plug these into their localization hub, so they, in turn, can be agile, localizing in a more consistent way.”