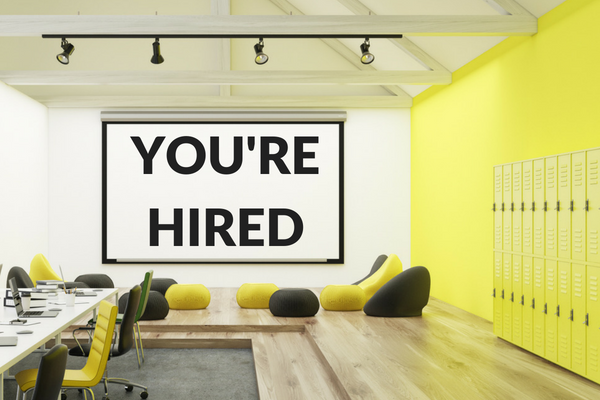 When Brussels-based Lexitech opened its subsidiary in the French capital, it appointed Jerome Bichot as its new country manager for France.

Born in French Britanny, he studied literature, translation, and interpreting in Germany. He moved back to France in 2000 working mainly as a business developer in various areas, including machine translation, CAT and TMS systems, social media marketing platforms and language services.

Since his appointment in March 2018, he said he has been visiting long-time clients on the ground and reaching out to companies.

“Our priorities for this first 100 days are very simple: show our existing partners how important the French market is for us and convince the maximum of new companies to try something different,” he said.

Bichot is based in Paris and reports directly to CEO Geert Vanderhaeghe.

Asked how he was recruited for the role, he said he was approached by a headhunter who knew him and was aware of the type of challenge he was looking for. Prior to joining Lexitech, Bichot had senior management roles at ITC Global Translations, Technicis,PureAgency.com, and Wildfire, a division of Google.

“The fit between Geert Vanderhaeghe’s expectations as the CEO of Lexitech and my experience in the field has been the reason why we both decided to join our forces and launch the French subsidiary,” he told Slator.

He said the language services market will certainly continue to grow in France on the same trend than last year (from 6% to 7% on a global level). “And the demand will also continue to increase in the digital sector.”

To date, Flitto has received a total accumulated investment of USD 14m at Series B investment stage. Hence, among his most important external tasks is in the area of investor relationships.

“As the CFO, I am in charge of all communication with existing investors, and I’m currently working on attracting new investments as the head of finance,” he told Slator in an email interview.

Headquartered in Seoul, Flitto also opened offices in China (Beijing) in 2015 and in Japan (Tokyo) in 2018. Based in the Seoul HQ, Chung reports directly to the CEO.


Prior to joining Flitto, Chung, who graduated from Seoul National University (SNU), worked as a certified public accountant (CPA) at Samil PwC, a member firm of PwC for six years. He also worked for more than three years in a private equity firm where he said he had done inbound/outbound M&A work for global PEs such as Affinity, Baring, and MBK as a financial advisor.

Asked why he joined the South Korean LSP, he said: ”I strongly agree with the way Flitto breaks language barriers all around the world by handling the demands of translating with not a single translator but multiple translators using crowdsourcing on Flitto’s platform.

In Korea’s traditional language services industry, he said video and machine translation were leading trends in 2017 and continue to be so in 2018.

“Local LSPs are forecasting higher demand for MT due to the fact that the technologies in the field are further improving,” he said. “On the other hand, Korea-based IT and telecommunication companies have entered the language service market developing their own machine translation over the last few years.”

Chung believes that Flitto, which is also a language database provider, would have an increasing role in the industry as a provider of parallel corpora and speech data to Korea-based IT companies and the global market.

In a nutshell, she said her primary responsibilities include tracking partners’ quality performance, working closely with them to help them devise and implement quality improvement, and putting in place training programs in all areas of the localization business.

Maxera has a degree in translation and has been in the localization industry for over 20 years. She is based in Dublin and reports to the Linguistic Services Group Manager.

“I have worked, on and off, as a linguistic consultant on a freelance basis and for various organizations before joining Moravia on a permanent basis. Before that, I held various jobs and at different levels of seniority and for various companies, from language co-ordination to vendor management,” she shared with Slator.

“This role(at Moravia) entails putting into practice all the learnings taken away from the previous roles I held,” she said.

Asked what are the key challenge in the language services industry that she sees today, she answered easily: machine translation.

“MT is the main challenge. Yes, I do think it will have an impact on demand for translation (or related services, like MTPE) in a positive way,” she said.

However, she said there is only a small portion of the linguists in the market that see the bigger picture.

“This is purely down to lack of information rather than a shortage of alternatives within MT. The great majority of us see it as a way of cutting costs for the client while jeopardizing productivity and linguistic quality. I, myself, am not very knowledgeable in the area but I am learning how positively the localization industry can be impacted if we gave MT a chance,” she said.

Based in Hamburg, Germany, she reports directly to founder and CEO Houman Gieleky.

Kretschmer said she plays an active role in designing the company’s B2B marketing strategy and supports the growth of the company’s presence and publicity in the Germany, Austria, and Switzerland (DACH) region.

“I have always been interested in working in an international environment. That’s why I gained professional experience in the Australian television industry while I was a student, for example, and studied an international program as part of my degree to learn more about the functioning of the United Nations in New York City and Vienna,” she told Slator.

But Kretschmer’s interests are varied. She had also worked as a PR consultant and marketer since gaining her master’s degree in journalistic and communication sciences in 2011. She is also a business administrator.

Asked what influenced her decision to join the German LSP, she said: “When I had heard that Toptranslation, which I already knew from the trade press, was searching for someone for the position of Marketing Communications Manager, I was immediately enthusiastic – as this was the perfect opportunity to combine my professional skills with a global workplace.”

She said her focus now is the B2B sector.