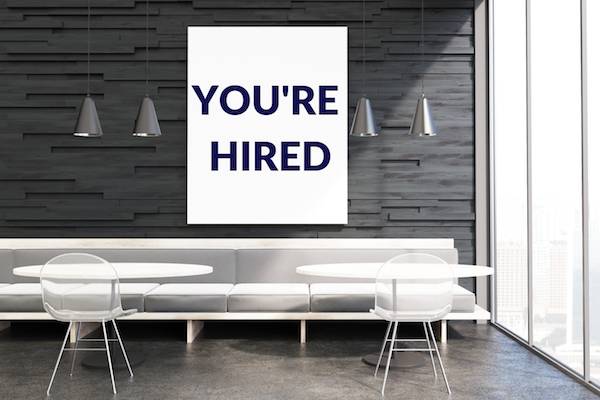 Different technology trends are currently shaping the language services market — neural machine translation (NMT), for instance, is the top megatrend to watch, according to readers.

However, for Gábor Fauszt, the new Client Service Director at translation software provider memoQ, digitalization is his main concern as it is “the largest challenge in the verticals we operate in.”

Fauszt joined memoQ in the last quarter of 2018 after 10 years of working in various positions at IDC (International Data Company), including as Country Manager in Hungary. He was mostly involved in general management, but also sales and consulting with a focus on IT vendors and end users.

“After a decade at the same company, I was looking for a challenge where I could use my skills and be part of a fast-growing organization,” Fauszt said. “Additionally, the company has an excellent team spirit and a working climate, which all contributed to my choice of joining.”

Fauszt works out of Budapest and reports to Brúnó Bitter, Global Head of Sales and Marketing.

Another recent addition to memoQ’s roster of executives is Dominika Olszewska, the company’s new Business Development Manager. She works out of Kraków, Poland and also reports to Brúnó Bitter.

Olszewska said she had three main points of focus in her new role: “building lasting relationships with our clients, prospects, and industry stakeholders,” handling enterprise customers, and managing both LSP and enterprise customers for the Polish market.

She recalled how her translation and interpretation studies at Kraków’s Jagiellonian University catered to her love for translation. But as she was “a typical people’s person,” she missed the human factor in the work. She took up a Business Development (BD) role in a local IT company and later moved on to a similar position at translation management platform XTRF.

“It felt like a dream come true: a BD job in both IT and translation! Then I wanted more responsibility and ownership over my work and that’s when I joined memoQ,” Olszewska said.

She is “especially excited” about a couple of challenges: focusing on enterprise clients due to their variable needs, structures, and processes, as well as building a sustainable BD strategy.

Denmark-based language service provider AdHoc Translations welcomed Jakob Halskov as its new Chief Technology Officer in January 2019. He is based in the Copenhagen HQ and reports to CEO Kenneth Loberg.

He found “the patterns of both natural and artificial languages exciting,” Halskov said, so he added a PhD in Computational Linguistics to his MA in English and Japanese. He first focused on text mining and computational terminology, helping develop prototypes for the Danish Language Council for four years before joining Japanese e-discovery and AI vendor Fronteo in 2014.

“As senior technical researcher with Fronteo, I had the opportunity of creating text mining prototypes for ‘exotic’ languages like Japanese, Korean, and Chinese, for example, for information extraction tasks like finding the ‘smoking gun’ in huge corporate email archives seized in international litigation cases,” he said. Halskov has since returned to Denmark and is in the process of hatching a startup edutainment app.

Asked why he joined AdHoc, Halskov said he had been working in natural language processing (NLP) for over a decade, “but never for a translation agency.”

“Since I enjoy taking on new challenges and seeing the exciting impact of, say, NMT on the translation industry, I found the role as CTO of AdHoc Translations highly attractive,” Halskov said.

He cites optimizing the use of NMT engines as one key challenge of language technology. Halskov said he personally witnessed how domain adaptation and seamless integration into content management platforms are important aspects of NMT.

Keddie entered the language services market in “the days of Big5 encoding for Traditional Chinese and GB for Simplified Chinese, [and] Trados was still an independent company and Bowne Global was the biggest fish,” he said, referring to GB2312, the official national standard character set for Simplified Chinese.

For several years, Keddie held mid- and senior-level roles for companies like QTranslation, EQHO Globalization, LanguageWire, and Gengo helping setup new offices, devise and execute go-to-market strategies, and consulting with “thousands of companies from all over the world.”

Now he lends his expertise to MoGi, where “the energy is great! Everyone is hyper-focused on delivering a world-class customer experience to game developers and publishers.”

“My primary focus is consulting with Asian game developers and publishers,” Keddie said.

In November 2018, Poland-based Summa Linguae announced the acquisition of Swedish LSP Kommunicera. At around the same time, veteran industry professional Lea Backhurst was appointed as the company’s new Managing Director for Nordic operations.

Backhurst informed Slator that he is “responsible for the former Kommunicera Communications Group and its locations in Gothenburg, Oslo, and Copenhagen.” Based in Kommunicera’s former HQ in Gothenburg, he reports directly to Summa Linguae CEO and founder Krzysztof Zdanowski.

Backhurst brings over 25 years of industry experience to Summa Linguae, both as a founder of his own translation business back in 1993 and a seasoned executive who has held various roles, from production to country management, in different LSPs.

In his new role, Backhurst said he is preparing the former Kommunicera for the next step in “a growing global economy, [where] we constantly need to communicate better and faster.” He noted that Kommunicera had already been a noteworthy provider of automated solutions for the Nordic e-commerce sector and hopes to combine that with Summa Linguae’s strengths.

On which industry challenges he feels are most relevant to his role, Backhurst said “technology will always be a driver in this industry. The challenge is to support each customer’s digital transformation journey in a customized and personal way. One size will not fit all.”

He added, “I look forward to a journey beyond traditional translation platforms and static workflows. The next few years will be interesting, disruptive times for this industry.”

Back in November, Semantix got a new Director of Operations in Charlotta Calås, an industry executive with nearly two decades of experience in the language services market. Based in the company’s HQ at Stockholm, she reports to Head of Translation Britta Aagaard.

“I started in the language industry back in 2000,” Calås said, adding that she moved back to Sweden after a gaining a few years of international customer service experience in Texas. “The combination of languages, cultures, and service in a fast-paced environment was a perfect fit for me. I took on various roles at several LSPs before I, in my previous position, became a program manager handling large technology accounts at Translations.com.”

Calås heads the production teams of Semantix’s four Nordic markets. The teams include project managers, vendor managers, and in-house translators. She said her objective is to “lead the teams through the ongoing change processes at Semantix and prepare them for exciting and interesting transformation in the industry. I wish to empower people around me, build trust within the teams, and create a high performing culture overall.”

According to Calås, she joined the company because “Semantix is going through a very exciting and fast-paced digital transformation.” She explained that language technology is becoming increasingly important, while also making LSP service models increasingly complex. “We aim to make the user experience as simple as possible,” Calås said.

She added that it is important to stay agile and highly adaptable as “the speed of the digital transformation in society overall, and especially in the language industry, creates great opportunities, but also increasing pressure on staying ahead of the game.”

Calås concluded that “technology will not replace the human interaction,” and people will be more important than ever in roles that relate to managing production and customer relationships.