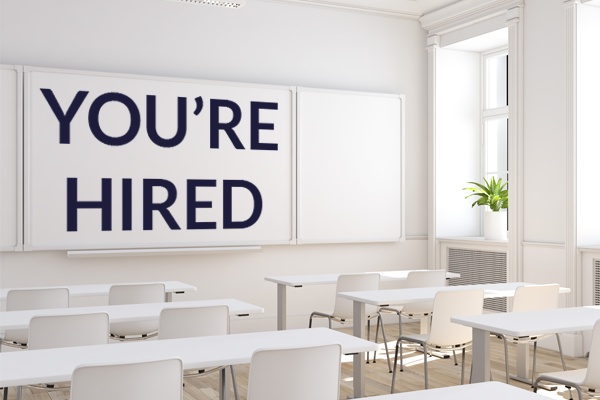 “The concept interests me. I love working at a startup with more opportunities, and Oyraa is a really new company, established in 2017,” she told Slator in an email interview.

“I love studying foreign languages. When I was a university student, I studied Chinese at Sichuan University in China. And after working in India (2008 to 2010), started studying Hindi,” she shared.

“As recent news shows, Japan is not a good country for working women actually, but the language business has been a ray of hope for them because they can continue working for years using their language skills,” she said.  “So I hope to make a positive impact on the language services industry.”

She added that in Japan, there has been no upward pricing pressure in the language services industry for many years. “High quality and low price are always required,” she said, adding that it has caused a negative effect on freelancer income. “I believe that destructive invention which changes industry structure itself is required,” she said.

As Director of Business Solutions at GLOBO, Andrew Roush said that his role is to be a “resource to others.”

“I partner with organizations to increase visibility and control of their Limited English Proficient (LEP) customers’ and [enhance] patients’ experience,” he shared. “Another part of my role is to educate leaders and champions, working to improve their LEP experience and language services program as a whole.”

GLOBO is headquartered in Philadelphia, but Roush is based in Tucson, Arizona, and reports to Matt Schuh, VP of Sales and Strategy.

“I was born in Tucson, Arizona […and] grew up with three awesome and very competitive brothers (all close in age).  You can imagine how a simple task of chores turned into a competition of who could do theirs the fastest. I even remember competing with my brothers in a long-distance race, out in the middle of the desert, to prove who could run the furthest. That was life, and I loved it,” he shared.

After he received his business degree from the University of Arizona, he said he started working for another LSP. After five years and some outside consulting, he joined GLOBO.

“While much has been invested in solving the language barrier from a purely technological perspective, there is a strong position in the market to leverage technology to better manage human services,” he said.

The business development manager role at Andovar, according to Sar, is multi-fold. It includes sales, client acquisition, revenue generation, client retention, looking for new business opportunities, relationship maintenance. Hence, one needs to know the market well. This is where Sar’s experience as a market research analyst will come in handy.

Three years after completing his management degree, he started working as results and development executive at The Times Group, India’s largest media house. After several years, he transferred to Infiniti Research, a UK-based company in Bangalore (India) as a business research analyst, where he was tasked with both primary and secondary research into global projects, as well as writing analysis and research reports for various industries.

“Through my experience in different domains and industries worldwide, I found that these days, expansion is key which allows companies not to keep all eggs in the same basket,” he said. “It is at this junction of globalization, the need for localization and translation comes into effect.”

While he is relatively new to the language services industry, he said he believes that like all industries, technology is a key to an LSP’s performance. For now, he sees the growth curve rising and says that “we need to make the most of it.”

Based in Andovar’s office in Kolkota, India, Sar reports to Russell Winterbotham.

“Sales have been a passion of mine for many years,” said Ranj Makhni, the newly hired Sales Manager for AAC Global in Sweden. Having lived and worked in many countries during the past 15 years, he said he eventually settled in Sweden as his wife is from Stockholm.

Before joining AAC Global, Makhni worked for a tech company also based in Stockholm where he was the sole account and sales manager for the past few years. “Before that, I was in sales for an ultra-high-end consumer goods website (the go-to site to buy a private jet, yacht, etc.),” he shared.

At AAC Global, he said he is responsible for the entire sales process — from contacting the inbound leads created by the marketing department to prospecting and contacting his own leads, as well as participating in tenders.

“I am very fortunate to be in a role where I look forward to coming in to work every morning and am already active in attending events and further training courses,” he told Slator.

As consumers are more willing to shop internationally for the best-suited products, he said it is critical that those with products and services to sell can attract the right type of customers and provide the correct information, and in the most appropriate language to serve their clients.

“I foresee much growth here in the coming year,” he said.