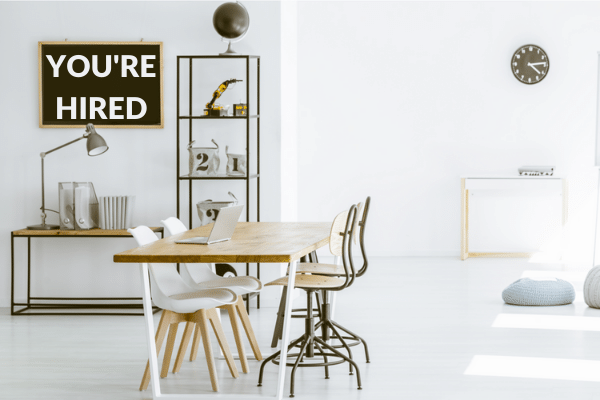 The investment of a language service provider (LSP) into growth via M&A continues way past acquisition and extends into tech integration, as well as improvements to back-office processes and reporting systems across the combined group, according to the new CFO of a public sector interpreting specialist based in the Netherlands.

Meanwhile, consolidation where “big boys buying other big boys is more fad than trend,” said the new Managing Director of a woman-owned business, which counts clients from US federal and state governments as well as the private sector as clients.

Moreover, major consolidation (plus Covid) has motivated LSPs to rethink how they partner with clients and “bigger does seem to be better,” said a newly hired Director of Business Development. He explained that clients, who have become more sophisticated, “often look for a partner of scale to grow globally.”

Christopher Carter became Managing Director of Schreiber Translations, the Maryland-based LSP founded by former ALC President, Marla Schulman, in 1984. As MD, Carter has been responsible for the strategic, day-to-day oversight of the company including business development from January 1, 2021.

Noting how consolidation has been a long-standing trend in the industry, Carter said it began with large LSPs buying smaller ones, then investors acquiring larger LSPs, and, now, large LSPs are being acquired by even larger companies.

He added, “Covid had more of an economic impact on smaller or mid-size businesses, which may increase their desire to sell, but may also have made them less attractive to buy lately. There is a small limited pool of large companies in our industry, so big boys buying other big boys is more fad than trend.”

Carter, who, until last year, served as President of the Association of Language Companies, designed and built the first database-driven platform for ALC Bridge, which connects businesses and the academe to prepare students for future careers in language services.

The main reason he joined ALC Bridge, Carter said, was “to help grow and improve the size of the workforce for the language industry. The industry is growing, quickly, so where is all our talent?”

During ALC Bridge’s outreach, he saw “just how few people are pursuing careers in language; and of those, how few realize the importance or benefit of having domain expertise in addition to language. But what’s worse is how few students, and even academic professionals, are aware of the amount and breadth of careers available in the industry — both freelance and in-house.”

Carter, who continues to sit on the ALC Bridge Executive Committee, further said, “So many of us already here spent years before we found this industry; ALC Bridge wants to help young professionals find and join us much earlier in their careers.”

The Schreiber Managing Director also pointed out that although the dearth of linguistic support in rare, long-tail languages is well known, they have noticed “a growing shortage of talent for many common languages in highly technical domains.”

Visch hails from the IT and telecom sectors, where M&A runs in the tens to hundreds of billion dollars. He noted how there has been strong consolidation among translation businesses, but not so much among interpretation companies, which he expects “will follow over the next couple of years.”

For its part, Global Talk acquired Sweden-based interpreting company Tolkresurs Sverige back in 2019 — completely folding in its Swedish and Dutch operations by July 2020 — and Tolkresurs now trades as Global Talk. Visch said, “We are working closely together with the team in Sweden and have integrated most of the business. Besides that, we are live with our interpreter matching system and have integrated most of the back-office processes.”

Additionally, the CFO told Slator, “Global Talk acquired TolkenSelect B.V. through an asset deal in October 2020. TolkenSelect was the third supplier of interpreting services in the Netherlands. Both companies complement each other well if you look at the segments in which we are active.”

Asked what company would make an ideal target for Global Talk, Visch replied, “This could be a smaller company, or a company of a similar size to us. Ideally, in a country where the market conditions are comparable to the Netherlands, where (remote) interpreting services are well regulated and where technology can make a huge difference. What is most important is that there’s a great demand in a country or region, for example, because of large labor and/or asylum migration flows.”

He said Global Talk intends to maintain its “strong client base and history in the public sector” over the medium term even as they look to expand into new areas. Apart from growth via M&A, the interpretation specialist also plans to invest mainly on technology, particularly on developing their interpreter matching platform.

They also recently invested in “a group financial system across all entities,” which improved group reporting from the start of 2021, Visch said, adding, “it will allow us to leverage our excellent BI capabilities in a broader manner.”

Scott Swanson was appointed by ISI Language Solutions as Director of Business Development. Based in California, he reports to Michael Bearden, President of the healthcare and insurance specialist, which BIG acquired in September 2020. Swanson joined ISI on December 14, 2020 after serving in a similar role at SDL for a couple of years.

Before that, Swanson was Vice Chairman of the Board of Directors at the Defense Language Institute Foreign Language Center for four years. He also flew combat missions in Iraq under Task Force Viking and was awarded the Bronze Star.

Having been at SDL during its acquisition by RWS, Swanson sees consolidation as creating “opportunities for growth and development, which naturally drive compensation and productivity increases, primarily through technology.”

He said major consolidation coupled with Covid-related trends has led the language services market to redefine how it partners with clients. “Bigger does seem to be better. As clients become more sophisticated with translation solutions, they want to see its clear impact to their bottom and top line, and often look for a partner of scale to grow globally in a very centralized and strategic way,” Swanson said.

With the rapid (and global) growth of many clients, localization processes cannot keep pace, and Swanson noted how “many times, the use of translation is immature and quite siloed.” He added, “A client may have poor visibility and control over the translation processes, which causes overspending, delayed projects, and the inefficiency of multiple vendors. Creating a strategic partnership with the client, rather than continuing in a transactional relationship, is a tremendous need.”

Asked about how he views LSPs moving into the data annotation space, Swanson replied, “It is a natural progression of our industry. We offer several services that are highly similar to data annotation and have considered shifting into the space. We certainly have the teams and processes to scale it out.”

Felipe Alvarado joined Local Concept as Client Strategies Director on February 1, 2021. He reports to Michael Cardenas, President of the California-based LSP. Based in Spain, Alvarado is responsible for business development and sales in the US and European markets.

Prior to Local Concept, Alvarado was Business Development Manager for EMEA at Straker Translations. He said, “When I worked at Straker, there were a couple of acquisitions that were always helpful in terms of the scope of services we could offer, but also proved to be a challenge when it came to merging the two offices, workflows, and so on.”

He further pointed out how Covid gave bigger players “the opportunity to acquire smaller LSPs that could help them develop certain areas. On the other hand, some smaller companies saw these mergers as an opportunity to stay afloat and become part of something bigger.”

Post-M&A, Alvarado said it is important to improve internal processes, particularly “investing in automation tools for marketing, sales, HR, and others.”

Asked about translation demand in Latin America, Alvarado, who hails from Ecuador, replied, volumes are “not as big as in the United States or Europe. When I was in Ecuador, I worked in different companies and industries. In my experience, there were few translation requests, and they were all handled in-house or with freelance translators.”

As for how California-based Local Concept came to open a branch in New Taipei City, Alvarado said they launched there eight years ago “to serve some specific clients, but also to provide 24/7 customer service to clients around the globe.”

He added, “Taiwan remains a largely unknown destination and is often overshadowed by its neighbors, China, Japan and Korea. Nonetheless, Taiwan is known for its developed economy and as home to major technology brands such as Acer, Asus, HTC, and others.”