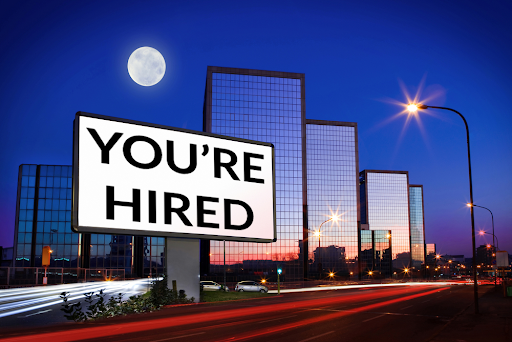 Kossman has joined SOSi from Defense Technology Equipment Inc. where she had been COO since 2016. For the four years prior to this, she was Executive Director of Procurement at CACI International and Chief Procurement Officer at 7-Touch Training (2010-2012).

She also worked as Director of Procurement for companies such as NCI Information Systems, Nextel Corporation, and LightSquared.

“I am fortunate to have had the opportunity to be a part of both the commercial and government sides of the procurement industry during my career, including experience working internationally and domestically. I look forward to putting that experience to work leading SOSi’s growing procurement team,” she said.

Kossman is based at SOSi’s headquarters in Reston, Virginia, and reports directly to COO John Avalos.

As part of the subcontracting team, she said she sees a combination of new technologies supporting the language services workforce. A neural machine translation engine (NMT), however, is currently just a tool to help expedite the translation process, and does not replace human translators.

“Until a solution reaches a 95% or higher accuracy rate, NMT will continue to be one of many tools in a language company’s toolbox,” she said.

When UK-based Testronic Laboratories opened a dedicated office in Bangkok, Thailand, it appointed Lily Gavin-Allen as Head of Game Business Development to lead the company’s push into Asia.

Gavin-Allen has been based in Thailand since 2013 when she started working in Chang Mai as a freelance marketing specialist. She then moved to Bangkok-based language service provider Andovar as Global Business Development Manager.

Testronic’s Head of Sales & Marketing Mike Betti said that “there’s a huge opportunity for Western game publishers to target gamers in the Asia-Pacific region, and for Asian publishers to bring their games to Western markets.”

“I am a gamer, I play a lot of mobile games and when I was younger and had the time, I would play on my PC, PlayStation or Xbox,” she said.

Gavern-Allen, who reports to Betti, said she initially came [to Bangkok] for four months and ended up staying.

“I was teaching for a while, but sales was always something I felt was my strength and something that challenges me every day. So I found a job in Bangkok. This was my first experience in localization,” she shared.

She sees a big divide between Western companies and Eastern companies. “The way the companies work [as well as the] workflow and process, translation knowledge, and priorities can be different. Even the gamers differ widely from a monetization point of view, as well as how bad translation can affect the game,” she said.

“Also, the restrictions for launching in some Asian countries can vary, as well as the availability of devices in some countries. So I think there is a big demand to help companies transition to the West and the East,” she added.

Based In Helsinki, Finland, Jani Heikkonen joined Delingua Language Services as Head of Localization in February 2018.

“I’m responsible for most website, SEO or software localization projects that come through the door. I’ll also be evaluating our processes and how we interface with our clients and our resources in the best and most efficient manner,” he said of his new role.

Heikkonen joined Delingua from AAC Global where he had been Project Manager for 12 years.

“My first eight years in the translation business were spent in the US at four different companies in three different states (Massachusetts, Colorado, New York). Since moving back to Finland just over 12 years ago, I’ve continued to work at translation companies. I’ve worn many hats: project assistant, team leader, DTP specialist, project manager and director of translation,” he shared.

At Delingua, he reports to the Head of Operations Marika Ryynänen.

“Many of these companies are technologically savvy themselves and their manuals would be quite right for an MT solution based on the language pairs and the types of materials they have,” he explained.

Sadly, he said many tech companies use MT without any language partner. “And then you, as the end-user, struggle to understand what the IFU is trying to tell you,” he said.

“After my degree, I joined the company as Junior Account Manager and took care of existing clients in the DACH region. After three years in the company I could fulfill my personal dream and traveled around the world for two years,” he told Slator.

Being competitive in a global business with localized tailored content is one of the key challenges he sees for LSPs.

“LSPs have to find a balanced workflow between technology and translators to get the best out of both worlds for their customers’ needs,” he said.

Dania Dalmonte studied conference interpreting in her hometown in Milan and moved to Stuttgart, Germany shortly after to start an internship at the KERN AG.

“There, I was looking after a portfolio of international clients in different fields, while actively looking for new potential clients. At the same time, for the first two years, I kept working as a freelance interpreter and translator in the German market,” she said.

She then moved to Switzerland and worked there as a freelance translator and later on as a key account manager for an international translation agency based in Germany.

As Business Development Manager at Translation Probst, she is also based in Winterthur, Switzerland, only a few kilometers northeast of Zurich, and reports to Marston.

She said that the key challenge facing most companies in the Swiss language services industry is the price factor.

“While only a few years ago Swiss companies tended to stay in Switzerland to purchase most of the services, today, more and more companies are showing greater interest for agencies beyond the boundaries, especially in Germany, Italy or France, where there isn’t any language obstacle either,” she said.

“Swiss translation agencies sometimes struggle to stay competitive while maintaining the Swiss standards we are known for,” she added.