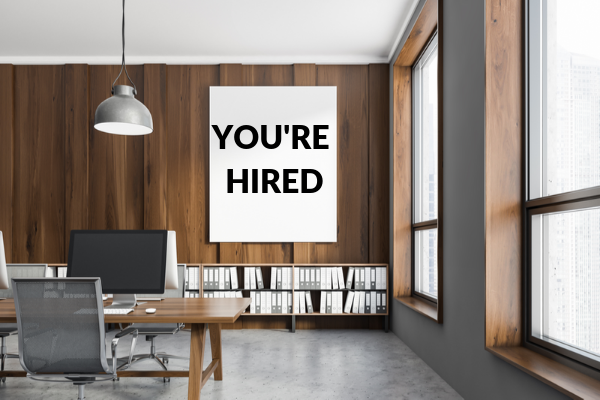 Compared to other industries, the sales funnel is quite long in language services, demanding very close follow-up throughout a client’s decision-making process, according to a Sales and Marketing Director who recently joined the language industry.

And while marketing has evolved and the execution is very much digital, traditional methods have not gone away, said another Marketing Director. Less frequent, however, are in-person meetings.

Buyers, meanwhile, will start to accept the shift in quality standards given the rise of machine translation, said a Head of Business Solutions, with quality being different from what it would have been had a human translated sans any help from a machine.

“I believe there has been a shift in the perception of marketing and what role it fulfills. It is no longer a one-way street of making the customer buy what we sell; but, rather, a dialogue and an opportunity to learn from one another,” said Anna Vildaus, who joined Baltic LSP Tilde on July 1, 2019 as Head of Marketing.

Working out of company headquarters in Latvia, she reports to Arturs Vasilevskis, Head of Machine Translation Solutions. Vildaus considers herself a language industry neophyte, having come to Tilde from the “emerging Baltic tech and startup scene.” She added, however, that “just like most Europeans, I have been a consumer of the language services on a daily basis.”

Prior to Tilde, Vildaus worked at TechChill, “a non-profit organization empowering the local startup ecosystem and promoting its international recognizability,” she said, adding, “Tilde was a close partner of TechChill, so I did not have to look far when looking for the next venture.”

Vildaus said, “Often without even realizing, companies have to invest so much of their time and resources in overcoming language barriers to successfully enter or sustain their market presence internationally. I noticed this was a pain point particularly for the European startups who, in order to go global from day one, had to face the challenge of presenting their brand in a multilingual market — 24 official languages within the EU population of more than 500 million, while companies based in the US enjoy the perks of a mostly English-speaking home market of more than 300 million people.”

According to Vildaus, a liberal arts major who speaks four languages, “While the average number of languages spoken in the Baltics is an impressive 2.7, there is still an enormous information gap created by language barriers and it is a matter of technology advancement to solve it without sacrificing smaller languages.”

She singled out the Scandinavian market as promising for business in the near-term, noting its “close connection with the Baltics business mentality-wise” and adding that “Nordic companies are also global-minded and quality-oriented.”

According to Steven Bussey, Marketing Director at Andovar, marketing has evolved on the back of advances in data and automation. “While we still need to plan using traditional methods and logic, the execution is very much digital. Tracking, analytics tools, business network directories like LinkedIn, and other technologies have made it much easier to obtain the right information, market to the right people at the right time, and deliver relevant and (hopefully) helpful content,” he said.

Bussey stepped into his new role at Andovar on June 10, 2019 and reports to CEO and Founder Conor Bracken. He had previously spent more than a dozen years at Singapore-based language service provider (LSP) EQHO Globalization.

Based in Bangkok, Bussey will oversee digital campaigns around multimedia localization and complex media content solutions. Among his responsibilities is “managing a series of external agencies and freelancers.” He told Slator, “I personally don’t think with the resources available, that one needs to hire large teams of internal full-time staff. I want to keep the team light and adaptable.”

He will also have a secondary responsibility as the Head of Media (Broadcast) Sales and, along with Digital Media Director David Scott, will work on training BDMs. Bussey said the company is positioning itself in the premium TV content market and has partnered with a major tech company that provides technology solutions, including MT for OTT subtitling (machine translation; over the top).

“We have the perfect setup and skill set to dub animated content in English as well as Southeast Asian languages,” Bussey said, adding that they have “three professional recording studios and a great range of locally based talent — in many languages, but particularly English, which for a long time had been used mostly for corporate productions. It turns out, a lot of these same talents are highly versatile actors.”

He sees “all industries with rich-media” as most promising over the next couple of years including, especially for Andovar, e-learning, games, and broadcast media.

We asked Tobias Neumann, Director of Business Development at XTM International, about the core differences between managing sales for an LSP and for that of a pure-play tech company. He said, for the former, he was “focused very much on the area of connectors and increasing efficiency,” [but] the biggest difference are the target customers I focus on and the competitors that are new to me. Another point is that the contact persons are usually different from the decision-makers at LSPs.”

He joined the web-based, translation management system (TMS) company in mid-June as Director of Business Development and reports to Sales Director Shamus Dermody. Neumann told Slator he “had been speaking with XTM for a time, but the XTM Live event in London convinced me to finally join.”

Neumann had previously worked at LSPs Xplanation, LanguageWire, and CLS Communication (now Lionbridge Switzerland). At XTM, he is tasked with building up “the DACH market out of Hamburg and, over time, the team piece by piece.”

Asked about his business development strategy, he said, “I focus on a very special group of target companies that is cross-sector. In addition, I benefit from my network in the LSP industry as well as from my time as an independent stock market player. My strategy is to go different ways than most of my competitors.”

He added that “lead generation is usually done by recommendation or direct approach. In contrast to the classic LSP business, personal meetings rarely take place, but many virtual meetings” do (e.g., via GoToMeeting).

Neumann sees “a lot of potential in the DACH (Germany, Austria, and Switzerland) region in the next five years.” He said, however, that the sectors in those areas “depend on the economic situation they are in,” which can change quickly and “for this reason, I have no favorites there.”

“Translation buyers do not stop at the funny mistakes made by Google Translate anymore. They are now more aware of the possibilities offered by MT. Some buyers are expert in MT and know exactly what they want. Yet, others are still hesitant and want to hear more. In between, there are buyers who want to use MT thinking they will significantly drop costs or delivery times,” said Christophe Eyraud, who joined the Acolad Group on June 17, 2019 as Head of Business Solutions.

Reporting to CIO Mathieu Kalia, Eyraud will lead a brand new team within the company’s Technology division. He joined the company after over 17 years at Semantix Finland, where he most recently held the post of Solutions Architect.

Eyraud said key to his role is client education and managing their expectations as to what MT can deliver. “This starts by educating our own people. We need to make sure our teams are aware — and convinced — of the possibilities offered by MT and other technologies. Only then we can go and preach the good word to our clients.”

He said MT has not plateaued and “will continue improving while, at the same time, the quality expectations from translation buyers will evolve. They will still expect top quality, and the translation delivered will be of top quality. However, that quality will be different from what it could have been with a human translating without help from a machine. Buyers (and end-users) will accept that shift in quality standards.”

Eyraud sees the next technology advances taking place “everywhere in the supply chain: improving the way buyers order translation, making project management less tiresome, and, most importantly, reconciling linguists with technology. We should not forget that linguists are not all tech-savvy.”

Joining the language industry from the hotel business, digital marketing, with “a short detour in the employment agency sector,” is Kyung Stuyck, who took on the twin roles of Sales and Marketing Director and Customer Relations Manager at Belgian LSP Mastervoice from June 7, 2019. She reports to CEO Eric Bauwelinck.

According to Stuyck, compared to other industries, in language services, “the sales funnel is quite a long one, taking sometimes a couple of months before decisions are taken and offers are confirmed. This demands a very close follow-up in order to keep tabs on the decision-making process on the side of the client.”

However, lead generation, “as in most sectors, happens on different levels. Our website was recently completely revamped, so lots of direct demands come from there, organic and paid search being the main contributor,” Stuyck said. She added that they “are now focusing more and more on social (Linkedin, Facebook)” [and] we have a very strong connection with our existing clients and generating more business from them is a spearpoint in our strategy.”

She, too, pointed out that “in-person meetings are not always feasible as we are running a highly international business.” Thus, they also use remote video conferencing.

Stuyck said that although cold-calling may not always be popular with salespeople, she firmly believes it has its merits. “If done correctly and wisely (prepared, frequent, open-minded, and with the right CRM), it can give your sales funnel a boost. Of course, conferences give you the much appreciated networking moments. I often discovered unexpected win-win partnerships on such occasions.”

On which areas are most promising sales-wise in the near-term she said, “Video remote interpreting, neural machine translation, and applied speech technology are key to our future success.”