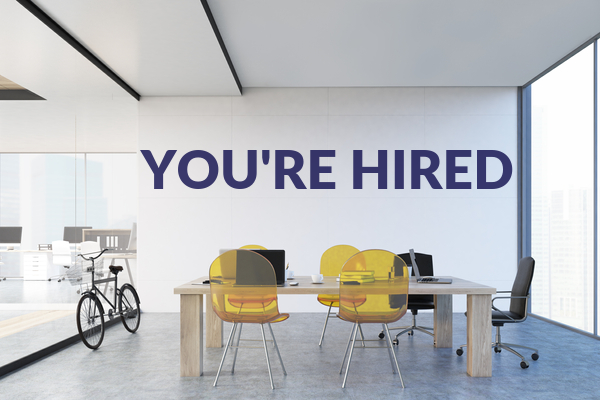 Generating leads in the language industry can be tricky because, as one Marketing Director who came from the buy-side said, it is pretty niche. While a combination of strategies will work for some, there seems to be a consensus that cold-calling (which one Business Director described as “pestering’) is not such a good idea.

There is no shortage of strategies, however — from digital marketing to conferences and events to crowdfunding as a marketing and PR activity.

Anssi Ruokonen joined Helsinki-based language service provider (LSP) Transfluent as Chief Operating and Marketing Officer on August 1, 2019. He reports to CEO Mikko Räty. Räty took the helm in January 2019, succeeding CEO and Founder Jani Penttinen, who had stepped down in November 2018. According to Ruokonen, the Transfluent Founder “is currently focusing on his new business, Utopos Games, but remains a shareholder and provides some US leads for us.”

Ruokonen also gave an update on the results of their 2017 fundraising exercise: “As you already wrote in 2017, the crowdfunding was a successful venture; and Transfluent expanded it’s ownerbase a lot and raised the target amount. The crowdfunding exercise was an interesting way to get funding and simultaneously do PR. It was obviously before my time, but I think it was a great thing to do.”

The result: “We have over 250 shareholders and due Jani’s departure there have been some changes in the ownership. Our shareholders consist of VC funds, angel investors, and investors from the crowdfunding.”

Asked about their expansion into Asia two years ago, particularly Japan, he said that, although they continue to support their Japanese customers, the LSP no longer has a dedicated support person in Japan “due to staff relocation reasons.” He added that theirs has always been a distributed workforce and their platform approach allows customers to work without the LSP’s constant intervention.

About that other PR activity, the Spanish version of whitehouse.gov (put up after the Trump Administration took down the “En Español” link from the official page’s sitemap), Ruokonen said it was an interesting PR case and “fun to read about when I personally investigated the company” prior to joining.

He said LaCasaBlanca.com was actually “a crowdfunding project of an individual person, which Transfluent supported by providing technical capabilities and at-cost translations. Unfortunately, the fund raised from the crowdfunding has been spent and no new support is on the radar.” The website has not been updated for some time.

Back in 2017, Transfluent’s biggest market was the US (47% v.a.v. Finland at 26%). Since then, the Finnish LSP has “grown more in the Nordics than in the US, so the numbers are different,”  Ruokonen told Slator, adding that he cannot comment on exact numbers at this time.

Ruokonen joined Transfluent after a decade at digital marketing and advertising firms Nordic Morning and Seed Digital. At Transfluent, he said, their current focus is on “creating a more seamless service for e-commerce providers to ease their expansion into other markets,” [which] “will be a big thing for us in the next couple of years.”

Their customer base is largely spread out across several industries, Ruokonen said, with demand coming from the gaming industry being only “marginally bigger” than the rest. As for languages, he said the biggest demand for their services out of the US is still Spanish, “but, not substantially, [as] French, German, and Japanese are big ones as well.”

Prior to joining Mother Tongue, Barbero was Transcreation Team Lead at Hogarth Worldwide. She has worked on the localization of software, pharma, and pharma devices and, in the last few years, “moved in the marketing and transcreation vertical.”

She explored neural machine translation (NMT) as it applies to the localization of marketing materials in her previous role and is now doing the same at Mother Tongue. There are “many shades of transcreation” in the broad range of marketing materials, Barbero said; from the highly creative tagline or headline to “longer technical copy that can be closer to translation.”

Barbero explained, “MT is certainly more applicable to long copy, although not always a good fit — the nature of materials in marketing is not as repetitive and consistent from a terminological perspective, as it is in, say, a manual or software application.” But given recent advancements in NMT and “the growth of good data available for training,” she is keen to explore its possibilities.

According to Barbero, as an LSP within marketing communications company Omnicom, Mother Tongue’s business is evenly split between “direct relationships with brands and work via marketing agencies within (and outside) the group. The former, we pitch for directly, and the latter, usually as part of an integrated proposal involving multiple agencies.”

Barbero said she sees no value in cold-calling (or “pestering”) and prefers to “get the word out via conferences, events, and networking. Personally, I hope to increase awareness of the marketing vertical within the localization industry as I find that people don’t really know much about what we do.”

She said they are expanding beyond the “traditional client base of marketeers, and are increasingly partnering directly with brands on a variety of content types. Most notably we are doing a lot of work in tech now.”

About growth in the language industry in general, Barbero sees services becoming more specialized as smaller companies find a niche in high-value solutions. In terms of languages, she said it would depend on the type of medium and material, “but I think there is a consensus in the industry that Indian languages will experience substantial growth and, maybe at a slower pace, African languages. Once you start considering the localization of voice-based systems, there are incentives to go even more local, so the growth there can be even greater.”

Christine Wetzl joined Germany-headquartered Across Systems as Head of Sales on July 1, 2019. She reports to CEO Gerd Janiszewski. Wetzl joined the company after having spent over 18 years at SDL in various roles; from Project Manager, she worked her way up to DACH Sales Director and, just prior to joining Across, VP.

“In my last role at SDL, I was looking after Automotive, Retail, Consumer, and Travel — but I was always very connected to the German ‘Maschinenbau.’ So, for now, I am concentrating  on the Swiss, Austrian, and German markets,” said the Germany-based language industry veteran.

On how client demands have changed through the years, Wetzl recalled that, two decades ago, the trend was for clients to find a good, large LSP and have them handle everything. “But times have changed,” she said. “Clients want to be in charge today. They look for transparency, control, and overview.”

Asked how clients regard post-edited machine translation (PEMT), she said, “All our clients want to have the option to use it, sometimes for internal use not even post-edited but only MT. Across is a pure translation technology provider and our system is MT agnostic — any system can be plugged in.”

As for how to reach those clients, Wetzl said, “There are conferences that do deliver great outcomes regularly and also cold-calling makes sense. I think it is a mix between all the tools.”

Ho joined the language industry five years ago from the buy-side. “Then I switched to the agency side when I joined a consulting firm, and we helped global clients through new market entries, M&As, listings, etc. Localizing their businesses involved localizing their communication,” Ho said.

As a result, she became familiar with the industry; but only after Ho became part of it did she gain “a deeper appreciation for the business and how skilled an industry it was.”

According to Ho, since the language industry is “pretty niche,” she generates leads “through the most ancient form, word-of-mouth. In terms of active lead generation, we focus on digital marketing, which does most of the legwork for us. We’ve hardly had a handful of face-to-face meetings.”

She added that, “being such a niche and demand-based industry, there are lead-gen strategies that bring about much lower ROI, such as cold calls. Digital marketing would be most effective for us at the moment. That’s when clients are ready to engage someone for the job and are low-hanging fruits.”