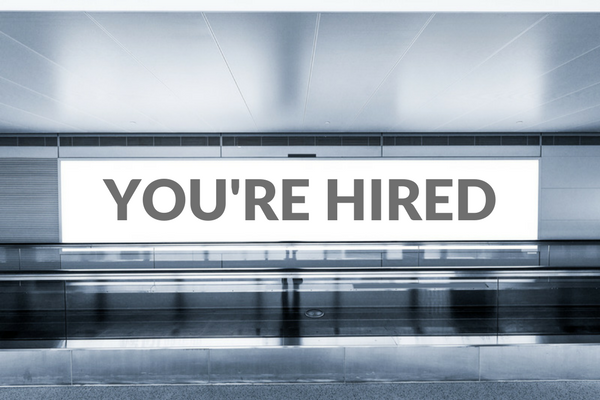 As a jazz guitarist in the 1990s, Michel Barreau easily segued to creating sound effects, editing and mixing for domestic TV and film productions before moving into dubbing around 1995.

In January 2018, he joined media localizer BTI Studios in Los Angeles as VP of Dubbing and reports directly to CEO Björn Lifvergren.

Barreau’s transition from a musician to a corporate executive at the Stockholm-headquartered media localizer took two decades to unfold. “I have spent many years as an international dubbing consultant for Hollywood majors working on high-profile releases such as Anastasia, Ice Age, Star Wars, and many others in many languages,” he shared.

“Another fun part of my career is helping studios build their sound and mixing infrastructure, which is something I really enjoy as I like to build things. Lastly, I have held senior positions at Technicolor, Deluxe, and SDI Media,” he added.

At BTI Studios, he said his role is to help in shaping the company’s global strategy, including “standardizing workflows across studios local operations and providing advice on key acquisitions.”

In the rise of the over-the-top (OTT) platforms, he sees the coming together of the technical and the creative into a new ecosystem that is pushing the naturally conservative dubbing world a bit outside its comfort zone.

Today, he said he still owns too many guitars and keeps on building more. And even that is still connected to his work. Barreau sees no difference between music and languages (he speaks five and intends to learn more). “I tend to view any language like music, and it’s a very similar learning experience. At the end of the day, it’s all music to me, so I think my musical education helped tremendously,” he concluded.

Mir previously held business development roles at SAI Global, a risk management business, and IHS Global, for its Jane’s defense and security information services. Now based in Leeds, he reports to the Senior Vice President of Defence and International Security, Clare Riches.

“I am leading and implementing our growth plans and identifying client requirements while building trusted relationships with international governments and armed forces,” he said when asked to comment on his new role.

His said his main responsibility is to define the company’s ongoing strategic business plan with market analysis, emerging trends and new developments, as well as evaluating potential opportunities.

Mir counts his 15-year experience in dealing with organizations across the globe, including a decade in the Middle East, as an advantage. “I am very aware of the language difficulties that exist as barriers to peace and prosperity,” he said.

The rapid expansion of projects such as Expo 2020 in Dubai and Qatar’s plans for the World Cup, the foreign presence in the Middle East is significant and increasing, according to the new thebigword executive. Businesses from Europe and the Americas are working and investing in the region.

“As the region continues to transform, we look to work with military, government, and local security industry in the development of language solutions that address the Middle East’s security challenges,” he said in a media statement after his appointment.

He told Slator in a separate email interview that one of the key challenges in selling language services to the defense sector is that it is “very sensitive to the content that may require interpreting or translating.”

“In some circumstances. potential customers consider they already have interpreting or translation capabilities covered through internal or local assets,” he added.

Before joining Delingua Language Services as Marketing Manager in January 2018, Taina Ikola has been working in the marketing field for five years.

She has a Master’s degree in Translation and Language Services and previously worked at an international technology company and at the Embassy of Spain in Helsinki.

“I consider myself lucky. With Delingua, I can combine two of my strengths: languages and marketing,” she said. “My role is to increase brand awareness, develop and execute content marketing, and manage different marketing campaigns.”

Ikola is based in Helsinki and reports to the Head of Sales, Katri Conniffe.

“Demand for short text-snippet translations and faster deadlines is a challenge,” she observed. “As a solution, the industry must continue to develop technology to improve productivity, quality, and connectivity.”

A business journalist in Russia, Konstantin Dranch was doing rankings of IT companies in Samara when he found his way into the localization space when a friend pulled him to build the Translation Forum Russia conference in 2009.

He eventually landed a marketing job at Memsource in 2014, becoming Head of Marketing in 2016. Since 2011, he has also been running a ranking of language service providers (LSP) in Russia and Ukraine through the company he founded, Translationrating.ru.

Dranch joined Seattle-based Nimdzi Insights as Chief Researcher in January 2018. He is based in Prague and reports to Co-Founders Renato Beninatto and Tucker Johnson.

“I’m responsible for key reports that Nimdzi is developing, including services providers and technology,” he said.

“In one sentence, I am the money-making machine of the company,” she told Slator in jest.

Seriously, she said her role is “to develop and implement strategies that generate business opportunities, as well as develop long-term relationships with partners and customers.”

Prior to joining Nimdzi, Olivera had worked at Microsoft’s office in Dublin and as UK and Ireland Search Account Manager for Bing Ads. But in moving to a “very small company,” she said she found “the perfect place.”

“I am very excited to think about the future, fast forward to the end of 2018, and look back at our achievements,” she said.

Nimdzi’s newest hire has background in translation and localization, journalism, research, editing and content writing. Hence, her role as Content Editor and Research Writer at Nimdzi.

Carreen Schroeder has also worked as a French immersion teacher and has managed her own educational consulting business for well over a decade. As translator and editor, she said she previously worked for Fisher Price, insurance companies, medial and legal, and for a software company in Arizona.

“My primary role is to develop a long-range plan and framework for relevant topics that we will cover each month which will be shared with the public and with our members,” she said.

Schroeder hails from southern Ontario, lived in Western New York for 14 years, and has now settled in Arizona. She reports directly to Beninatto and Johnson.