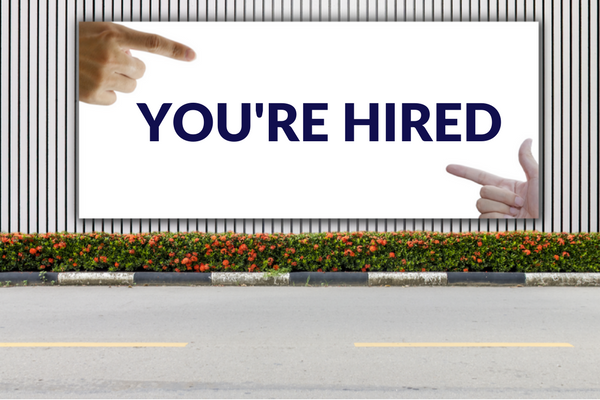 “The pragmatist in me appreciates the stability that comes with LSI’s 51 years of experience in providing translation services to companies, many of them listed in the Fortune 100 and AmLaw 100. The rebel in me is drawn to the power of NMT technology and its ability to further disrupt and shape our industry,” he said.

Fandel, who joined LSI in February 2018 as Vice President of Language Service Programs, is now tasked with developing strategies to support companies that can most benefit from the company’s approach to translation.

He is based at LSI’s headquarters in Boston’s financial district and reports to Martin Roberts, LSI’s Founder and President.

Fandel said he has spent half of his life in the US, and the other half in Europe and considers himself fortunate to have been raised speaking with both French and English languages. Later on, he also learned Spanish and German.

“My wife is Spanish, and we have three children living and working in Spain, with our youngest son here with us starting his high school studies. So, having recently moved back to the Boston area after living in Majorca for the last 12 years, our family life is very much hinging on bridging the Mediterranean Old World and the New World for the foreseeable future,” he shared.

As companies continue to aggressively expand their international footprint amid fierce competition, Fandel said the pressure on the language service industry is to provide shorter and shorter time to market for content localization.

The resulting increased dependency on digital marketing, IoT, big data, and the immediacy of business intelligence will force our industry to embrace rapidly evolving technology. The challenge will be to find the optimum current balance between people and technology and develop a compelling value proposition to ensure sustained profitable growth,” he said.

New York City-based Dotsub appointed Ben Dobson as Head of European Business Development in January 2018 to pursue growth in Europe and help build the sales team across the continent.

“On a day-to-day level, my role includes working with our existing and new clients to boost the engagement of their video content through subtitles by improving localization, accessibility, social media engagement and video SEO,” Dobson said.

He is based in the UK and reports directly to David Hansfield, Executive Vice President of Sales, who is based in Chicago.

“I’m fortunate to live in a picturesque part of South Wales that’s just a short drive away from both the world-renowned Brecon Beacons and UK’s first Area of Outstanding Natural Beauty, the Gower Peninsula,” he shared. “Away from work, I enjoy spending time with my family, getting to the gym each morning and surfing.”

Prior to joining Dotsub, Dobson’s career has spanned all facets of digital marketing, the most recent of which was overseeing the marketing and sales of a multimedia startup in the UK’s localization sector. In 2016, he met Dotsub’s founder Michael Smolens during an event in Brooklyn, which eventually paved the way for him to join the company two years later.

Professionally, he said the biggest challenge for the audio-visual translation industry is turnaround time.


“The challenge here is that video content across social media has a very limited shelf life —   the average post has a median lifespan of just 20 minutes,” he explained. “Though the services offered by the localization industry have adapted to meet consumer trends, the turnaround times offered by many providers is considerably off the mark for the on-demand generation.”

Another challenge is how the industry adapts to the proliferation of live streaming. “With live video posts on Facebook garnering three times the views of regular video posts, it’s clear that there’s another huge sub-sector in video localization waiting to be developed,” he said.

In his new role as Key Account Manager at Supertext AG, Andy Krapf’s goal is to establish long-term partnerships with existing clients and gain new customers.

Krapf, who has a family with two young kids, is based in Zurich and reports to Chief Operating Officer Laura Fernández.

He studied economics and started in 2006 at CLS Communication (now a Lionbridge company). He worked there as project manager and led a team of project managers before becoming key account manager for the client’s biggest company at the time.

“After a trip to India and southern Africa, I joined an American eLearning company before moving to Apostroph Group, where I worked as key account manager for the last four years,” he added.

He said clients are willing to pay higher rates and establish long-term relationships “if you deliver content that is tailor-made for the Swiss market.”

“In addition, the language industry is a global business. Therefore, being competitive will represent one of our main challenges. Also, as translation volumes continue to increase and speed/efficiency become increasingly important, language service providers (LSPs) will need to work with cutting-edge technologies to ensure they can meet these changing demands,” he said.

She reports to Russell Winterbotham, Vice President of Global Sales.

“My career history is very diverse,” she told Slator. “I worked as a freelance digital marketing and content specialist for several international clients. In 2012, I joined the Philippine regional branch of Universal Music Group, an American global music corporation, as a digital executive. In early 2015, I became the first marketing manager of PokerStars LIVE Manila, a live poker cardroom owned by the Canadian gaming company, The Stars Group.”

She then moved to Bangkok in 2017 to work as an international sales coordinator for World Learning Hub Asia Pacific, an e-Learning production company. And in early 2018, started working for Andovar.

The key challenge she sees in the language services industry is the use of technology.

“A person can just go to Google or download a translation mobile app and have their content translated into any languages in an instant. LSPs can ensure the localization quality. However, there are some companies that are not very particular about quality and would rather use free automatic translation tools than hiring a localization expert,” she said.