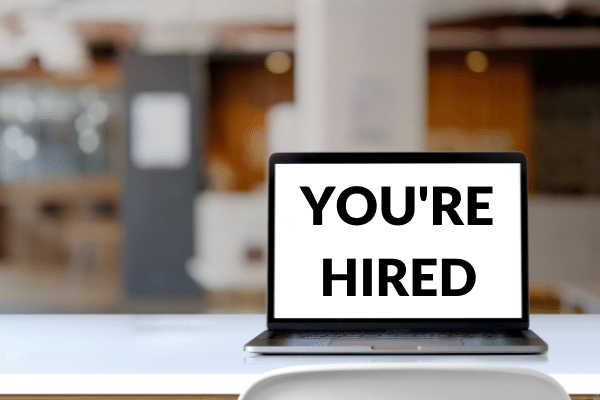 Slator’s hires column offers a glimpse into the inner workings of language service providers (LSPs): how they run operations, how they engage clients, the impact of changes in the global language market, and the many challenges new hires face.

In this month’s column: Toppan Digital Language’s Nicolas Bosovsky talks about the benefits of starting with a clean slate at a newly launched language service provider (LSP); and his colleague, José Luis Arias Parra, talks about what recently changed for clients in highly regulated markets.

TransPerfect’s Edgar Vargas Castañeda, who joined the LSP after a long stint at the global strategy consulting arm of Ernst & Young, gives his take on the current M&A cycle — and when he sees things settling down.

BLEND’s Hadar Gershuny gives readers a glimpse into how the LSP has organized its R&D efforts and recalls her interesting journey into the space. And United Language Group’s Natalie Ayers, who recently rejoined the language industry, shares what her stint in FMCG has taught her.

Bosovsky described the operations unit as “a nimble shared-service team with a verticalized approach (i.e., industry-specific delivery).” He added, “This means that we are focused on tailoring our sourcing model and operations training materials by industry verticals.”

Bosovsky began his localization career at financial printers; first at Merrill Corporation and then at RR Donnelley (RRD), where he looked after operations for Donnelley Language Solutions (DLS): “Together with the DLS leadership team, I helped grow the translation business at RRD from a new entrant to become a market leader in regulated content translation with annual revenue close to USD 100m.”

After SDL acquired Donnelley, Bosovsky became Director of the Regulated Industries division. He joined Toppan fresh off more than three years at SDL as VP of Global Operations.

Bosovsky told Slator, “We see the unique opportunity at Toppan Digital Language to take an outside-in approach and start with a clean slate by building something new from the ground up, unrestricted by legacy challenges.”

Asked if he foresees any market trends that could impact operations, Bosovsky singled out AI being integrated into the workflow. “Largely, enterprise-level machine translation and content automation technologies tended to focus on linear workflows driving efficiency while compromising effectiveness. This is now evolving to include applying AI to complex workflows and high-risk content,” he explained, adding that it is something they plan to offer the market.

Toppan Digital Language hired José Luis Arias Parra as VP of Service Delivery on October 13, 2021. He reports to Nicolas Bosovsky, COO, and is based in Madrid.

According to Arias Parra, they are always on the lookout for outstanding talent. But, right now, the company is focused on adding project managers and service delivery specialists “with uniquely strong profiles” in operations around regulated and business-critical content.

Arias Parra used to work in project management at Donnelley Language Solutions (DLS), He told Slator, “It was at DLS that I met Nico [Bosovsky] and built my localization career working closely together with him. After DLS was acquired by SDL and subsequently by RWS, I became regional VP of Service Delivery, overseeing language service delivery and engineering teams in Europe for regulated markets.”

On which trends he expects will impact the business in the near-term, he said it would be “how InfoSec requirements have moved to the top list for many clients in highly regulated markets.”

Arias Parra explained that, along with remote work, it is a trend that was “dramatically accelerated by the pandemic, [and which is now] shaping how service delivery platforms operate in terms of workflows, processes, technology, and team location” to comply with these higher standards of data (and physical) security.

Edgar Vargas Castañeda stepped into his role as VP of Growth Strategies at New York-based Super Agency, TransPerfect, on August 31, 2021. Based in Houston, Texas, he reports to Roy Trujillo, COO.

Vargas Castañeda views his role as two-fold: growth and preparation for growth. His primary responsibility is “to manage the front-end of the transaction life cycle as it relates to new opportunities for acquisition, including target identification, validation, and diligence. As we pursue larger targets, the diligence process becomes more complex and sophisticated.”

His second responsibility, he said, is to home in on areas within the organization “that are at capacity or strained under the recent growth and work with the respective business or process owner to improve the process and prepare the company for additional scale.”

CEO Phil Shawe told him that “TransPerfect rarely hires leadership from outside the company, and this would be one of a very few times where an outsider is brought in with significant responsibilities.” It just so happened that Vargas Castañeda was on the lookout for “a company with a positive but hungry culture where I could reach my personal ambitions,” so it was an easy decision to join.

Asked about the company’s M&A plans — after its expansion geographically into the Nordics and sectorally into digital marketing — he would only say, “There is a blend of opportunities that we are currently evaluating; some with strong sectoral presence, some with regional strength. All are still early on in the process so I cannot disclose any more at this time.”

Vargas Castañeda’s take on the current language industry M&A cycle? “It appears that growth via consolidation is a priority to the top players in the industry. Given that the bulk of LSPs are founder-owned and operated, the improvement in the market as the world heals from the pandemic will see all of those that were waiting to retire begin to test the market.”

He added, “In that same vein, PE funds will want to balance their portfolios, so you’ll see many PE-owned LSPs also hit the market. In general, expect high M&A activity this year and next. After that, the M&A cycle will begin to normalize as the broader industry trends drive behavior.”

BLEND named Hadar Gershuny VP of R&D on June 1, 2021. She works out of Tel Aviv, Israel, the company’s homebase, and reports to Yair Tal, CEO.

Gershuny’s team comprises five R&D units, each with a team leader who reports directly to her; in addition to the DevOps engineer, Systems Architect, and Data Engineer who also work with her. She is responsible for all product development and engineering efforts across the organization, which has hubs in Atlanta, Los Angeles, Bucharest, Kyiv, Shanghai, Hong Kong, and London.

She told Slator, “In total, the R&D team includes 30 engineers. As part of my role, I’m leading our R&D strategy and execution, working closely with our VP of Product and other stakeholders.”

According to Gershuny, the LSP operates in “squads” according to the Enterprise, SMBs & Self-Service, and the soon-to-be-launched Marketplace units. “Each business unit has a dedicated R&D team that works directly with its unit leader together with a dedicated product manager, marketing lead, operations team, support team, and other key players,” she said.

Gershuny came to the company after more than a decade of managing R&D organizations, most recently with publicly-traded information security company CyberArk (Nasdaq: CYBR), where she led the central R&D group for three years.

Her career in tech started when, as an 18-year-old, she joined the Israeli Defense Services (mandatory for citizens). Gershuny served as a software engineer at one of the elite tech units, where she ascended to team leader and then R&D manager.

On October 4, 2021, Natalie Ayers took up the role of Director of Marketing and Communication at United Language Group (ULG). She reports to Aaron Hakenson, EVP of Global Sales and Marketing.

Asked what led her to rejoin the language industry after several years in FMCG, Ayers replied, “I was the Director of Marketing for VIA (which ULG acquired in 2018) from 2013–2017. Nic McMahon, now the CEO of ULG, was COO of VIA at the time and we worked closely on several marketing campaigns. When he reached out to say that ULG was looking for a new Director of Marketing, I was hooked.”

Now that she has gained a fresh perspective after her FMCG stint, would she change anything about how LSPs approach their customers? She said, “Just like any industry, there tends to be a lot of jargon thrown around that can be confusing to potential customers. I think there’s an opportunity to decode our marketing messaging, so it truly resonates with our core consumers.”

Moving forward, she is “curious to see how the long-tail effects of the global pandemic will continue to disrupt the way we communicate and will impact the need for translation and interpretation solutions.”