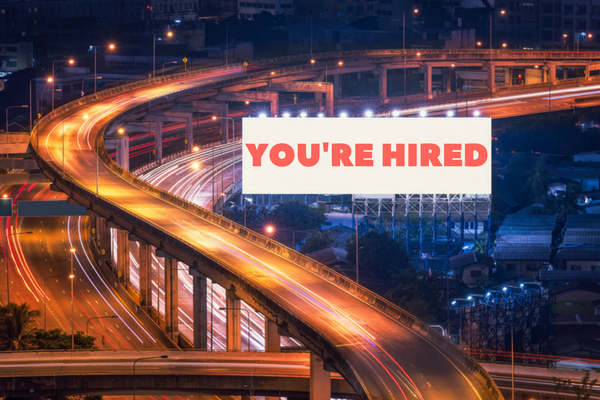 Rui Carvalho joined Unbabel as Director of Finance in December 2016 and was promoted to VP of Operations effective September 2017.

“It’s been a steep but steady growth curve into this new role,” he said.

This reflects the nature of his new role, which he said involves a lot of coordination and overseeing the work of different teams.

“Managing growth as well as the complexity of our pipeline, and the diverse nature of the many stakeholders is a huge, huge challenge, but one that drives me to do better every day,” he said.

A former senior executive at KPMG and Ernst & Young, Carvalho has a Master’s degree in Management (major in Finance) from the Universidade Católica Portuguesa.

Asked to comment on the challenges he sees in the language services industry in relation to his new role, he said he sees a continued heavy investment in neural machine translation (NMT), which will unlock new opportunities as the return-on-investment (ROI) of translating material increases significantly.

“We’re investing heavily in NMT, too, but our fundamental belief is that we can only bring down language barriers by mixing the state-of-the-art in machine translation with human post-editing. There’ll always be some role for human guidance, training, and intervention in the process,” he said.

As part of the Legal Language Solutions team of United Language Group (ULG) in New York, Manny Ferrao is focused on the translation needs of law firms and corporate legal departments.

ULG’s new Business Development Manager has an extensive experience in the legal sector, having worked for legal services and technology providers as well as firms specializing in litigation and investigation discovery services.

Based in New York, he reports to Gretchen Lemon, ULG’s Managing Director-Legal Solutions.

“The legal industry is very demanding for obvious reasons,” he said. “Because of my personal experience, I can easily relate to the importance of language needs with our clients.

Ferrao shared with Slator that he was born in Portugal and speaks, reads, and writes Portuguese.

“Being an immigrant who arrived in the US when I was three years old, I was raised in a household that only spoke Portuguese. Watching the difficulties our family had attempting to interact with the community, I know first-hand how important language access is on all levels around the world.”

His take on the business climate in 2018? “In the legal vertical, we’re seeing continued expansion related to cross-border litigations, intellectual property, M&A, compliance, investigations, etc.,” he said. “I feel these are areas that will continue to expand regardless of what’s going on with the economy,” he said.

Conversis appointed Charlotte Terry as Client Relationship Manager in November 2017. Based in the UK, she works closely with Client Director Kim Shoulder.

Terry brings with her a vast experience in translation as well as in sales and marketing and business development. Her most recent role was Operations Manager at RWS Group.

The industry veteran sees the language services as highly competitive “with a clear focus and emphasis on the role of technology.”

“Clients more than ever expect innovative solutions to their localization requirements,” she said.

In 2018, she expects the translation and localization industry to continue to grow in revenue “with a reduction in suppliers through the continued run of mergers and acquisitions.”

Before joining the language service provider, Smith was with UPS for 23 years. He also worked as an adjunct instructor at the Minnesota School of Business and the National American University.

“My job is to ensure that our innovation and expertise allow my clients to communicate their messages regardless of the target market or medium,” he told Slator. “I focus on professional service and honest human interaction.”

Amplexor’s new Strategic Accounts Manager at Amplexor Life Sciences, Daniel Schneider, has 18 years of experience in the localization industry in a variety of roles, including management, operations, and business development.

He worked for a few years as an engineer in Silicon Valley, then moved to Osaka, Japan where he founded and ran a technical and Life Sciences translation company. After seven years, he sold the company to Boston-based Japanese Language Services (JLS).

Upon his return to the US from Japan, he set up a branch office for JLS in San Jose, California. A year later the company was acquired by Lionbridge.

“I also started and grew a successful home health company that I sold after 10 years in the business,” he told Slator.

Still based in San Jose, Schneider is now responsible for developing the new life sciences business of Amplexor on the West Coast. He reports to Gina Wilson, VP of Business Development for the Americas.

He said his role is to support the company’s business strategy for revenue retention, margin, and customer service. He also mentors client experience managers.

Though he lives in St. Paul, Minnesota, he works at Amplexor’s River Falls, Wisconsin office and reports to Jeff Kent, VP of Global Operations.

“My previous experience in the language services industry was from a customer’s perspective. For several years, I hired Sajan (which was acquired by Amplexor in April 2017) to translate eLearning courseware for my clients,” he said of his recent career move.

He added, “I was a client of Sajan for several years. I always worked with a customer service oriented team that delivered on time and within budget. I was never disappointed, and my Sajan team made the process so easy. This experience had a big influence on my decision when considering a new opportunity within Sajan.

When he is not working, he said he enjoys daily adventures with wife, Christina, and their two teenage daughters, Mia and Sonja.

Before joining Amplexor as Senior Client Experience Manager, Anita Murphy said she had the good fortune to have traveled and lived in various locations over the years, recently moving from Portland, Oregon to Granada, Spain.

She joined Bowne Global Solutions in 2000 and moved to Spain and worked for SDL from 2004 to 2009. In 2011, she joined Lionbridge Technologies in Dun Laoghaire, Dublin. She moved to the US with her family in 2014, ending up with a position at Welocalize, based in Portland, Oregon.

Now based in Granada, she works remotely from home and reports to Todd Erickson.

At Amplexor, she said her role is to support customers and meet their goals. This includes providing customer education and support for localization workflows and identifying areas of improvement for client teams.

“I am very happy to have brought my career to the right place,” she said.