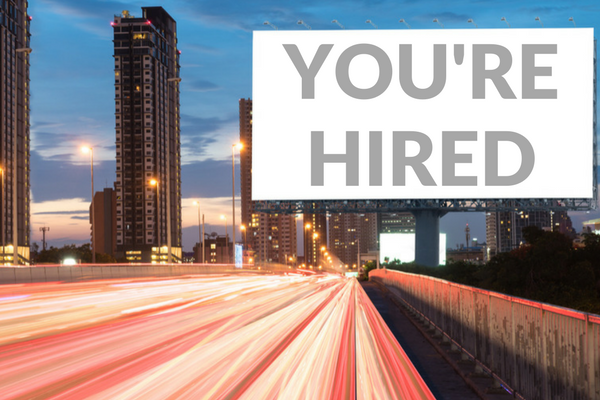 Vistatec appointed Yvonne McNamara as Chief Executive Officer in July 2017, capping a 20-year stint in the company that is also celebrating its 20th year in the business.

McNamara joined the Dublin-based language service provider as Project Lead in August 1997. She moved up the ranks, becoming the company’s engineering manager in 1999 and operations manager in 2007.

She sees this as a huge advantage in her current role. “I have a ‘real’ inside knowledge of how each of these divisions operates, allowing me to effectively manage them,” she said.

McNamara has a degree in Computer Science from Queen’s University in Belfast.

“As an industry professional, she has delivered a significant contribution to the organization’s success over the years. Yvonne will continue to deliver on our commitment to global quality and Vistatec’s ability to be highly responsive and adaptable in the delivery of global content solutions,” said Tom Murray, Vistatec CEO, in a news release at the time of her appointment.

“Neural MT will feature much more prominently. We’ll see much more multimedia, everyone wants visuals and audio, new technologies and content management solutions as well as larger volumes,” she said. “A lot of the challenges will remain the same, the variables change, but at the end of the day everyone still wants quality, price and faster turnaround. As always, another challenge is in educating people as to what works best for them.”

The task of managing Morningside Translations’ global financial operations is now in the hands of its new Senior Vice President of Finance Michael Wurtz, a seasoned finance executive with 10 years experience at high-growth technology-enabled companies.

“I am looking forward to building upon that success at Morningside,” he told Slator in an email interview. Wurtz directly reports to Co-CEO Tom Klein.

Wurtz joined Morningside in July 2017 from New York-based firm Wheels Up where he was VP, Comptroller. He also previously worked for Sterling Infosystems Inc., Pitney Bowes, and Marquis Jet Partners.

Asked why he decided to join the New York-based LSP, he said he was impressed by how economic and social globalization, along with the increase in digital content, are driving the need for language services.

“The language services industry is growing rapidly and there are significant opportunities as well as risks,” he said. “In my role, the challenge is to carefully assess and minimize those risks, evaluate investment areas and trade-offs, and improve efficiency so that we can continue to provide quality products and services to our clients.”

Riley Russell joined Morningside Translations as Project Lead in 2015 and was promoted twice in two years.


As the company’s new Director of Product, Legal, reporting to Co-CEO Roland Lessard, she is now responsible for developing language service products tailored to legal clients.

“With the increase in cross-border litigation and the explosion of electronically stored information, language services are extremely relevant in rapidly growing areas such as eDiscovery,” she said.

Russell, who has a B.A. in Spanish, Portuguese and Sociology from Tulane University, started learning Spanish when she was five years old, which she said marked the beginning of a lifelong passion for languages.

“I’m fascinated by linguistics and the way languages work, but more than that, I love being part of an industry that facilitates human connection and communication through language,” she said.

With globalization and technology driving growth in every part of the industry, she said the language services industry is an exciting place to be right now, and legal is no exception.

“I’ve learned immensely from the success and commitment of the people around me,” she said.

Based in Shenzhen, China, Jonckers’ new Business Manager Aaron Liu is tasked with developing the China business of the Brussels-based translation company.


Reporting to the business unit director for APAC, he said he works with the internal operations team, the global business units, and the marketing department to improve Jonckers’ market position and achieve financial growth.

Before joining Jonckers, Liu was with Cisco Systems as production manager and QA relationship manager. He also worked with Lionbridge as senior global project manager and team lead and had stints at the Beijing office of TransPerfect and thebigword.

He sees many challenges as well as opportunities in translation and localization. While more enterprises are expanding globally, he said many companies cut translation costs and have a limited budget to proceed to localization.

“Free online machine translation services have been a threat,” he added. However, he believes that the industry can turn this into an opportunity by developing MT engines to help customers save on cost.

She reports to Sophie Murphy, the head of the UK & France team, and Véronique Özkaya, CSO at Xplanation.

Johnston has a degree in European Studies, Politics and Government from the University of Manchester. Prior to joining Xplanation, she worked for Jonckers as Business Manager.

For Johnston, retail is a great sector for localization right now, especially with the expansion of e-commerce and with UK-based businesses looking to increase international sales.

“The main challenge is overcoming the notion that translation is a transactional commodity and not a crucial part of the customer experience,” she said. “Poor translations or inaccurate tone of voice can have huge ramifications for a company’s brand, internal communication, and of course revenue.”

She sees this, however, also as an opportunity for LSPs to increase their scope of services.

Is machine translation a threat to the business? Johnston sees it more as a good tool when used in the correct circumstances. “It won’t replace the human brain for a while though. For a complete solution, you still need human expertise and experienced linguists to provide the correct style and tone,” she said.