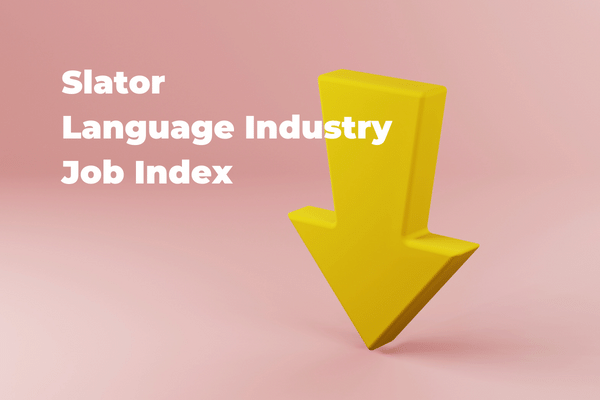 Employment and hiring activity in the global language market dipped slightly in December 2022, after climbing to its highest-ever level the month prior since the Slator Language Industry Job Index (LIJI) was launched in July 2018.

Despite the dip, the index still beat the (then record-breaking) figure of 180.53 in December 2021, closing out the year more than 11 points higher than the January figure and 84 points above the baseline (100).

In Funding, DeepL reportedly completed a major investment round that valued the machine translation company at around USD 1bn. And another Indian AI dubbing platform, NeuralGarage, raised USD 1.45m in seed funding, although the round actually closed in October.

In media localization, Zoo Digital’s financial results for the half year to September 2022 showed how buyer spend was below 3% of content budgets but growing fast (Subscriber Content). Ai-Media closed its Q1 FY23 with increased revenue (Subscriber Content), the renewal of an exclusive agreement with big tech, and new partnerships.

Labor market conditions remained tight in the US with unemployment rising slightly to 3.7% as at early November 2022. In Europe, latest unemployment figures were up again to 6.1% after a marginal improvement to 6% from July to September.

However, the language industry job market has proven to be steady across the US and the EU as reflected on Slator’s job platform LocJobs, where there were 12 new job postings in November 2022.