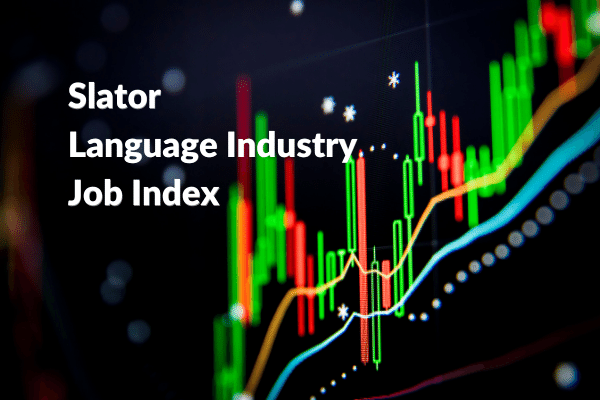 Hiring activity in the global language market continued its upward trend in May 2022, albeit with a slowdown on growth rate. The Slator Language Industry Job Index (LIJI) had previously experienced a slight increase in March and April 2022 following a small seasonal dip in January 2022.

The index rose against the backdrop of inflationary pressures and a broad-based increase in global interest rates, raising the specter of an economic downturn.

The uptick in the May 2022 index is linked to an increase in job ads across most of the platforms monitored by Slator. Observational data related to activity across the language industry in the month of April 2022 indicate that the translation, localization, and interpreting hiring environment remains steady in the second quarter of 2022.

In April, Slator covered six M&A and funding transactions, which compares to the 11 transactions covered in March 2022.

US-based Lilt announced that it had raised USD 55m in a series C funding round, bringing total funds raised to USD 92.5m. Also based in the US is on-demand healthcare interpreting platform Jeenie, which announced a USD 9.3m series A that valued the company at approx USD 34m.

Over in Europe, SeproTec announced its acquisition of Germany’s Technik-Sprachendienst GmbH (tsd). And then news broke that UK-based RWS was facing the possibility of a takeover by Baring Private Equity Asia Fund VIII Limited (BPEA), which saw shares immediately rise.

UK-based ZOO Digital announced it now expects full-year 2022 revenues to be at least USD 70m, up USD 5m from the previous estimate.

Over at LocJobs, there were close to 20 new job postings in the month of April. Companies such as Acclaro, Locaria, Supertext, and RWS posted their vacancies for roles spanning marketing, project management, vendor management, and more.