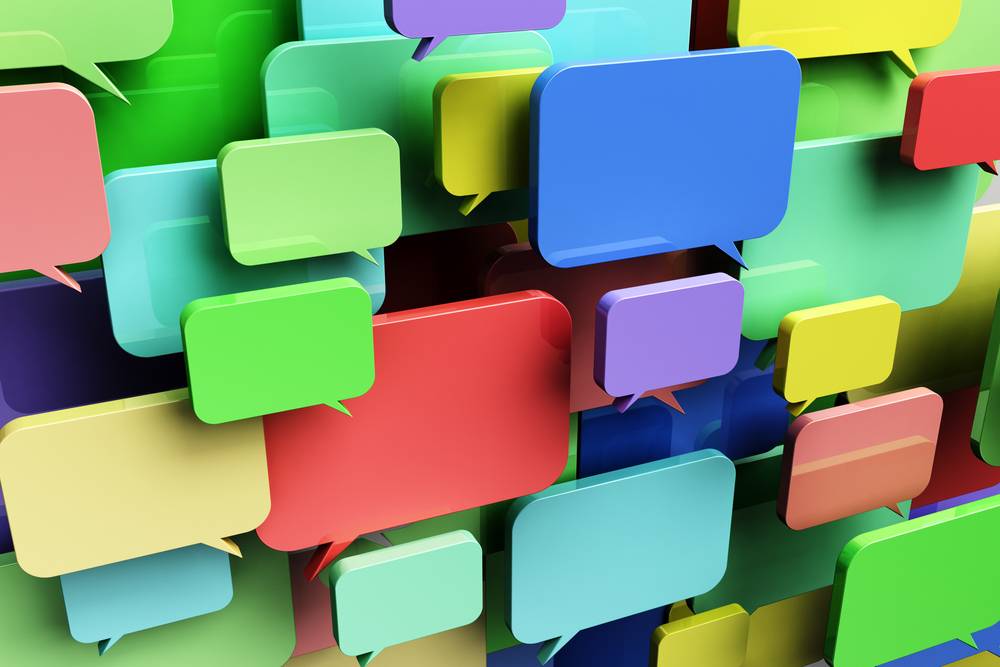 Throughout the year Slator has been speaking to language industry decision makers about markets, deals, technology, and more. We interviewed CEOs of large language service providers, young and aspiring academics conducting research at the forefront of machine translation, buyers sharing their thoughts on how best to collaborate with vendors, and many more.

Read on to find out who thinks venture capitalists hate translation, who speculates about a deflation in the price per word, or which CEO does not see machines replacing human interpreters anytime soon.


“There may be a deflation in the per-word price” — Adolfo Hernandez, CEO, SDL

“If you take away pure machine translation services from the likes of Google, all you’re left with is an incredibly long tail of high-cost, low-tech, and massively inefficient solutions where the business model is basically ‘throw more humans at it” — Vasco Pedro, CEO, Unbabel

“Language services is still something of a cottage industry and not very concentrated” — Laurent Sallé, Investment Manager, Naxicap Partners

July 8, 2016: Translation Platform Fluently.io Runs Out of Cash, Closes Down

May 11, 2016: Why Translating Chinese User Reviews May Disappoint Danish Tourists

“Users may derive some utility from the star ratings of reviews in languages they do not read, possibly more from rough machine translations of the review text” — Scott Hale, Data Scientist, Oxford Internet Institute

“We intend to continue focusing on Japan for now, but we also have plans to make a big push abroad in the future” — Jeff Sandford, co-Founder, Wovn.io

“Look at Merrill with Brink, for example. They brought it in, couldn’t make it work, spat it out. Look at Donnelley with its language business they brought it in, Donnelley is broken into three, and now it’s a question of whether or not it’s going to be successful inside one of those three companies” — Rory Cowan, CEO, Lionbridge

“We quickly saw that scale on the German market would make a significant difference to Xplanation. That’s how we came across Matrix” — Steven Van Lint, CEO, Xplanation

“How Teleperformance handles the integration of LanguageLine into their operations will be watched very closely by other providers” — Barry Slaughter Olsen, co-President, InterpretAmerica

May 19, 2016: VerbalizeIt Pivots Into Smartling’s Arms

“Capabilities around subtitling, video and audio transcription and translation were things we never got to at Smartling” — Jack Welde, CEO, Smartling

“The tool does not know how to translate “I am”” — Bruno Pouliquen, Senior Engineer, WIPO

November 14, 2016: How BLEU Measures Translation and Why It Matters

“BLEU may only give a small penalty for a change that is superficially small, but completely changes the meaning of a translation” — Rico Sennrich, post-doctoral researcher, University of Edinburgh

“We don’t give the model any linguistic knowledge at all” — Jason Lee, PhD candidate, Swiss Federal Institute of Technology

“Our paper describes the new Google Neural Machine Translation system and obviously builds on many years, even decades of research by other groups” — Mike Schuster, Senior Staff Research Scientist, Google

“A translation engine cannot do the job of an interpreter” — Daniel Julien, Executive Chairman, Teleperformance

“The current approach of statistical, phrase-based MT has kind of reached the end of its natural life” — Alan Packer, Head of Language Technology, Facebook

May 3, 2016: US Trademark Appeal Board Rules on Spanish Translation: “Stop, you’re both right”

“I get multiple calls a day [from potential investors]. I don’t think coming up with the money is going to be a problem” — Phil Shawe, CEO, TransPerfect

“This is not about spite. This is a fight about money” — Phil Shawe, CEO, TransPerfect

“What I am not going to do is to just botch execution and then try to cover it with M&A” — Adolfo Hernandez, CEO, SDL

“There is no time now for big portfolios” — Adolfo Hernandez, CEO, SDL

November 11, 2016: TransPerfect Would Grow Even Without Co-Founders, Says Elting

“If it so happens that neither of its founders will be involved in the company’s future, I still believe that TransPerfect will continue to grow and succeed” — Liz Elting, co-CEO, TransPerfect

“If someone came to us with a very large volume website, software localization or document translation project, other companies would probably be better equipped to do that than us” — Mark Brayan, CEO, Appen

“The service Naver has launched had nearly identical UI flow and function of the Flitto app” — Simon Lee, CEO, Flitto

“Sometimes it is easier to appreciate something when you step back from it for a while,” on why he decided to rejoin the industry — Jeff Brink, former CEO, ULG

“The criticism about the UI being outdated is valid. We do intend to update certain aspects of the interface” — Henry Dotterer, President, ProZ.com

“All our customer-facing content is translated and reviewed by humans” — Salvo Giammarresi, Head of Content and Globalization, PayPal

“We estimate it would take 1,000 translators 5 years to translate only the 60 million listings eligible for Russia” — Juan Rowda, Staff MT Language Specialist, eBay

“Queries are really hard to translate because, among other things, there is no context” — Juan Rowda, Staff MT Language Specialist, eBay

“Translators, therefore, have one of the most essential roles in this entire organization” — Lucio Bagnulo, Head of Translation, Amnesty International.

September 13, 2016: We Work With an Army of Translators, Says GameHouse Translation Manager

“One of the biggest challenges between the production and localization teams is to understand the mutual terms of quality and schedule” — Tommy Nordkvist, Translation Manager, GameHouse

September 7, 2016: In Legal Translation, Errors Can Change a Life

“We learned from experience that translation costs can rocket up to several thousand euros per case” — Victoria Froltsova, Head of Translation, Lansky, Ganzger + partner Rechtsanwälte GmbH

June 21, 2016: Eric Liu on the Launch of Alibaba Language Services

“It will be a marketplace where the services of LSPs and the needs of buyers can meet” — Eric Liu, General Manager, Alibaba Language Services

“I think the development of CAT technologies will continue to be the most important driver of the translation industry’s future development” — Julia Lipina, Head of Translation Department, Pepeliaev

“It implies understanding the actual business of clients and not only the industry or vertical they are in” — Bruno Herrmann, Director of Globalization, The Nielsen Company

“I estimate it to be around 14–18 million words per year” — Martina Bellodi, Head of Language Services, Swiss Post

“We buy most of the translations from our external partners and focus internal resources on quality assurance” — Martina Bellodi, Head of Language Services, Swiss Post

“There is no government accreditation of freelance translators and there has not been since 1995” — Nicole Gagnon, Canadian Chapter spokesperson, AIIC

July 9, 2016: Translation Platform Fluently.io Runs Out of Cash, Closes Down

“There was a lot of rejection when a customer picked a translator, but the translator did not take the work. Fulfilment became difficult” — Karin Nielsen, Founder, Fluently.io

“The referendum campaigning has left some feeling unwelcome. They deserved better. As a Brit who has lived and worked in Europe previously, it’s different to be somewhere by right than on a visa” — Rupert Evans, Managing Director, TranslateMedia

“There might not be adequate translator training left in this country for the few British people who still want to study the profession” — Anu Carnegie-Brown, Managing Director, Sandberg Translation Partners

“My dream was to be a primary school English teacher. Now, my dream is to become a translator”— Anonymous Weibo user