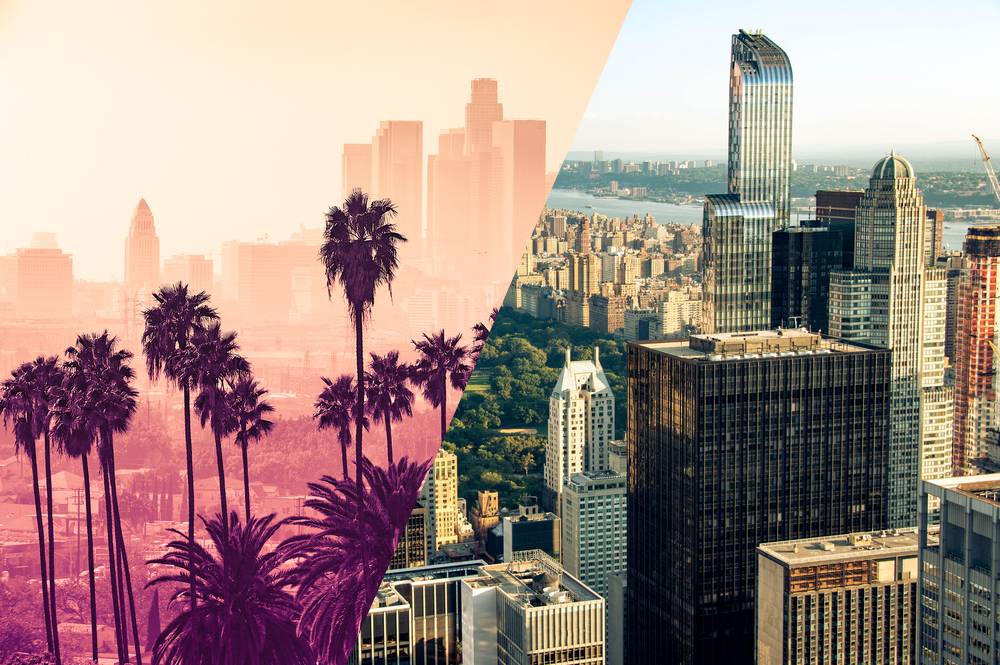 The US language industry has had a great decade, if the latest data from the United States Census Bureau is any measure. Companies doing business in “Translation and Interpretation Services” (NAICS Code: 541930) increased their total number of employees from 15,484 in 2008 to 29,720 in 2015, indicating an almost two-fold growth. The latest available year for the data is 2015.

Released in late April 2017, the data also reveals that, far from consolidating, the US language industry is fragmenting further. The number of companies rose from just over 2,000 firms in 2008 to nearly 2,500 in 2015, marking a 23.6% increase in over eight years.

The Census Bureau’s data delivers very interesting insights not only at the national level, but also at the state level. For example, it allows an analysis of the average employee count per company in nearly all US states. The Bureau, however, did not publish information for a few states where the data was limited to so few companies as to allow conclusions about individual enterprises.

Arizona and Ohio top the list of states with the most employees per company. In Arizona, there are 42.8 employees per company, while the average language service provider in Ohio employs 38.6 full-time equivalents. At the other end of the spectrum are states like New Mexico, Vermont, and Delaware. 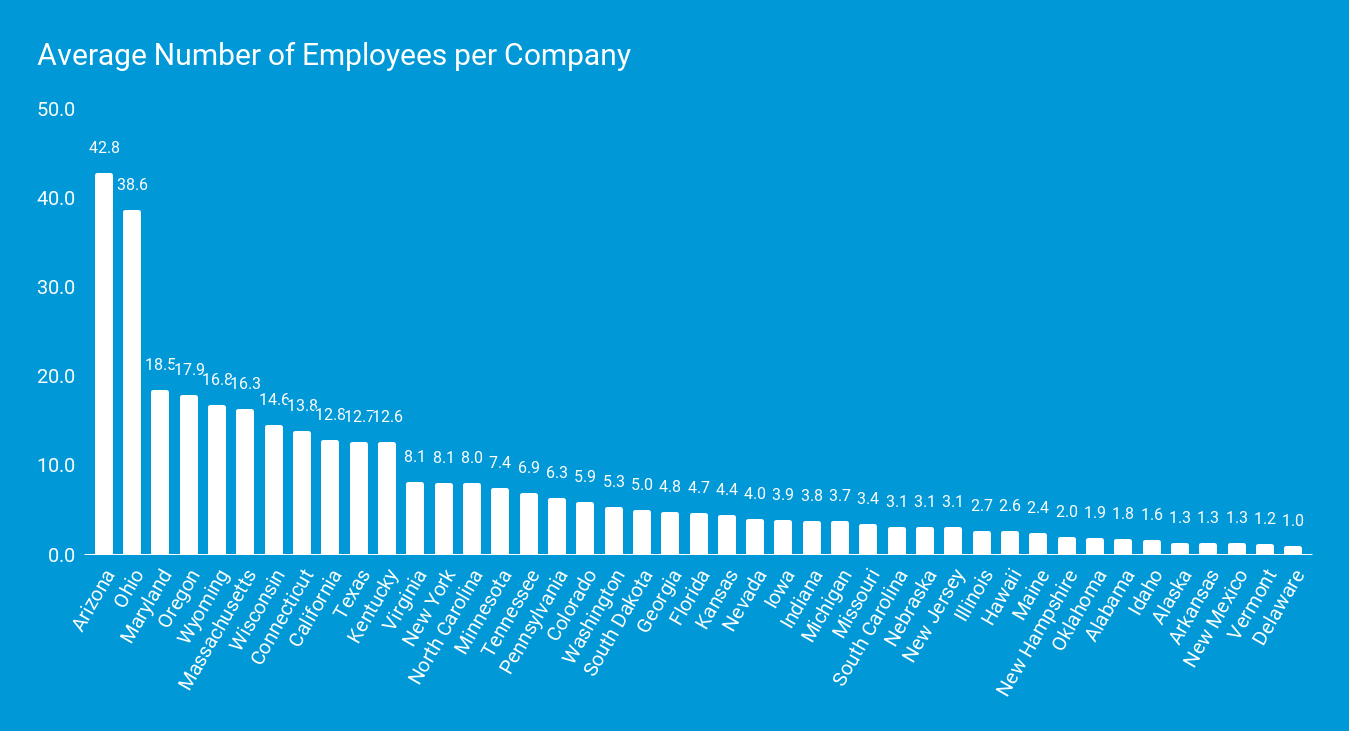 Maryland, a relatively small state with a population of six million, is in fifth place, ranked in between much larger states like Texas and New York.

The Census Bureau’s data also allows to drill down into average compensation by employee, by dividing the total payroll paid in a particular state by the total number of employees in that state.

The best-paid language industry jobs are in Wyoming, where employees earn USD 76,000 on average per year. But the sample size for Wyoming is very small with only 67 people employed in companies reported under the 541930 NAICS code. Runner-up North Carolina’s 503 language industry employees are paid USD 75,000 on average, while the 782 employees in Virginia take home USD 71,000 per year. 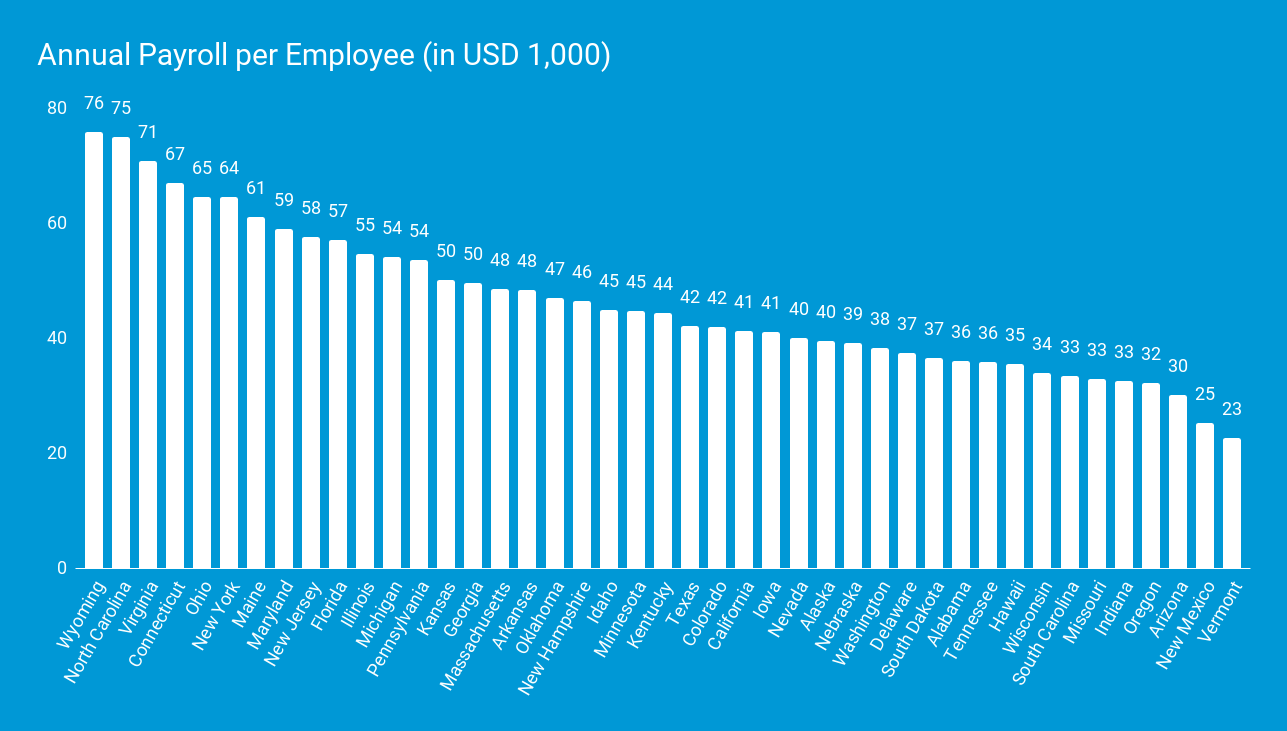 Arizona, which ranks second in total number of employees (2,440), finds itself near the bottom of the list in terms of pay. With USD 30,000 annual compensation per employee, the pay in Arizona is 36% lower than in neighboring California (USD 41,000). At USD 64,000, annual average compensation for New York’s nearly 1,433 language industry employees, meanwhile, ranks near the top.