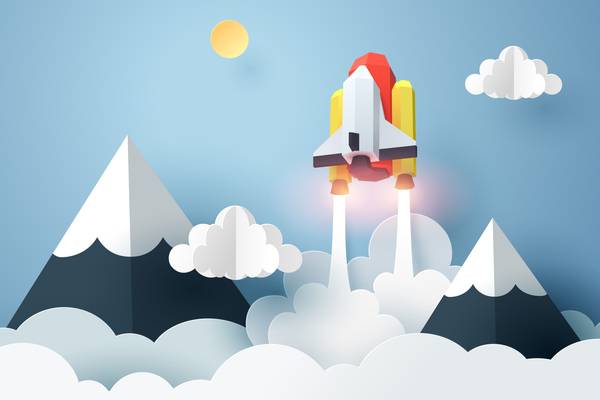 The Inc. 5000 list is out again, so we want to know one thing: Which language service providers (LSPs) made the cut? On August 16, 2017, Inc. Magazine published its annual list of the 5,000 fastest growing companies in the United States. The list ranks companies according to percentage revenue growth over a three-year period and is limited to privately held, for-profit companies.

Inc. Magazine also requires the CEO and a certified accountant or attorney to sign off on the numbers, or submit a corporate tax return or audit. Like the 2016 edition, this year’s list does not feature a separate category for language services (translation, interpretation, etc.), and most LSPs are listed under “Business Products & Services.”

While more than a dozen LSPs made the list in 2017, that’s down from the more than 20 that were featured last year. Topping the list is virtual remote interpreting (VRI) provider Stratus Video. Revenues at the Clearwater, Florida-based company rose an astonishing 2,123% between 2013 and 2016, from around USD 1.5m in 2013 to USD 33.5m in 2016. 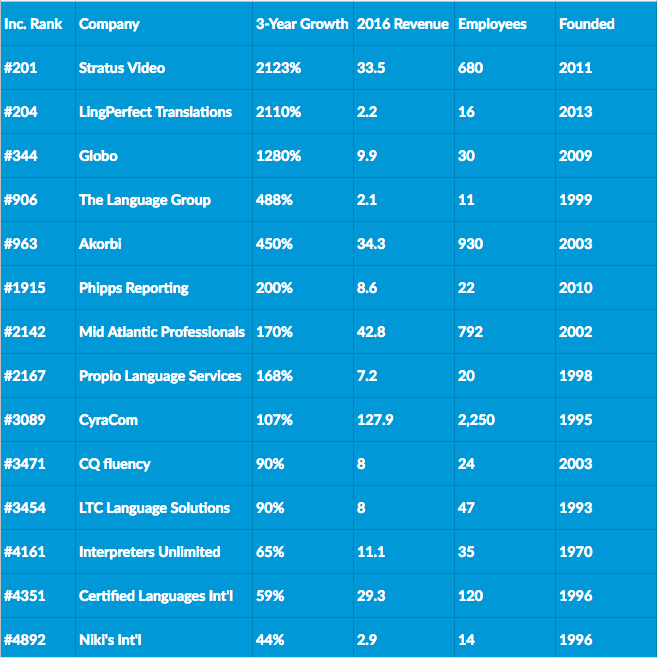 Coming in third place among LSPs (and 344th on the Inc. 5000 list) is Philadelphia-based LSP Globo, which had an eventful year in 2016. In March, Globo announced its first acquisition –  Texas-based Certified Translators & Interpreters (CTI).

Globo’s revenues went up 1280% over the last three years, reaching USD 9.9m in 2016. A big portion of this growth comes from several large government contracts that Globo secured with the US Department of Health and Human Services. According to US Federal Government records, Globo was awarded a total of seven contracts worth over USD 16m since the beginning of 2014.

Another big beneficiary of government spending is sixth-placed Mid-Atlantic Professionals, which has billed – mostly the US State Department – over USD 40m since 2014.

Notably absent from the 2017 list is TransPerfect. With the embattled New York LSP now positioned comfortably above the USD half-billion annual revenue mark, reaching the 40% three-year revenue growth needed to make the list gets harder and harder.

Another company that will have to keep adding tens of millions in revenue every year to stay on the list is remote interpretation provider CyraCom. With revenues already at nearly USD 130m in 2016, achieving percentage gains of 50% and more annually is going to get much tougher in the years to come.

Other companies that made the list in 2016 but missed the cut this year are Conference Rental, Writer Access, LinguaLinx, Paragon Language Services, 1-Stop Translation USA, and Vocalink Language Services.