Bordeaux, France – 02 January, 2017 — Linguali-IS (Linguali Interpreting System) revolutionizes simultaneous interpretation by replacing the traditional hardware required for interpretation with software. The innovative system allows speakers and participants at international events to speak and listen using their own smartphone or tablet running the Linguali mobile application, available for iOS and Android.

Linguali-IS reduces the cost of providing simultaneous interpretation by 90% on average. The system is fast and simple to deploy for interpreters and event organisers and does not require any internet access. The service is provided over a local wifi network, ensuring a seamless experience for interpreters and participants.

James Anderson, President of Linguali says: “We are truly excited to release Linguali-IS. We have already done several events for groups from 10 to 60 people, and the feedback has been exceptional. We believe Linguali can really boost the interpretation market and generate new opportunities for the interpreting community.”

Although Linguali costs only a fraction of renting traditional equipment, the sound quality is equivalent to that of high-end systems that can cost tens of thousands of dollars. “We have spent two years getting it right, as a simultaneous conference interpreter myself there was no question of releasing something that I would not want to use. We have achieved a level of sound quality and ease of use that is unsurpassed.”

In addition to reducing the cost of providing simultaneous interpretation, Linguali also means that organisers and interpreters no longer need to rent and transport equipment, or distribute and collect headsets.

Linguali-IS works as a stand-alone mobile system for freelance interpreters, as well as integrating with sound desks and PA systems for larger events and conferences. “By leveraging technology and devices, Linguali makes simultaneous interpretation accessible to all.” concludes James Anderson

About Linguali: based in Bordeaux, France, Linguali is a European language technology company specialised in simultaneous interpretation technologies. 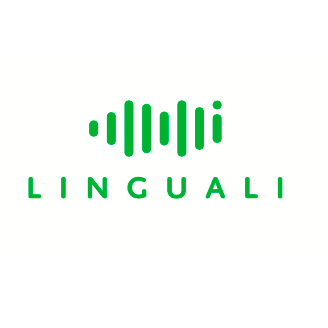 Linguali is a European language technology company based in France specialising in the research, conception, development, and deployment of innovative communication technologies for live remote language interpreting and voice transport.

XTRF Announces the Return of Summit 2022

Locaria Ramps Up Creative Language Services in Response to Demand