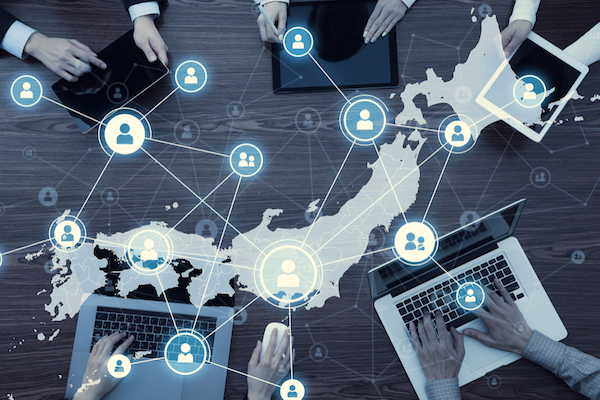 The pace of funding and acquisitions continues to heat up in the language technology space. We had Lilt, Smartcat, Qordoba, and DeepL all raising funds from big venture capital names in the second half of 2018, and Applanga’s acquisition by TransPerfect in December 2018.

Now, another well-known name in the language industry gets a new owner. Gengo, the Tokyo-based language tech and services company, was acquired by Lionbridge, the world’s second largest language service provider. The transaction closed on January 16, 2019. Financial details of the deal were not disclosed.

Gengo was founded in 2008 by current CEO Matthew Romaine and Robert Laing, who left the company in 2015. The company has raised USD 25.6m in venture capital over a series of rounds from a number of institutional investors, including Intel Capital and 500 Startups, according to Crunchbase.

Lionbridge CEO John Fennelly told Slator that Romaine will stay on and report directly to him. Lionbridge operates a small office in central Tokyo, which came with the March 2017 Exequo acquisition and whose staff will move to the Gengo office. Lionbridge’s larger operation in Yokohama will remain as is.

Originally launched as myGengo, the startup’s initial business model was based on crowdsourcing and project management automation and quickly gained traction in e-commerce, travel, and other verticals, which gave the company experience in processing high volumes of comparably low-visibility content.

Fast forward to mid-2018 and the company launched Gengo AI in a bid to expand into the fast-growing market of AI training data and services, such as data annotation, search relevance, sentiment analysis, chatbot training data, and more.

And it was Gengo AI that particularly interested Lionbridge when Gengo’s advisors pitched the deal. “Gengo AI did factor heavily into our decision to purchase Gengo,” Fennelly said. He added that Gengo AI will “immediately go into our Machine Intelligence Division and then we’ll look at that as a potential catalyst for growth for our AI customers and our expansion into that market.”

As it has redefined its brand and offering over the past 12 months, Lionbridge has been much more vocal about its machine intelligence business. Is the recent focus on AI data and services plus the Gengo acquisition a sign that Lionbridge is stepping up efforts to compete with Australian stock market darling Appen?

“I think that’s fair,” Fennelly said. “But I don’t think it’s anything new for us. We’ve been in that business for a very long time. I just think the way the company has positioned itself has been as an LSP — a big LSP if not the biggest LSP. But I can envision a day when our AI business is actually larger than our localization business.”

Asked about the current size of the market for supporting artificial intelligence applications in a corporate context, Fennelly said their research shows that over 3,000 companies in the US alone have, at least, 10 data scientists. “I think we are at the very early stages of the business on both sides: what the customer demand is and can the ecosystem of the community — like we who support them — keep up with demand from technology, services, healthcare, automotive, etc.”

The acquisition of Gengo and the push of its existing, if up to now low-profile, machine intelligence business makes sense for Lionbridge. Neural machine translation and, more broadly, automation throughout the translation supply chain is forcing LSPs big and small to reevaluate their business models.

From an operational point of view, offering machine intelligence support and data training services is a logical step for a large LSP as it plays to existing strengths in managing, scheduling, and paying thousands of individual contractors.

Another driver for Lionbridge to focus on and highlight this line of business at this particular moment could include plans to list on Appen’s home market, the ASX. If media reports about a Lionbridge IPO in Australia turn out to be accurate, we would expect the company to file its prospectus in late March or early April. CEO Fennelly again declined to comment on a potential IPO.

Asked about how Lionbridge performed in 2018, Fennelly would not comment beyond saying that they achieved growth and had a record year in terms of profitability.