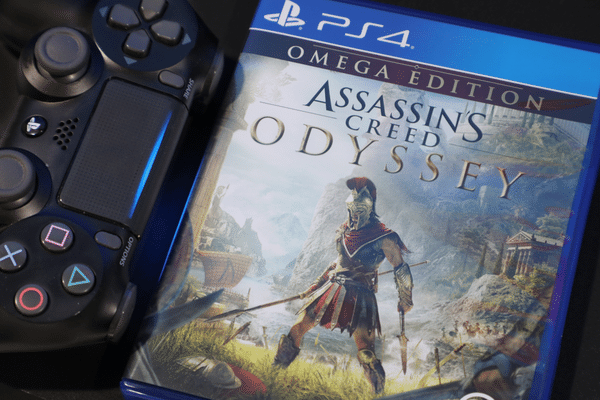 Lionbridge Games has announced the acquisition of Berlin voice-over and localization studio, mouse-power. The former is the testing, audio, and localization services division of US-based language service provider (LSP), Lionbridge.

The deal, which was announced to the press on March 7, 2022, officially closed five days earlier. According to Tugdual Delisle, Managing Director of Lionbridge Games, “Lionbridge is working to become a leader in audio localization in Germany. We have several recording studios in Germany and mouse-power gives us another one.”

Delisle further told Slator: “When talking number of players, Germany is Europe’s No. 1 market. It ranks No. 5 in the world. It is fitting that we have our largest European loc and audio capabilities in the market. In addition, we are always looking at adding teams with complementary skills and infrastructure. We are never ‘done.’”

He added that, in terms of helping build capabilities for the Games division in key markets, “mouse-power checked many boxes for us, and it was a very easy decision.”

Winning the Hearts of 3 Billion Gamers

“Florian and Frank started out as childhood friends who always had a love for games before co-founding mouse-power in 1999,” Delisle said about the company’s owners.

Florian Köhler and Frank Haut, with their over two decades of expertise working on large-scale AAA titles, “bring us precious leadership along with a talented team,” Delisle said, “We are delighted to be able to add mouse-power’s talent, experience, and capacity to our Berlin Studios.”

About the combined company’s client roster, the MD noted some overlap but said they are “creating complementarity in market coverage.”

As for tech, mouse-power currently uses memoQ plus a number of other proprietary tools. The goal is to migrate mouse-power to the Lionbridge Games Cloud for Audio platform.

Delisle said the company will become “mouse-power, a Lionbridge Games Studio” and will operate, post-sale, “quite independently, in coordination with all of our global studios.” He pointed out that this enables Lionbridge to more closely support its customers in Germany, enhancing the LSP’s follow-the-sun strategy.

“Germany is Europe’s No. 1 market. It ranks No. 5 in the world. It is fitting that we have our largest European loc and audio capabilities in [that] market.”

As for future M&A, Lionbridge is always on the lookout for ways to enhance its capabilities in key markets, the MD said, “including Germany, where there is a lot of talent.”

According to Delisle, “This acquisition fits into our localization and audio capacity growth plan — in Germany, but also globally — as we are finalizing our moves to bigger or new studios in Sao Paulo, Tokyo, and Seoul, after adding an LA studio with our Rocket Sound acquisition six months ago.

This latest move is just part of an overarching vision to “win the hearts and minds of the three billion gamers worldwide,” Delisle said; and they plan to do this by “maintaining boutique-level attentiveness to each game in every language” even as they continue to add more studios worldwide.