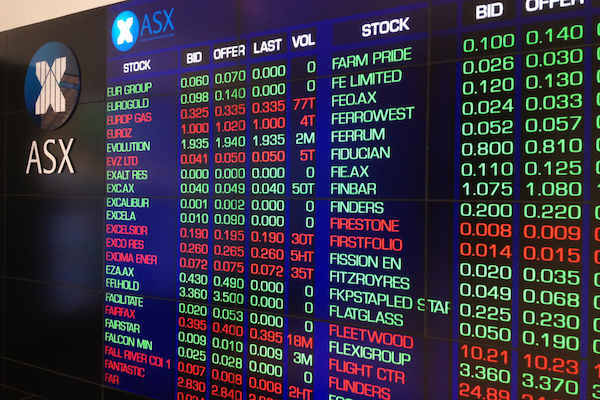 Just as we are coming up to the two year mark on Lionbridge’s going private announcement, reports are reaching us from Australia that the private equity-owned language service provider is exploring a listing on the Sydney-based ASX market, home to Appen, and, since October 2018, Straker Translations.

Prompted by the report on November 27 that Lionbridge owner, private equity fund HIG Capital had investment bankers pitch their services to take the company public in Australia, Slator reached out to Lionbridge CEO John Fennelly to discuss the rumored listing and the company’s performance in 2018.

Fennelly remained tight-lipped on a potential listing, only commenting that as a portfolio company of one of the world’s largest private equity firms they “get calls all the time from bankers all over the world. And so that’s not unusual.”

Since Slator spoke to Fennelly, the story has gathered momentum, however, with the Australian Financial Review reporting that HIG will look to raise USD 400m at a valuation of around USD 700m. Reportedly, investment banks Morgan Stanley, UBS and Taylor Collison made the cut and are tasked with running the IPO.

Proceeds of USD 400m could return part of HIG’s original USD 360m investment in addition to providing Lionbridge with a substantial war chest for potential M&A and tech investment.

So why would HIG explore a listing for Boston-based Lionbridge in far away Australia? The PE firm’s interest might have been piqued by investor enthusiasm Downunder for language data and search engine training company Appen. Since going public in January 2015, Australia-headquartered Appen has seen its shares climb by an eye-popping 2,000%, driving market cap to currently one billion US dollars.

Furthermore, New-Zealand-based LSP Straker’s successful October 2018 IPO on the ASX should have helped too. Straker managed to sell 26.7% of its shares in the listing for USD 14.9m, quite a feat for an LSP that projects USD 15.2m in revenues for 2019.

As for Lionbridge’s 2018 revenues, Fennelly didn’t disclose yet where the company would close the year. But the CEO described 2018 as “a very good year” and highlighted the company’s continued growth in its AI business, which he called “a very large business.” (AI and machine learning data and services is, of course, what propelled Appen to a billion dollar market cap). Fennelly also said that the company’s core localization business returned to growth through an increased focus on large technology and consumer product customers and said life sciences and gaming were doing well.

He did acknowledge some weakness in Europe this year but said they had addressed the underlying issues by “simplifying the company and uniting the sales forces and our go-to market offerings” (e.g. the company recently rebranded Switzerland-based CLS Communication as Lionbridge).

“The entire LSP market is behind the times in automation”

Asked about the rapid progress in neural machine translation, Fennelly argued that “the entire LSP market is behind the times in automation” and stressed that Lionbridge needs to build out its automated workflow with AI.

Other than that, Fennelly remained guarded on any impeding tech announcements except to offer the high-level strategy of transforming Lionbridge into a tech-enabled, if not a tech solution, company. Pushing neither the buy or build approach in tech, he said they were looking at both and were likely to “get more aggressive over the next 12-18 months.”

While Fennelly admits he’s “concerned” about a recent trend among the very large technology companies to push development of internal language services units, localization teams and related infrastructure, he does not see a trend towards insourcing among a broader set of S&P 500 companies. “I think they have core priorities (…).  I don’t think that that’s going to be a huge macro trend where, you know, hundreds of companies would go in that direction.”