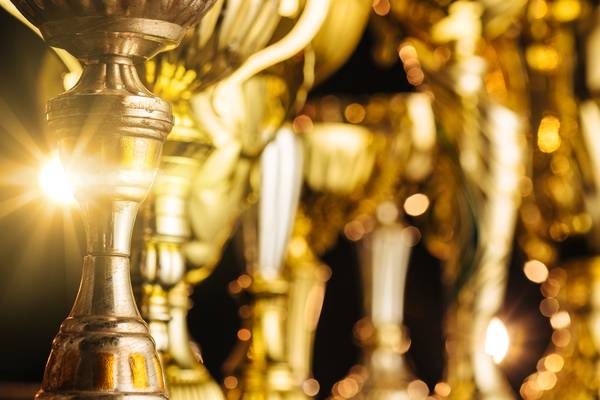 At the 69th National Book Awards in November 2018, the prestigious American literary prize will honor both author and translator in the new award category for translated literature.

The National Book Foundation, the non-profit organization that has been administering the awards since 1950, announced the new category on February 1, 2018, saying that it is meant to “broaden readership for global voices and spark dialogue around international stories.”

“We now have the opportunity to recognize exceptional books that are written anywhere in the world, and to encourage new voices and perspectives to become part of our national discourse,” said David Steinberger, Chairman of the Board of Directors of the National Book Foundation, in a media statement.

The new Award for Translated Literature is the first category to be added to the National Book Awards since 1996. The other four categories are fiction, nonfiction, poetry, and young people’s literature.

Among the recipients of the National Book Awards include American literary greats Philip Roth, John Updike, Bernard Malamud, and Norman Mailer. Many awardees have also won the Nobel Prize for Literature, including William Faulkner and Saul Bellow, and the Pulitzer Prize for Fiction such as Alice Walker.

“We are a nation of immigrants, and we should never stop seeking connection and insight from the myriad cultures that consistently influence and inspire us,” said Lisa Lucas, Executive Director of the National Book Foundation.

The winners in the new category will receive a bronze sculpture and a USD 10,000 prize money to be split evenly between the author and translator. Finalists will receive USD 1,000, a medal, and a judges’ citation.

This literary translation prize is more than just good news for an industry that has long struggled not just for recognition but also for compensation. In January 2018, Slator reported that literary translators in the US and Germany have challenging work conditions that make it hard to “earn a living.”

The National Book Awards isn’t the first to honor translators of award-winning literary works in recent years. In 2016, the prestigious Man Booker International Literary Prize has started to recognize works of fiction in translation, honoring both the author and the translator.

South Korean author Hang Kang went on to win the 2016 International Man Booker Prize for her highly-acclaimed novel, “The Vegetarian.” Her English translator, Deborah Smith, shared the honor and the USD 72,000 monetary prize.

In an essay published in the LA Review of Books, Smith said that “every translation’s raison d’être is the readers who couldn’t otherwise access the original.”

“To put it plainly, people like to believe that they’ve read War and Peace, not “an English translation of “War and Peace,” and that the thing they love — be it an individual book or a culture — is really the thing being acclaimed,” she wrote.

The citation stated that she has contributed to the appreciation of literary translation as a special art today.

“Her translations have contributed to making a number of writers from France famous among French-speaking Swiss writers in German-speaking countries, such as Sylviane Châtelain, Catherine Colomb, Marie-Claude Dewarrat, Monique Laederach and Janine Massard. Sylviane Roche and Catherine Safonoff,” it added.

Many accomplished literary writers are also translators like Von Dach. These include the acclaimed fantasy and science fiction writer Ursula Le Guin who was the guest of honor at the National Book Awards in 2014 where she also received the Medal for Distinguished Contribution to American Letters.

Among the many quotes on translation that the literary world remembers her by is this: “Translation is not highly respected work. So like many translators, I do it for love.”

This may be changing now as more literary translation prizes are being launched and with higher prize pots. Other prestigious translation awards in other parts of the world include the Banipal Prize for Arabic Literary Translation, which honors a published translation in English of a full-length imaginative and creative Arabic work; and the Red Russia Prize, which honors the best translation of Russian literature.