Localization is Shaping the Future of Digital India, KPMG Report 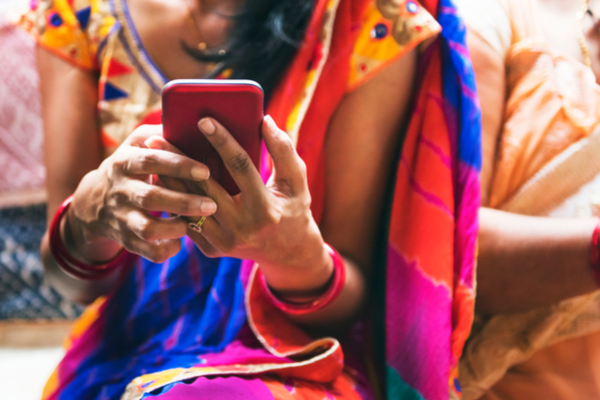 Consulting and auditing giant KPMG released a report on the digital trends shaping India in May 2018, and language featured prominently as a ubiquitous component. The key takeaway: the “Indian internet consumer” speaks more than one language, and demands content in their native tongue.

In 2017, India stepped into the spotlight alongside China as an emerging language services market. Interest was bolstered in the region as a result of Government initiatives mandating Indian phone manufacturers to support its numerous official languages.

The country is the second most populous in the world with 1.35bn people. India has a growing economy and, along with it, a growing demand for multilingual digital content, particularly via mobile devices. India has a total of 1,599 languages and dialects, with 122 main languages of which 22 are official.

80% of Indians are not fluent in English

While India has an English-speaking population numbering over 125 million, more than 80% of Indians are not fluent in the language. According to the KPMG report foreword written by Shradha Sharma, Founder and CEO of YourStory in India, “the digitally savvy, non-English-speaking consumer… will represent nearly three-quarters of the country’s internet user base by 2021.”

Language service provider (LSP) Lionbridge even made a point of strategically positioning itself as a key localization partner within the country by reaching out to “India’s next 300 million mobile consumers.”

The Role of Language in India’s Digital Future

One such trend is that “Digital future lies in the Indian language internet users,” specifically pertaining to the languages spoken by India’s digitally savvy consumers. But the theme of language is also an overarching theme across many of the trends analysed in the report. For example:

The first trend the report focuses on is India’s growing “mobile-first” mindset when it comes to media and entertainment. The report reads that regional content will propel mobile content consumption and, with three-quarters of Indians being able to speak at least one regional language, companies “have started including regional content in their portfolio for the next phase of growth.”

The report states that while English remains the most widely-used language in digital platforms in India, organizations need to focus on building “an end-to-end digital ecosystem that is both relevant and valuable to Indian language speakers.” The report states that India has a 125-million-strong English-speaking population, but that there are some 500 million Indian language speakers and 521 million Hindi speakers.

It also highlights the fact that in 2016, Indian language internet users surpassed English language internet users in the country: 234 million to 175 million, respectively. User experience (UX) on digital platforms and the devices used to access them need to be developed to become accessible to the growing number of Indian language users. According to Reverie Co-Founder and CEO Arvind Pani, “the quality of user experience is significantly below par compared to that for English users… by treating the non-English users at par with English users and hence designing a rich digital experience for them, companies can have much greater reach and higher customer engagement.”

According to the report, India’s digital consumers are embracing social commerce, which the report defines as “an extension of of e-commerce involving online media that supports social interactions and user contributions.” And brands themselves are more likely to engage with consumers by leveraging online social communities and content.

Another interesting trend the report pinpoints is that avantgarde tech such as AI, machine learning, and blockchain will “likely gain precedence.” Neural machine translation is one such technology derived from AI and machine learning.

Indeed, the report notes that these technologies are becoming embedded into mobile devices, and quotes Vishal Dhupar, Managing Director, Asia South NVIDIA as saying: “AI has the promise to exponentially transform healthcare, transportation, agriculture, education, and bridge language barriers in India… Adoption of AI will bridge language barrier by applying this technology to respond to spoken words, translate speech or text to another language.” NVIDIA has a strong interest in increased adoption of AI, of course, as its chips power the technology.

Vernacular is the future of digital India

When it comes to the key takeaway for LSPs, the report quotes Ankush Sachdeva, Co-Founder and CEO of ShareChat: “Vernacular is the future of Digital India. We are witnessing a massive influx of non-English first-time internet users in India. As this user base grows… localization is only going to become more and more important.”