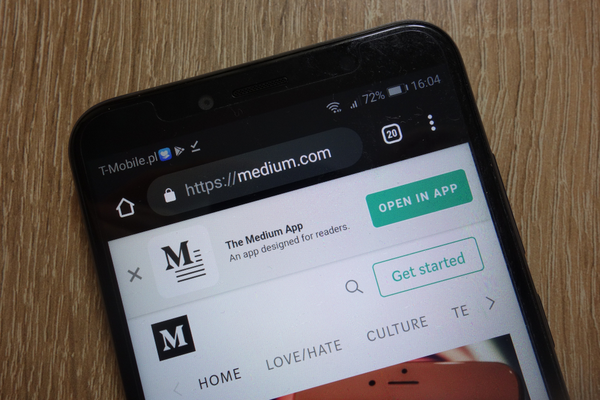 Don’t call it LiveJournal or Quora. Medium, launched by two of Twitter’s founders in 2012, fancies itself a revolutionary “online publishing platform,” where anyone can create an account and publish a post on their topic of choice.

As it turns out, a number of those writers choose to focus on localization.

Slator identified a total of 63 articles with some connection to localization published on Medium between May and December 2019. Of those, the majority (34 articles) were how-tos or case studies designed to walk readers through the usage of specific localization tools; 15 articles simply introduced localization apps or technology to readers; and the remaining 14 articles were a mix of interviews, hackathon announcements, write-ups of conferences, and news from companies like Dropbox and CoinLoan.

One feature of a platform like Medium is that contributors can choose how much or how little about themselves to share. Some authors use noms de plume and provide minimal information on their backgrounds, while others use Medium to promote themselves as professionals and make it easy to find them elsewhere online.

Author job titles run the gamut, but among the writers of how-tos and articles on new apps, they overwhelmingly relate to behind-the-scenes tech, including variations on “designer” (product designer, user experience designer) and “developer” (Android and iOS developer, web developer, software developer, outsystems developer, frontend architect/developer), as well as self-identified software engineers, a corporate trainer on JavaScript, a CTO, and an AI engineer.

The authors of those “miscellaneous” articles occupy slightly different roles: business development manager of a game localization studio in the UK; CEO of a website translation service; community and product manager of a software company focusing on voice interface for apps; postdoctoral researchers; and linguists.

Slator was able to ascertain the locations of the authors of over 40 articles (keeping in mind that some authors wrote more than one article on localization during this period). Nearly half of those authors (16) were located in Asia, followed by Europe and North America, which each had 12 authors. The remaining authors were located in Australia (2) and South America (2).

There was also some variety within each continental category. The authors in Asia were based in India, Israel, China, Malaysia, Hong Kong, South Korea, and Singapore. Across Europe, authors wrote from France, Switzerland, the Czech Republic, Estonia, Germany, Ireland, Poland, Russia, and the UK. More than twice as many North American authors were based in the US than in Canada.

This diverse group of authors is connected thanks to their shared interest in localization, but within that broad field, their writings covered many topics.

Some of the tools the localization apps and technology articles touched on included 2match, a translation management tool for Android and iOS; VueI18n, a Vue package that localizes apps; Lokalise, a platform that streamlines the process of inserting translated text into localized files; Logen, a tool that generates localizable files for iOS and Android from a common source; and Devnagri, an AI-powered translation platform for Indian languages.

Two separate authors wrote about support for internationalization and localization in Angular, a tool that creates and modifies apps. ZenTao invited readers to help translate its open source management tool, and Drawboard PDF, a design tool for engineers and architects, announced its release in five new languages.

One writer shared the “simple Python script” he wrote to allow Android developers to extract translated strings from different projects; and the University of Washington’s Computer Science department discussed Medimurmur, a prototype for a translation interface that would allow medical professionals to communicate with patients.

The how-tos and case studies covered more than a dozen tools and processes, among them GatsbyJS, for editing multilingual websites; Transloco and Husky, to verify translation files; jQuery, a JavaScript localization framework; LocaleBro, a localization platform; Flutter, Google’s “portable UI toolkit;” AWS Amplify’s internationalization module for apps; AWS Translate; and a combination of PhraseApp and Symfony 4.

Tutorials walked readers through adding multilingual Dialogflow agents to websites and using a Glide app to translate other Glide apps. Case studies included American teledentistry company Smile Direct Club’s use of Django prior to launching in Australia, and a nod to the seven-person localization team that enables Dropbox to operate in 180 countries.

Two articles in this group focused on game localization in particular: a rundown of how INLINGO localized Russian text quest game Nocton Hill, and a tutorial on translating Unity games. A handful of articles discuss broader, perhaps more foundational concepts, such as building an app to manage web translations, adding localization support in Android apps, and “a UX writer’s guide to localizing a regional product.”

Miscellaneous articles ranged from the technical (discussions of how gender bias and grammatical system mismatches can cause machine translation errors) to the personal (attendees’ takeaways from Voice Summit 2019 and the 2019 Machine Translation Summit in Dublin, the pressure on linguists to increase productivity, and concerns about the viability of translation as a career choice).