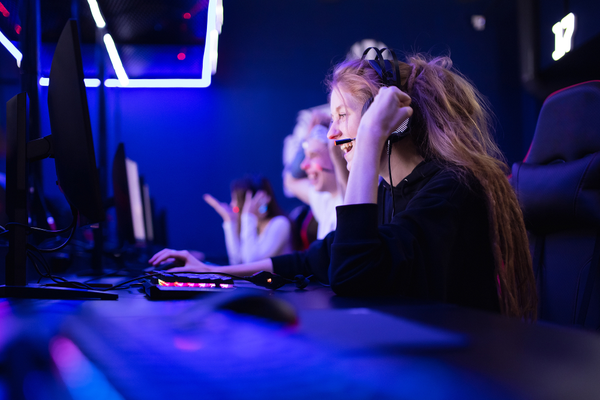 The gaming industry’s localization workforce scored the highest marks in terms of gender balance, international or ethnic diversity, and number of postgrads. They are also the least anxious and depressed. This according to the UK Games Industry Census published on February 4, 2020.

The study was the result of a joint effort by the University of Sheffield, the Arts and Humanities Research Council, and the UK Interactive Entertainment Association (Ukie), and delivers “the most extensive and authoritative analysis of the diversity of a national games industry’s workforce ever conducted,” according to Ukie CEO Jo Twist OBE.

As Mark Taylor, Senior Lecturer at the Sheffield Methods Institute and author of the 60-page census report, wrote, “We know a lot about the diversity of people working in other sectors, such as the other screen industries, because of large, nationally-representative datasets run by the Office for National Statistics. This isn’t true for games,” it being a comparatively young, fast-moving industry.

Conducted between September and October 2019, the study gathered data from 3,208 respondents working in the UK games industry, which represents a fifth of its overall workforce. The survey used “both open and targeted recruitment methods […] to ensure a truly representative sample of people working across the sector.”

Most Gender-Balanced and Diverse

While female representation in the UK games industry as a whole is ”considerably less than the national working average,” those working in games localization appeared to be bucking this trend. Localization proved to be foremost among the most evenly balanced, gender-wise, posting 46% female to 54% male.

Localization could, of course, also be expected to have the most ethnically diverse workforce. This was borne out by the study’s section on ethnic groups that broke out a BAME group (Black, Asian, Minority Ethnic), White British, and White Other. As the report pointed out, “The fractions of people in the ‘White Other’ group are quite varied, with relatively few in business operations, writing, and audio, and (unsurprisingly) a large majority of people working in localisation.”

Equally unsurprising, localization jobs posted the largest percentage of people from outside the UK “by some distance.” A mere 18% of those working in games localization are UK nationals.

Good news for the gaming industry because, as Ukie CEO Twist pointed out, games businesses across the UK recognize that “placing equality, inclusivity and diversity at the heart of their work is critical to their success.”

Localization had the largest percentage of people with postgraduate qualifications at 47%. It must be noted, however, that the majority of those working in core game production roles (e.g., QA, programming, art) held game-specific qualifications.

And, finally, in what is perhaps the most heartening portion of the survey, localization professionals are doing very well in terms of mental health compared to the rest of the UK population.

Not so in localization, where the rates for both anxiety and depression were the lowest at 14%, compared to the highest rates posted by those working as writers (anxiety: 44%; depression: 29%), although both writing and localization roles comprise 2% of the games industry workforce.