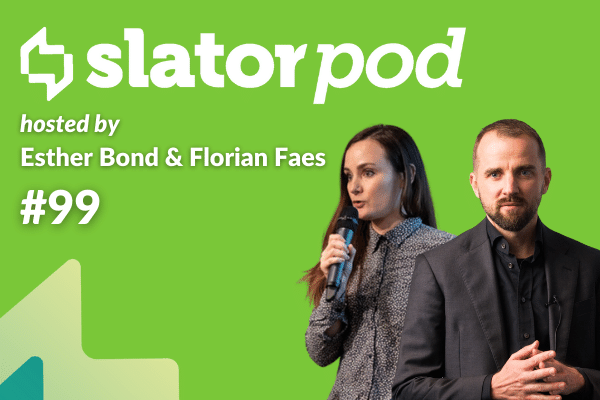 In SlatorPod’s final episode for 2021, Florian and Esther are joined by Slator’s very own Andrew Smart to share the top industry highlights over the past year.

Florian looks back on 2021, which saw approximately 60 M&A transactions and 25 funding rounds announced this year, with big moves such as TransPerfect acquiring Semantix. For 2022, Florian predicts additional competition as the likes of DeepL engage in a direct battle for enterprise account ownership, with tech continuing to develop in the core localization and TMS area.

With it being a great year of recovery for the industry, Andrew reflects on the commercial highlights, with Slator hosting three SlatorCon Remote events that reached a global audience. Andrew points out that technology opened up new types of markets and new ways of connecting with one’s audience, with Slator hosting free online digital marketing events.

Esther talks about an increase in hiring announcements and senior appointments, as Slator’s Language Job Index climbed more than 72 points in 2021. Esther also discusses the broad range of research, from interesting topics such as Transcreation and Video Localization to the essentials of Language Operations and Pricing and Procurement.

In language industry news this week, Lokalise announced that it had raised USD 50m in a series B round led by VC firm CRV. A year on from their series A round, the translation and localization management provider has more than tripled their USD 4m ARR with CEO Nick Ustinov confirming it is now in the “double-digit millions USD.”