Lessons from Advertising: A Venture Capitalist’s View on the Language Industry 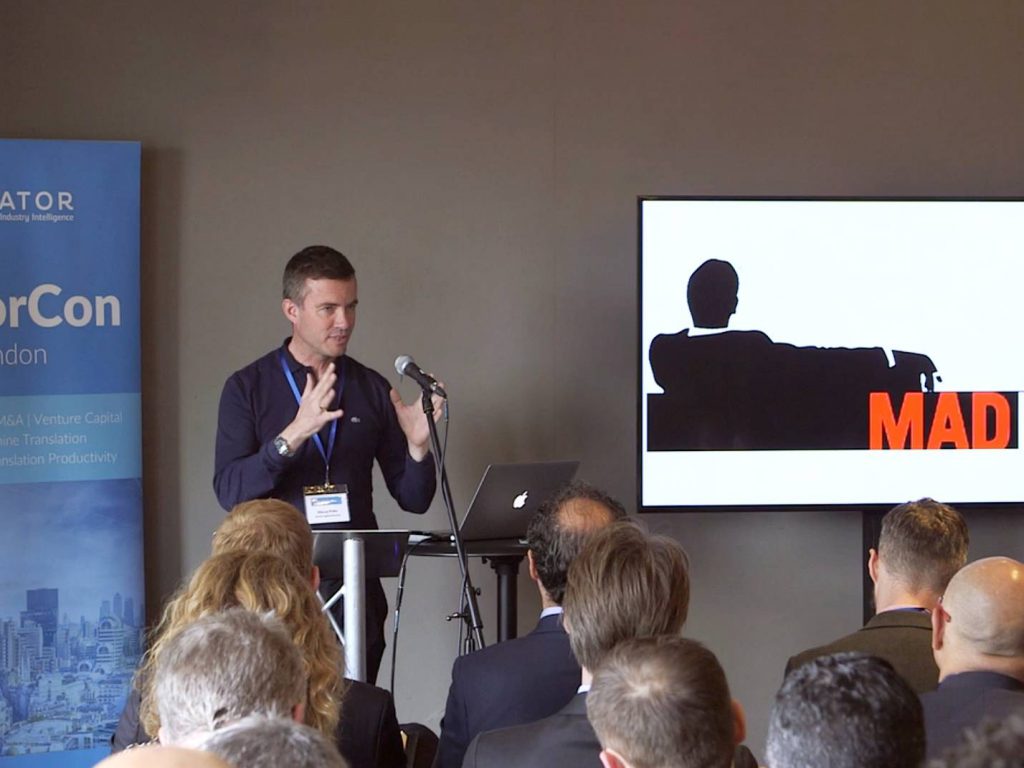 Patterns are very important to venture capitalists. They see thousands of business plans each year and need to look at themes, markets, and perform pattern-matching to understand the trends driving the businesses in which they invest.

VCs are also looking for exponential growth. The kind of investments that are going to boom with the help of their money and technology, produce great returns, and multiply the value of their fund.

While Slator has reported on nearly two dozen VC investments in the language services industry since the start of 2016, large investments in talent and technology are also being made by major tech players like Google and Facebook, placing the industry on the verge of disruption.

Understanding the patterns and trends ahead of this disruption is vital to language service providers looking to reposition themselves and profitably expand their existing client relationships and enter new market segments.

Marcus Polke, Investment Director at Acton Capital Partners, shared the patterns he sees for the language industry with over 60 senior industry executives at SlatorCon London on May 9, 2017. A technology optimist, Polke has worked at the forefront of disruption in Europe’s newspaper and book-selling industries, and his fund has invested in German LSP Tolingo.

“It’s a great industry if you’re looking for profitable companies growing very steadily,” said Polke about language services. “Investment bankers love it, but it’s only growing a bit and that’s not what VCs like to see.”

Polke then drew the analogy with the advertising industry of the mid-1990s to early 2000s to outline the patterns that will propel the language services industry to the next level.

Polke said the advertising industry was very agency-driven up to the early 1990s, hardly scaling and with human ingenuity at its core in the creation and media buying processes. Traditional buyers and sellers dominated the market, and incremental progress was aided by technology but not driven by it.

“There was not a lot of technical innovation in the advertising industry until the late 1990s,” observed Polke. “And then came the Internet,” which bypassed and marginalized ad agencies as online and offline advertising transformed into a complex landscape.

“Investment bankers love the language industry, but it’s only growing a bit and that’s not what VCs like to see” —Marcus Polke, Investment Director, Acton Capital Partners

The flurry of new supply and demand that emerged in every corner of the advertising business is what excites Polke about the potential of language services.

Polke credits tech companies like Google and Facebook for driving much of advertising’s transformation through innovation and acquisition, following the launch of the first search engines.

Google launched its search engine in 1998 and helped flesh out the online landscape by broadening the content available online through its acquisition of Blogger and YouTube, expanding client segments and advertising options by creating text ads and purchasing DoubleClick; and enabling performance measurement by acquiring and integrating the forerunner of Google Analytics.

“Then, starting in 2007, the infrastructure got more and more refined,” observed Polke about the second phase. “Networks were being sold to other larger players, which were there to do behavior targeting. You go now to a website and you are followed by the shoe advertisement you saw on Amazon.com or wherever. It sucks sometimes, but it’s very effective.” This continued into mobile advertising following the launch of smartphones.

We are now in the third phase with full programmatic platforms, increased video and social media marketing, and data vital to understanding each individual customer across many devices and times of the day. “That’s what happened in advertising,” said Polke. “Hundreds of transactions and a great landscape, which created this whole online marketing dollar bonanza on which thousands of companies now live very, very well.”

Polke believes that what happened in advertising will also happen in language services in that entirely new companies will emerge selling entirely new services to entirely new markets, making the market much broader for all.

Companies like Google, Facebook, and Amazon are now focusing their resources on several issues in the language services industry. “It’s not only machine translation,” cautioned Polke, “but it’s human understanding as well and it’s human output. So that you can speak to the machine, that the machine understands it, might translate it, and give it back to you in a human voice so you can really have a dialog.”

To profit in this scenario, Polke suggests that current industry players consider the following four elements within their go-to-market strategy.

Breadth: What new services are you creating to target new markets?

Polke highlighted how many Silicon Valley startups, with large marketing budgets and who had never before used ad agencies, flocked to the self-service model of Google AdWords, which then captured this large, untapped market. Growth globally for language services is also coming from these entrepreneurial companies that will be doing something entirely new.

Depth: What do your clients know about how their readers interact with the text you translated?

Online and offline ad data now comes together to target you better as a customer. As a parallel to language services, e-commerce platforms like GetYourGuide look at customer reactions to translation quality for its direct impact on purchase conversion rates and net promoter scores.

Time: How fast can you be?

In advertising, the shortening of time has created new services like ad auctioning. “Nowadays, when you go to a website, you are identified, you are gauged, then you are auctioned, then you are displayed this advertisement,” Polke pointed out. “It really is in real-time and this is what businesses and consumers expect these days.” The extreme in real-time for language services is processing natural language and having a dialog.

Voice: How do you bring this together for the client in a seamless, easy-to-use interface?

The way clients interact with technology is changing and moving toward visual and voice-enabled interfaces. Translation platforms that can follow the same path and become invisible to the user experience stand the best chance of success.

How can LSPs profit from these trends?

Polke’s view is that the largest LSPs will probably be able to develop or buy technology, as well as be consolidators, and buy other agencies to grow organically and through acquisition.

For smaller LSPs, it is a good question because they cannot afford large-scale technology development. But smaller agencies still have “a very great chance in working with their clients very actively to bring them all the virtues of new technologies,” said Polke. “To be the bridge because most [small] clients will not go to Google but they need a lot of help. It might be technical help, it might be account management help, or project management.”

Paraphrasing Jeff Bezos, it is still Day 1 for this industry. So Polke’s final advice was to position yourself, identify the right entrepreneurs and work very closely with them, drive usage and understand the technologies, and be a very good partner to your clients.

For a copy of the full presentation, register free of charge for a Slator membership and download a copy here.