Machine Translation for Consumers: China’s Youdao Seeks to Raise 300m in US IPO 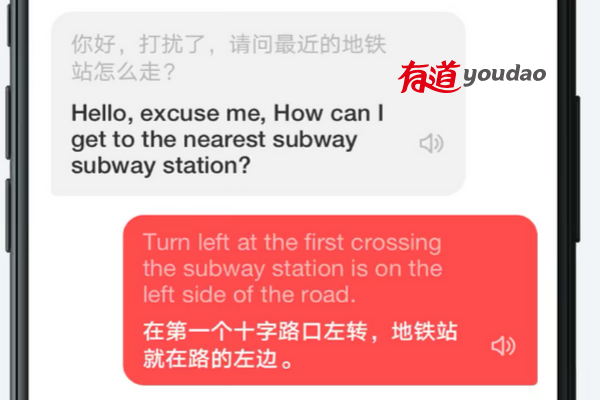 Chinese online education company Youdao filed for an initial public offering on the New York Stock Exchange (NYSE) with the US Securities and Exchange Commission. Aiming to join over 150 other Chinese companies already listed on the NYSE, Youdao is looking to raise USD 300m, valuing the company at USD 2bn.

Youdao’s majority shareholder is Chinese Internet company NetEase, which itself is already listed in New York. According to the filing, NetEase will remain the controlling shareholder even after IPO, making Youdao a controlled company under US regulations. Arcane financials aside, the Youdao filing provides an interesting look at a company that has productized machine translation for a B2C (rather than the much more common B2B) use case.

Youdao brands itself as the “leading intelligent learning company in China.” The company’s elevator pitch, according to the filing is: “Starting from online dictionary and translation tools, we offer a comprehensive suite of learning products and services catering to people’s learning needs throughout their lives. Today, for tens of millions of people, Youdao is their go-to destination for looking up a word, translating a foreign language, preparing for an exam, and picking up a new skill.”

In addition to its multiple e-learning platforms, Youdao offers a range of translation capabilities, including Youdao Translation, a business and travel translation tool operating in 30 languages using “camera and speech translation.” According to the filing, Youdao Translation averaged 25.1m monthly average users in the first half of 2019, up from 3.19m in May 2017.

Youdao’s other online tool that incorporates translation capabilities, Youdao Dictionary, is even more popular. As of June 2019, it processed 540 million translation queries daily, making it the most frequently used online translation service in China, according to the filing. Youdao Dictionary, powered by the company’s proprietary neural machine translation (NMT) engine, works across 108 languages and is primarily accessed via a mobile app, although it also has a website.

The e-learning company has also joined the fray of standalone translation devices by developing its own; such as the Youdao Dictionary Pen, which displays translations without connecting to the Internet, and the Youdao Pocket Translator, which “helps to translate speech and texts in images in real-time” across 43 languages.

The filing goes on to state that Youdao has “successfully developed industry-leading technologies in optical character recognition (OCR) [and] neural machine translation (NMT)”. It also states Youdao has “the best machine translation between Chinese and another language” — quite the statement given China’s massive efforts in AI in general and neural MT in particular — and claims to offer “simultaneous speech-to-speech translation.”

According to the filing, in an internal evaluation using BLEU standards, Youdao’s NMT engine found that Youdao outperformed mainstream online translation services in China and globally in translating Chinese into another language.

Youdao’s efforts to list in New York come at a time of heightened tensions between the United States and China, which have moved well beyond trade to also involve US IPOs of Chinese companies. According to the BBC, “the White House is reportedly considering de-listing Chinese companies from US stock exchanges as part of a broader effort to curb US investment in China.”

Editor’s note: On October 25, 2019, Bloomberg reported that Youdao had raised USD 95m in its IPO.