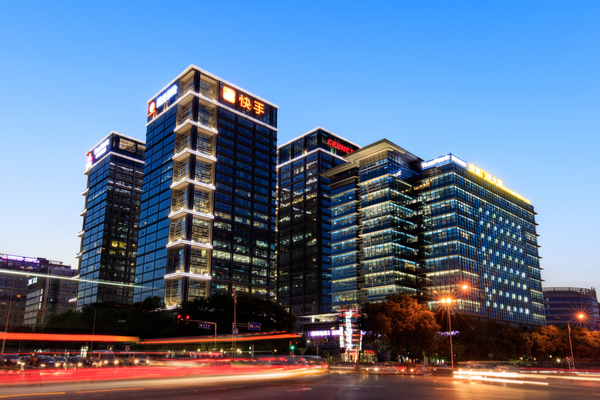 Netease Youdao announced on April 17, 2018 that it has secured ‘series A’ financing at a reported valuation of USD 1.1bn. Youdao, a subsidiary of Netease, is the biggest online education player in China by user numbers. Among its many products, Youdao has also developed a series of machine translation tools and an online human translation service. In end of 2017, it also released a pocket translation device called the ‘Translation Egg’, adding to a whole host of similar gadgets on the market. V2.0 of the Translation Egg is due out this year.

While relatively unknown outside China, Netease is the country’s third largest Internet company. Listed on NASDAQ, its 2017 revenue was USD 8.3bn. Net profits came in at USD 1.67bn, third only to Tencent and Alibaba. Gaming is its biggest business, although e-commerce is also a big revenue driver.

It also has a slew of other internet services and products, including advertising and email. If you get an email from a Chinese company or individual with an email address ending with the ‘163.com’ domain, that’s coming from an email service offered by Netease.

CEO Zhou Feng claims they were the first Internet company in China to develop a machine translation engine. In December 2007 Youdao launched its web-based Youdao Dictionary, which allows users to key in words or phrases and translate them into eight languages – English, French, Korean, Japanese, Portuguese, German, Spanish and Russian. In January 2009 a mobile app version was launched. As at early 2018, the company said that Youdao Dictionary has more than 700m users.

In August 2013, Youdao released another smartphone translation app call Youdao Translate. In its current version, it translates 107 languages (including offline translation for English, Japanese, Korean, Portuguese and Spanish), translates from a picture taken by the user, and also has speech recognition and simultaneous interpreting functionalities.

According to Beijing based BigData-Research, as at May 2017 Youdao Dictionary has 43.1m Monthly Active Users (MAU), making it the number one language utility app in China. Youdao Translate is in number four place with 3.19m MAU. The top foreign translation app in the ranking is Google Translate, at number six with 1.15m MAU.

Beyond China, Youdao’s mobile apps, including the U-Dictionary English learning app which is aimed at foreign users, have all done well internationally, ranking high on Google Play, for example.

Despite its strength in MT in China, Youdao said that the language services market isn’t their primary purpose for developing these tools. Their main focus is on the online education business.

In an interview published on Sohu.com, Zhou said that in developing their education products, the courses and their related tools go together. Youdao has a series of premium courses which had 3m students enrolled last year. Three of the courses brought in monthly revenues of over CNY 10m each. The language utility apps, including the translation tools, were all built to support their online courses.

Given that Youdao only entered the online education market in 2014, it seems as though they have decided that this industry was a better avenue to monetize their MT capabilities. The company said that their user revenues from their premium courses grew by 530% year on year in 2017. Although the company declined to reveal profit figures, Zhou said that their courses were profitable.

According to consulting company ASKCI, China’s online education business was worth CNY 279bn (USD 44.2bn) in 2017. It is expected to hit CNY 342bn (USD 54.3bn) in 2018. Zhou said that online education will become the company’s biggest income source in 2018 and account for more than half of their revenue.

When quizzed about the embarrassing mistakes made by Tencent’s MT solution Fanyijun at the recent ‘Boao Forum for Asia’ that resulted in the company being the brunt of netizens’ jokes on social media, Zhou had this to say:

“Translation technology isn’t perfect yet, but it is improving constantly. Such mistakes will become less and less, and that has been the experience for all of such products.”

Zhou was also asked about Microsoft Translator’s claim that they have achieved human parity and how Youdao’s technology compares. He said that while deep learning algorithms have been able to drive quarter to quarter improvements in NMT, Youdao is also distinguishing itself in terms of engineering details and data.

He cites two key features of their newly released French, Spanish, Portuguese and Russian translation NMT engine. Firstly, the four languages are driven by the same model and system. Secondly, there is a lack of data for Chinese into low resource languages, and the company has invested a lot of efforts into overcoming this basic problem.

On the company’s hardware strategy, the interviewer asked if the 2nd generation Translation Egg and Youdao Dictionary Pen, both to be released in 2018, will become “cash burners” for the company.

Zhou said that the decision to make smart hardware was based on their perception of users’ needs. He also felt that their pricing was reasonable and commercially viable. However, they were careful to avoid the form-factor of mobile phones for their Translation Egg (so that there is a distinct difference between using it versus a mobile phone app).

Investment Not for Money but Strategy

Youdao did not disclose the investment amount but said that Netease remains the company’s controlling shareholder. Zhou said that the money raised will be used to create deeper user value by developing quality course content and increasing the R&D efforts on education technology.

He also told the media that the company did not really need the money. The investment round was more to “increase contact with the whole online education industry instead of developing products in isolation”.

Indeed, the two investors of this series A will bring powerful advantages for Youdao. One of the funds that invested is the MOOC-CN Education Investment Company, which is owned by Tsinghua University’s asset holding company, Tsinghua Holdings. The injection of the Tsinghua connection will enable Youdao to leverage on the university’s network and resources as well as business deals with the fund’s related portfolio companies.

The other investor is Legend Capital, the venture capital arm of Legend Holdings, the Hong Kong listed company that owns the Lenovo brand; another heavyweight investor that will bring to bear significant hardware connections and resources.

Legend Capital is also an investor in iFlytek, a USD 13bn listed company and China’s market leader in speech recognition software which has also ventured into MT and pocket translation devices.