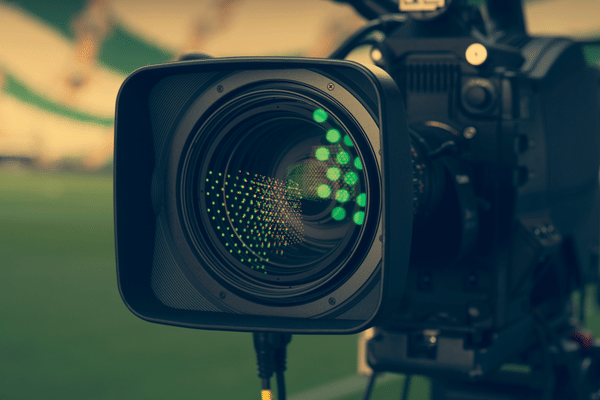 Results were in line with previous guidance from April 2021, when ZOO lifted its expectations to USD 39.5m. EBITDA was USD 4.5m, an increase of more than 100% from the previous year, while revenue grew by 33%.

On a segment basis, Localization contributed more than 51% to ZOO’s top-line revenues, although the division declined by 2.4% overall during the year. Subtitling was impacted by a lack of new productions, but dubbing revenues grew by 50% to USD 9m after a major surge in demand for ZOO’s cloud-based dubbing services when Covid first hit.

ZOO’s Media Services division fared well and more than doubled during the year, as demand for services such as content preparation and digital packaging climbed during the pandemic, linked to an increase in back-catalog content as new productions halted.

ZOO CEO Stuart Green and CFO Phillip Blundell told Slator in a video interview that new orders for subtitling services had begun to resume in the past few weeks (after ZOO’s financial year ended), and that new productions seemed to be starting up again.

Blundell said the funds will be used to set up an R&D team of 10–12 people and to expand capacity and services through hiring and geographical expansion, while some of the funds raised will be held back for working capital.

ZOO’s geographical expansion is already underway. The company ramped up hiring for its Dubai and London offices in 2021. ZOO has its headquarters in Sheffield, UK, an office in Los Angeles, and employs more than 300 people globally at present.

While ZOO’s current business development efforts are focused on the UK and US markets, Green said they now have business development in place in Dubai, signed a major new customer in the Middle East, and plan to establish new hubs in India and Southeast Asia (likely Thailand and Malaysia).

Their international expansion is primarily geared toward the Media Services division, but opening in new key markets will also benefit Localization, Green said. Blundell added that some of the hubs may not be established “from scratch” and they are “not averse” to acquiring a presence in a new territory through M&A if strategies align.

Next Casualty of Streaming: Pay TV

Green and Blundell also discussed macro trends in media localization, such as the ongoing rise of streaming services and its impact on other media channels. Green said Pay TV will be “the next casualty of streaming,” and likened the current decline in Pay TV to the demise of DVD.

According to Green, Pay TV is falling victim to the phenomenon of “cord-cutting,” where audiences abandon their long-term Pay TV packages in favor of monthly streaming subscriptions, which are accessed over the Internet, over the top (OTT) of traditional distribution networks.

ZOO’s annual report highlighted the response of content owners to this trend, and cited the example of Disney, which is “pivoting its core strategy away from Pay TV and recently announced its intention to close 100 international TV channels and migrate content to Disney+.”

With ZOO’s customers continuing to shift their content to streaming platforms, customer budgets are also increasing. Netflix plans to spend USD 17bn on content in 2021, while Amazon’s budget for TV series, movies, and music on Prime increased by more than 40% from 2019 to 2020, ZOO pointed out in the report.

The streaming boom is a net positive for media localization providers since subtitling and dubbing play a key role in the ongoing battle for audience share among major streaming platforms. And, as content budgets increase, ZOO said they are observing that buyers increasingly want to work with suppliers that are capable of providing end-to-end services.

With ZOO having expanded its revenues outside of Localization in 2020, Green and Blundell said they now see their roadmap to USD 100m in revenues as comprising more Media Services (and less dubbing) revenues than previously thought. When ZOO originally presented their roadmap in September 2020, the company was targeting a split of 55% in favor of dubbing to achieve the USD 100m mid-term milestone.

Now, they foresee a breakdown that comprises 25% Media Services, 30% subtitling, and 45% dubbing. Blundell said the tweaks to their roadmap de-risk the project and create value since Media Services are “very profitable.”

As to their latest progress toward this goal, Green described FYQ1 2022 (April–June 2021) as being very strong compared to the previous year. He acknowledged that comparables are challenging because of the impact of Covid in 2020, and said FYQ1 2022 was “our strongest ever quarter.”

ZOO expects strong year-on-year growth for the first half to September 2021 as new productions pick up pace; and Blundell said (prudent and beatable) forecasts place ZOO at USD 46m in revenues and USD 4.5m in EBITDA for FY2022, rising to USD 54m and USD 6m, respectively, for FY2023.

ZOO Digital’s share price fell 6% on the day the annual report was published on July 13, 2021. The shares have almost doubled in price since the start of 2021. The company’s current market capitalization is GBP 98.8m (USD 136.7m).