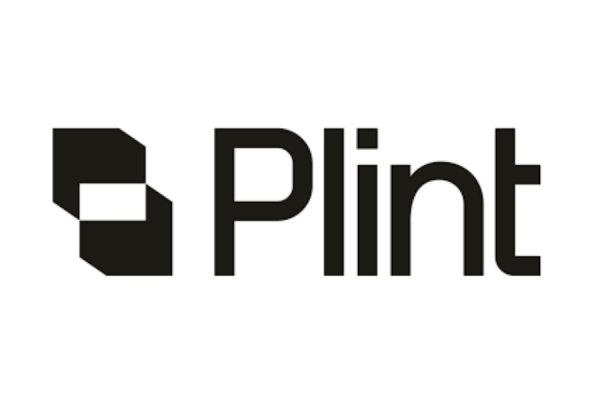 While mergers and acquisitions in the language industry — as with many other economic activities — have come to a halt, Sweden-headquartered media localizer Plint has secured a new majority owner.

The remaining 45% of shares are owned by Plint CEO Örjan Serner as well as Co-founder Per Nauclér and Studio Manager Johan Gladh. The company’s other Co-founder, Mikael Fröling, will gradually step back from the company, while the rest of the leadership will stay on. Helena Skåntorp has been appointed Chairperson of Plint’s Board of Directors.

Serner and Nauclér of Plint and Louise Nilsson, CEO of Priveq, spoke to Slator on May 11, 2020 ahead of the announcement.

Serner told Slator that Plint had received a lot of interest from both financial and strategic investors when they began looking to bring partners on board. Since the company wanted to keep hold of its brand name and strategy, Plint decided that their preference was for a financial owner — hence Priveq, with which Plint began exclusive negotiations at the end of February 2020.

Priveq is a first-time investor in the language industry and had looked at other investment opportunities in the space before finding a match with Plint, CEO Louise Nilsson said.

The Swedish PE firm focuses on small and mid-sized growth businesses in the Nordics. Its current 18-company portfolio (including Plint) covers a wide range of industries, from postal management to eHealth solutions. Priveq’s portfolio companies have collective revenues of around SEK 5bn (USD 510m).

Priveq’s Nilsson told Slator that over its 35-year history, the firm has invested in a total of 128 companies, and has exited 110 to date. Of those exits, 27 were initial public offerings (IPOs), while the majority were trade sales. Priveq’s average holding period is around 5.2 years, Nilsson said.

Known formerly as Nordisk Undertext, Plint currently employs 40 staff and has offices in Gothenburg and Boras in Sweden as well as Los Angeles. It mainly works with media content producers, such as Netflix, Viacom, and Amazon, as well as corporate customers IKEA and H&M.

Plint’s growth story started in earnest when it onboarded streaming provider Netflix as a client in 2015. Plint was still a relatively small provider at the time. It has since seen a dramatic rise in revenues to SEK 236m (USD 25m) as at 2019, with EBITDA of around USD 2.1m.

Now a Netflix Preferred Fulfilment Partner, Plint still sees a lot of business from the streaming giant. Plint CEO Serner said in a company press release, “Netflix puts a lot of work our way and, for the first quarter, Plint’s net sales increased to [SEK] 77 million compared to [SEK] 45 million for the same period in 2019.”

While Plint’s growth into 2020 seems to have been unhampered by the coronavirus pandemic so far, the company also observed (like rival media localizer ZOO Digital) that new productions had been “temporarily put on the back burner” amid coronavirus lockdowns. Nevertheless, orders are still strong and Plint has “several promising requests” in the works, Serner said.

Plint’s service mix is focused on subtitling. Company Co-founder Nauclér said they have begun dipping their toes into dubbing and are providing the service to one of their existing customers that requested it. A subtitler himself by trade, Nauclér shared his view with Slator that subtitling starts and ends with translators, and said Plint has always been mindful to pay fairly and not take advantage of their translators.

Plint’s current focus on subtitling may serve them well throughout the coronavirus crisis, according to Priveq’s due diligence findings. Nilsson said that Priveq evaluated the commercial impact of the crisis and felt that subtitling would probably be hit to a lesser degree than dubbing — which means Plint should prove quite resilient in the current economic climate.

Plint has also recently released its proprietary software, Plint Core, a cloud-based workflow system that the company launched to coincide with its rebrand in late 2019. Nauclér described Plint Core as a localization ecosystem, including a translation management system (TMS), which provides a range of tools as well as a workflow, payments, and vendor management. The system is used internally and also licensed externally to customers.

According to Nauclér, Plint’s customer Viacom uses a version of Plint Core to manage all of their content for localization. Viacom’s brands, such as MTV, Nickelodeon, and others, are all managed through Plint Core, and Viacom then assigns work to Plint or to any one of their own 100 or so localization suppliers.

So Plint is still a service provider, but one that Priveq sees as increasingly technology-enabled. As Priveq CEO Nilsson views it, Plint Core offers the potential for the company to bolt on new services and unlock new revenue streams. Plint’s tech-enabled component and the potential for future SaaS revenues likely helped increase its valuation in the deal. (Nilsson declined to comment on the earnings multiple paid.)

Asked how Plint plans to use the funds from the transaction, Priveq’s Nilsson told Slator that they intend to focus on organic growth first and foremost.

While many PE-backed businesses in the language industry focus on acquiring smaller companies in quick succession in a buy-and-build model, Nilsson said that M&A was a future possibility for Plint, but less of a priority compared to the lower-risk strategy of organic growth.

The transaction was financed using a mix of equity and debt, with debt representing the smaller part, according to Priveq CEO Nilsson. She said they prefer to not add too much financial risk on top of the operational risk inherent in a relatively small but fast-growing company.