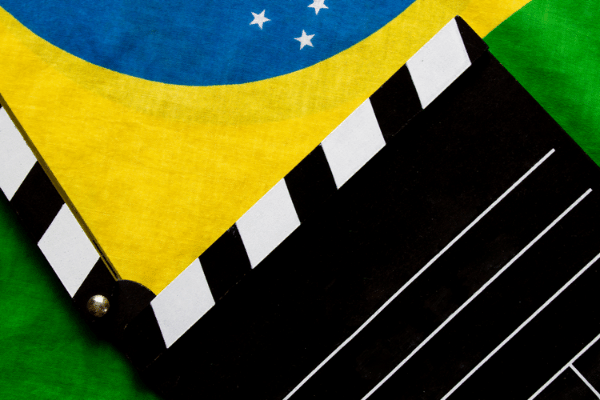 London-based media localizer VSI Group announced, on February 24, 2021, that it had acquired Vox Mundi, a dubbing, subtitling, and media localization studio based in São Paulo, Brazil.

Norman Dawood, Managing Director of the VSI Group, told Slator that the deal closed on February 10, 2021, and that “neither party used M&A advisors as we already knew each other well and had a close relationship.”

Dawood added, “Vox Mundi is a highly respected name, locally and internationally, so we will continue to use it, together with the VSI brand name.”

At the time of the acquisition, VSI had over 500 full-time staff and Vox Mundi, 70. The two media localizers had been collaborating over the past six years leading up to the deal. The Group’s Argentina studio, VSI CIVISA, had also worked with Vox Mundi for many years.

According to Dawood, VSI had worked with various studios in Brazil for more than two decades on a subcontracting basis. “We had been on the lookout for a reliable partner in Brazil for a long time, having had uneven experiences with other studios in Brazil” — until Vox Mundi came along and became VSI’s go-to vendor for Brazilian Portuguese.

Dawood was all praises for the Vox Mundi organization, calling them “a reliable partner,” “the right personal and cultural fit,” and “an ideal match for us.”

In fact, until Covid hit, Dawood and the Co-CEOs of Vox Mundi, Armando Torres Jr and Valvênio Martins, met “many times over the years, in São Paulo, London, and at various events, and developed a strong friendship.”

Torres and Martins will continue to manage operations post-deal. And, as with VSI’s previous acquisitions, the Group will support Vox Mundi with new technology and systems, sales and marketing, and so on.

“Particularly for lip-sync dubbing, remote recording will always be at a disadvantage from the point of view of creative collaboration within the dubbing team, absence and/or inconsistency of professional acoustics and several other factors, including efficiency”

Asked if there was any client overlap between the two companies, Dawood replied, “There are several overlapping clients. Discovery, with whom VSI has worked for nearly 30 years in multiple languages, is just one example. In addition, both VSI and Vox Mundi have parallel strong relationships with some of the major OTT providers, for whom we often work on the same shows.”

According to Dawood, their Argentina operations serve more high-volume broadcast programs, while Mexico is more about theatrical and other high-end content, with “some world-famous animations and live-action series” in the mix.

Dawood’s said the Brazilian dubbing market has “always been highly respected” in and outside the country and digital TV expansion has fueled significant growth.

The VSI Managing Director told Slator, “Several surveys conducted in recent years indicate that more than half of Brazilians prefer to watch dubbed content, also for reasons of accessibility. With the launch of streaming services, the demand for dubbing content has exponentially increased, as well as technical requirements of customers.”

The high demand for Brazilian voice actors correlates to the growth of the local dubbing market. However, the market currently faces two major challenges, Dawood said.

What about challenges from Covid? Dawood said they provided uninterrupted service throughout the pandemic (“as did Vox Mundi”), even when VSI had to temporarily shutter studios in certain locations. He added, “We are now back at full or close-to-full dubbing capacity nearly everywhere” with “stringent safety measures” in place.

“Currently, despite the high volume of new productions worldwide, only 20% of recordings are on-site, as the numbers of Covid-19 in Brazil are alarming”

Specific to Brazil, Dawood said Vox Mundi “pioneered the development of a specific sanitary protocol for dubbing, which is now used for the entire local audiovisual market.”

Despite the reduced flow of new content due to the pandemic, VSI’s customers appear to have recognized the “strong appetite” for it, Dawood said, and he expects the upcoming “Q3 and Q4 to be very active with many productions at post stage and even more volume coming our way in 2022.”

The VSI Managing Director said, “Currently, despite the high volume of new productions worldwide, only 20% of recordings are on-site, as the numbers of Covid-19 in Brazil are alarming. Clients have been very supportive, and even with remote recordings, the quality of our work is still high, given that several projects recorded 100% remotely.”

Asked if his belief still holds that a home environment cannot replace a professional recording studio for overall quality, Dawood said it still does, adding “VSI has used remote recording for over 10 years, since long before the Covid crisis. It is a useful tool in many scenarios and the results can be good, especially for voice-over, rather than lip-sync. However, particularly for lip-sync dubbing, remote recording will always be at a disadvantage from the point of view of creative collaboration within the dubbing team, absence and/or inconsistency of professional acoustics, and several other factors, including efficiency.”

As proof, Dawood points to VSI’s “ongoing program of studio construction and acquisitions in new territories [that] underline our commitment to a strong physical presence in the territories in which we operate.”

He further noted how the media localizer’s physical presence “greatly enhances our local expertise, our relationships with local talent, unions, and broadcasters, and also allows us to contribute to the local industry and help develop new talent in a way that a remote working model cannot.”

Asked for his views on IYUNO’s plans to acquire rival SDI Media, Dawood called the deal “impressively large,” pointing out how it “underlines the added value of companies owning and operating their own studios in multiple territories, and ability to offer a multi-language solution with full control of the results.”