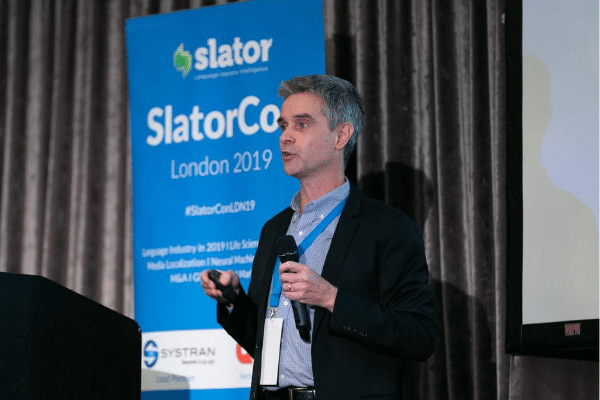 The longest-standing machine translation (MT) provider, SYSTRAN, has taken on a new majority shareholder in a cashless M&A transaction.

Founded in California in the 1960s, the now France-based SYSTRAN has changed hands a few times in its more than 50-year history. It was sold to a Paris-based family in the 1980s and, for a time, was also publicly-traded on the French stock exchange, Euronext Paris.

Fast forward to July 2020 and SYSTRAN is now majority-owned by STIC Investments. The South Korean firm took over ownership of SYSTRAN from CSLI, which had acquired SYSTRAN in 2014 when the MT provider delisted from Euronext Paris for a valuation of EUR 41m (or around 3.8x revenues at the time).

STIC also happened to be one of CSLI’s investors, which explains why no cash was paid for SYSTRAN in the July 2020 transaction. (CSLI has had a few incarnations, changing its name to SYSTRAN International in 2014 and, more recently, to LlsoLLu).

SYSTRAN is now 51%-owned by STIC. The company’s other shareholders include SoftBank Korea, Korea Investment Partners, and Korea Investment Securities, which jointly own 42% of SYSTRAN shares. The remaining 7% is owned by LlsoLLu (formerly CSLI / SYSTRAN International).

The deal had been under discussion since early 2019. It would have likely completed earlier in 2020 but was not quite finalized before coronavirus lockdowns began.

Slator contacted SYSTRAN CEO Jean Senellart, who said that SYSTRAN’s revenues were USD 15m in 2019, up 18% from 2018. Their business mix is a fairly even split between private companies (50%) and public institutions (40%), Senellart told Slator.

On a geographic basis, 50% of SYSTRAN’s total revenues come from Europe (mainly France, Germany, and the UK) and the US accounts for 35%, according to Senellart.

Senellart said SYSTRAN has a total of 87 employees across four offices in France, San Diego, Daejon, and Tokyo. The two offices in East Asia opened in 2019 and SYSTRAN also plans to open an office in South America in 2020.

As STIC’s first direct investment in a European company, SYSTRAN is a strategic asset for the South Korea-based firm, Senellart said. For example, SYSTRAN’s technology could be applied to “most of their portfolio companies all looking for international development.”

STIC has planned additional investments over the coming year to further develop SYSTRAN Marketplace (a platform for buying and selling translation models) and for future M&A, Senellart added.

Potential M&A will focus on language expansion in particular and will likely center around SYSTRAN’s existing strongholds of Europe and North America.

The company is also looking at Southeast Asia — “the region in the world with the highest density of language variety,” according to Senellart — as well as South America, Australia, and the UAE as new potential markets. Expanding into services, however, is not part of the plan.

As a first priority, SYSTRAN will establish a global management team to be announced in Q4 2020, “mostly based on current key employees,” Senellart said. In addition to office openings and the planned release of SYSTRAN Marketplace in 2020, the company is also developing a cloud solution for small businesses.

Discussing the market for cloud-based NMT compared to on-premise offerings, Senellart said that on-prem will remain core to their business. Until 2019, nearly 90% was on-prem or privately-hosted solutions.

On-prem has been long favored by security-conscious sectors such as defense and security, e-discovery, and finance, which have traditionally been the major users of MT.

More recently, other customer segments, such as Europe-based manufacturers, have also begun “moving out of cloud solutions for data privacy concerns,” Senellart said. All of this has led to a 30%-plus growth in on-prem over the last few years, with more to follow.

Meanwhile, Senellart expects growth in cloud offerings to outpace on-prem over the next year, driven by demand from smaller companies.

“On-prem solutions are not suited for smaller business, for cost and flexibility reasons, and it is mainly for them that we are developing our cloud offering,” he explained. SYSTRAN’s cloud solution will offer all of the server features via a subscription plan “and simple integration with user productivity tools.”

This vision for SYSTRAN’s cloud-based offering also ties in with what Senellart sees as one of the most exciting current developments in MT: integration of MT into localization software and workflows.

He believes next year will bring advancements in the way NMT interacts with connected tasks, such as data analysis, and that development in MT will enable language experts to take greater ownership of technology.