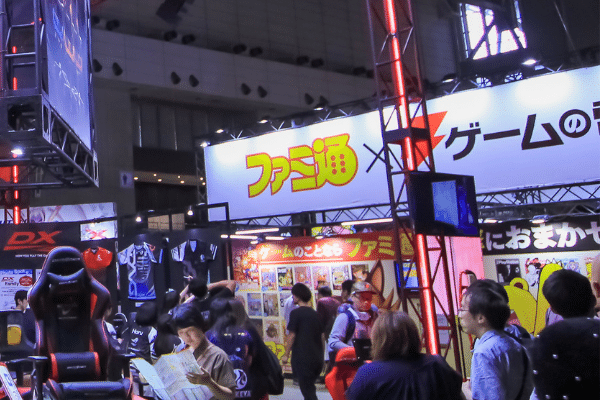 Translators are often subject-matter experts and many market themselves as specializing in a limited number of specific areas. It turns out that one niche in particular, Japanese game translation, is a world unto itself — one with a reach beyond linguists and language service providers.

After all, how many investment banking big shots would praise the work of financial translators pulling all nighters to get that pitchbook done in time for the big meeting? Or how many cosmetics translators are interviewed by beauty magazines, then praised as “legendary” and “amazing” by readers and end-clients? Capcom Game Localization Director Janet Hsu recently got this royal treatment following a June 2021 interview with Polygon.

With thousands of followers on social media, an elite group of translators share excitement for upcoming releases, provide a behind-the-scenes peek of their work, and voice their concerns about working conditions.

The idea of a linguist being thrust into the position of teacher, educating clients on best practices for localization, is nothing new. That may be why localization editor and writer Jessica Chavez saw value in tailoring her lesson plan to game localization specifically in her blog post, “How the Sausage Gets Made.”

“Just hiring five translators to bang out your text does get it done fast, but then you have to sort those five different styles into a single game,” she cautioned. Chavez also recommended allotting, at least, a month for the QA process, and identified the work that should be handled by internal teams (such as combing through text manuals) versus external teams (checking country ratings and settings).

Based on Lee’s recent tweets, not all of her 3,855 followers are monolingual fans admiring her work from afar; some are deep in the trenches. Lee has posted linguistic pointers for colleagues, and advice to aspiring future translators.

Translators: Triple-check any instance of “like this” in your writing (from こういう・そういう、こんな・そんな etc)
It’s superfluous and leaving it in often weakens your sentence.

“No translator knows every single Japanese word in existence, and Google is your friend,” she wrote. “In fact, also Google any ‘easy’ words that you ‘mostly’ or ‘probably’ know, since it’s always good to get a refresher whenever you’re in doubt.”

Lee also shared her own path to becoming a translator: “First I fan-translated for a couple years to see how hard it would be […] Then I applied to jobs and took a lot of translation tests until some company agreed.”

Diehard fans of Japanese games know that for every title released in English, many more are never localized for Western players. Bilingual fans often take it upon themselves to translate these games. But this labor of love can have mixed results.

“Mother 3” offers an example of one unexpected consequence. The game, which Nintendo has declined to localize for years despite the clamor from fans, has become somewhat of an in-joke among gamers, and has sparked speculation as to the motives behind the company’s choice. As one commenter noted in a now-archived Reddit thread, “The people who would buy it already played the fan translation. So not much profit.”

In addition to decreasing the demand for professional translation, some linguists believe that fan translations contribute to a lack of appreciation for their work — as Sega Localization Coordinator, Katrina Leonoudakis, pointed out in a tongue-in-cheek tweet (127 retweets, 272 likes). Players excuse low-quality fan translations but discount professionals when fans translate well. Acknowledgment of a good professional job, on the other hand, is often accompanied by a dig.

“Well, this one might be good, but do you know how they ruined (other series) from (5–15 years ago)?” Leonoudakis joked.

The irony is that Lee’s experience of graduating from fan translator to professional is not unheard of. Japanese–English game translator Thomas James (4,333 followers) recommended fan translation as good practice in a June 9, 2021 tweet.

This is also why, for as obvious as it may sound, I advocate J>E game translators really dig into the weeds and thoroughly play/study untranslated games for professional development. A surprising amount of surface level ambiguities in text can be cleared up with that experience.

“I advocate J>E game translators really dig into the weeds and thoroughly play/study untranslated games for professional development,” James wrote. “A surprising amount of surface level ambiguities in text can be cleared up with that experience.”

For all the unique challenges and potential gains, Japanese game translators do share much in common with other translators. One major gripe about the industry: perpetual NDAs.

James seems to have alluded to one such agreement in a June 11, 2021 tweet: “Years ago, I discovered that the anime for a game I worked on (don’t ask, can’t say) changed a huge chunk of its English terms mid-season.”

Years ago, I discovered that the anime for a game I worked on (don’t ask, can’t say) changed a huge chunk of its English terms mid-season. The LNs weren’t out yet, either. The client ultimately told me to just improvise and run it by them and so I rewrote a lot from scratch.

Christina Rose (2,800+ followers), a freelance Japanese–English translator for Rubicon Solutions, elaborated on the issue in response to an interview with translator Gavin Greene, who said much of his best work has been on projects under NDA; meaning he cannot discuss them.

“Here’s a highly competent translator looking to talk about his best work, and he just can’t. Full stop,” Rose tweeted (354 retweets, 675 likes). “Why is this a privilege? What does it take to stop making NDAs the norm?”

This quote here is a mood.

Here’s a highly competent translator looking to talk about his best work, and he just can’t. Full stop.

Why is this a privilege? What does it take to stop making NDAs the norm? https://t.co/jb1L5OMQJ8 pic.twitter.com/Rh0RfSEEnW

Rose has also chimed in on the possibility of unionizing and game translators’ lack of visibility (i.e., being excluded from the game’s credits). When a fan asked whether better payment from an employer could make up for this, she answered simply, “It’s hard to put a price on cutting off future career advancement opportunities.”

Yeah, this Q is predicated on the notion that these contracts are actively negotiated between two sides, which is usually not the case.

They are offered on a take-it-or-leave-it basis at the time of employment. If we don’t like it, we can take a hike.https://t.co/V3IBWgGu7p

She explained in later tweets, “[Contracts] are offered on a take-it-or-leave-it basis at the time of employment. If we don’t like it, we can take a hike.”

If translators feel they have limited negotiating power, change may need to come from the client side, as Sega localization producer Scott Strichart (14,100+ followers) suggested in a June 21, 2021 tweet.

“Hey in-house PMs, we can literally change this. When big outsource houses send you their credits and it’s just ‘Localization by BIG HOUSE’ all you gotta do is be like, hi, please expand this to include individual contributions,” he wrote. “And btw I’m the client don’t bother ****ing around.”

Luckily, some problems can be nipped in the bud when localization teams and developers work together, according to New Zealand-based On Takahashi (4,680 followers).

“Game locs aren’t supposed to be doing QA. If you want them to do QA, you have to pay them and credit them as QA,” he tweeted. “Game locs also aren’t game writers. If there are errors in your writing (source file), that’s getting translated too.”

I’ve said this many times already. Game locs aren’t supposed to be doing QA. If you want them to do QA, you have to pay them and credit them as QA.

Game locs also aren’t game writers. If there are errors in your writing (source file), that’s getting translated too.