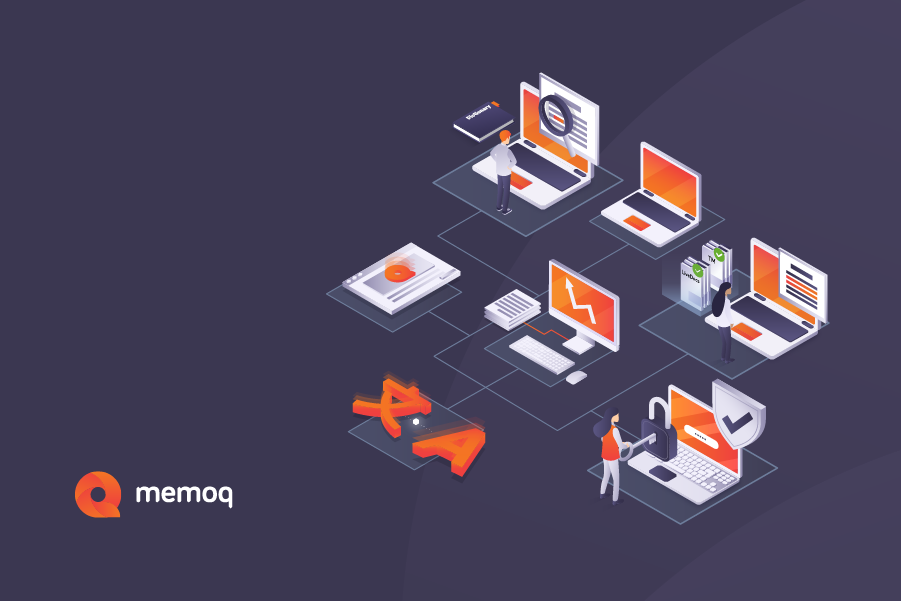 Direct communication, feature requests, and the popular User Strikes back sessions at memoQfests are just some examples of how we acquire information about features our users want.

In memoQ 9.2, we responded to several user requests. Our latest release introduces a new option to separately select translation memories (TMs) and LiveDocs corpora for pre-translation, improved grammar checker which highlights all the words involved in the grammatical error, and a significant integration with Git-based repositories, among other improvements.

We revamped the Pre-translate dialog in memoQ 9.2 so you can choose TMs/LiveDocs corpora to be used for pre-translation only, without affecting those to be used during translation.

Until memoQ 9.2, the Pre-translate feature used all resources attached to the project by default. In order to narrow them, users had to switch back and forth between the project homepage and the pre-translate dialog to add and remove resources for pre-translation. Because of this, users sometimes forgot to add back in all relevant TMs/LiveDocs corpora for the project.

To eliminate this possibility and reduce the number of clicks in memoQ 9.2, now you can choose your resources for pre-translation separately! Add all relevant translation memories (TMs) and LiveDocs corpora when creating the project and later select all, some, or none of them for pre-translation without having to add them again or remove them for the rest of the project.

In memoQ 9.2, you can now enjoy an improved built-in grammar checker, which highlights all the words involved in the grammatical error, rather than the whole segment.

Until now, if memoQ’s grammar checker detected an error in a sentence, it underlined the whole segment, which sometimes made it difficult to identify the actual mistake. The improved grammar checker addresses this issue as the highlighted range (only those words that are involved in the grammatical error) will provide hints about the nature of the grammatical errors.

This feature is also useful for Asian languages (such as Japanese, Korean, and Chinese) for which only grammar errors occur as these languages use symbols instead of letters. Furthermore, the grammar checker can detect multiple errors in a single sentence.

The improved grammar checker will facilitate your work, boosting your productivity and efficiency when translating in memoQ.