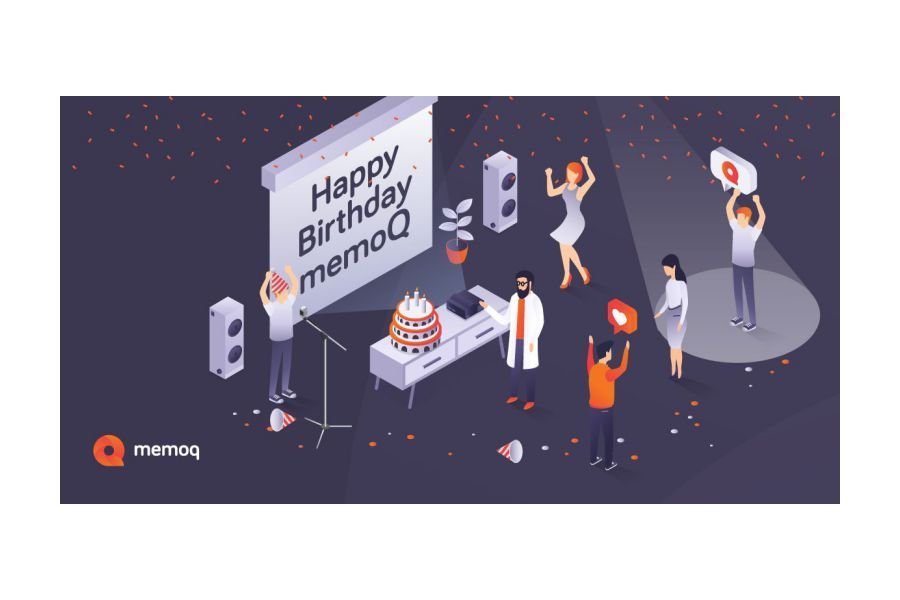 memoQ, a company dedicated to the development of translation management systems and productivity tools—founded as Kilgray Translation Technologies by three language technologists, Balázs Kis, Gabor Ugray and Istvan Lengyel—celebrated its 16th anniversary on February 18, 2021. Since its inception in 2005, memoQ has brought unparalleled solutions to the language industry and matured into one of the world’s leading translation technology providers with over a hundred employees and tens of thousands of users around the world.

The company has been through considerable growth and change in many ways but one: our focus remains on making translation professionals more productive and delivering innovation through diverse developments that today help hundreds of thousands of freelance translators, translation companies, and enterprises worldwide. It began as many other startups do—in the home of one of the founders. The road has been rocky at times, as it is for countless other companies. However, with the hard work and dedication of both owners and employees, memoQ has continuously met and overcome obstacles and thrives on making a difference in the lives of industry professionals.

Kilgray established its success with unparalleled team translation solutions. The first recorded use of memoQ server occurred in September 2005. The first official document—a book on programming—was translated from English into Hungarian using only memoQ’s team translation solution. Kilgray released memoQ version 1.1 (along with memoQ server, as has always been the case) to the public in April 2006, with version 2.0 following in November 2006. Around this time, the first ever memoQ license was sold to a Hungarian translator, then the first ever memoQ server was sold in July 2007. Yet another important milestone in Kilgray’s history came in 2008, when the founders announced in their ‘Declaration of Independence’ that the company would not be sold to any language service provider or other investors. memoQ has held to this principle ever since.

For over a decade, there was both Kilgray and memoQ—two brands, one company. Kilgray was the name of the company that won the Deloitte Technology Fast 50 award three times. It was also the name for the team behind memoQ and other products. In 2017, however, Kilgray changed its name—based on its flagship product—to memoQ Translation Technologies.

The company is currently led by co-CEOs Balázs Kis and Peter Reynolds. This approach might seem unconventional for some, but the unique combination benefits not only the company but also our customers.

memoQ is not just the company or the product itself; it is much more than that. It’s the community behind us and we are grateful to have such an amazing user base! memoQ has been organizing an annual memoQfest since 2009, and although we have met thousands of our customers at these events over the years, it still feels like a big family-gathering – and this is what I love about memoQ!” –Balázs Kis, co-CEO of memoQ

What was a company of six in 2008 has grown and matured into one of the world’s leading translation technology providers with over a hundred employees and tens of thousands of users around the globe. The world is changing and so is our translation industry. memoQ has grown up to overcome these challenges, set trends, and establish solutions that will influence the future of our industry. I am proud to have been part of the company for more than 13 years! –Peter Reynolds, co-CEO of memoQ

memoQ is a leading collaborative translation environment and TMS delivering premium solutions to the translation industry since 2005. memoQ is dedicated to delivering innovation through diverse developments that today help hundreds of thousands of freelance translators, translation companies, and enterprises worldwide.

Having in mind both simplicity and effective translation processes, memoQ combines ease of use, collaboration, interoperability, and leverage in a single tool.