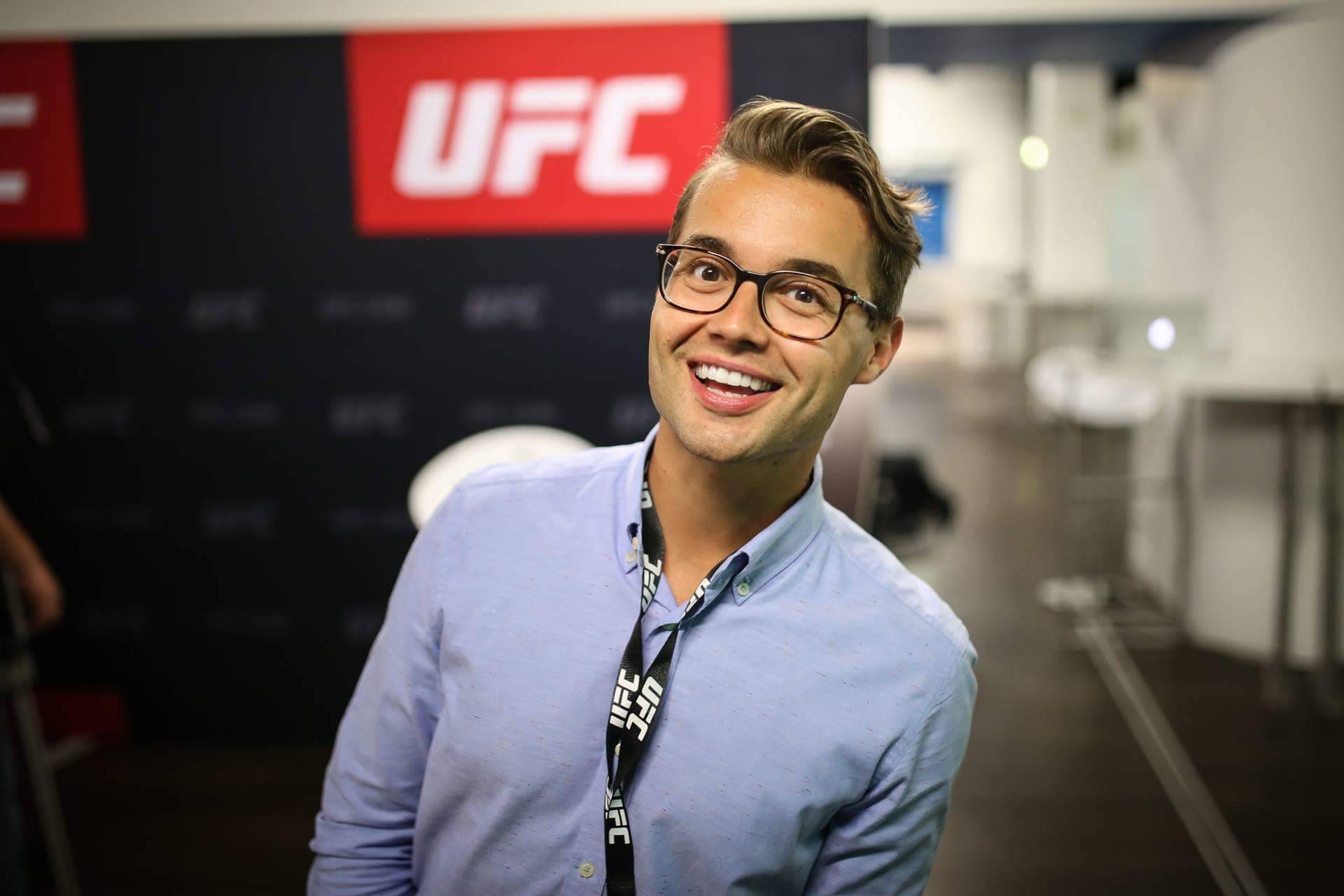 It is the evening of October 8, 2016 in the Manchester Arena. The UFC 204 audience is still breathless from a fight card that saw the likes of Michael Bisping, Dan Henderson, Jimi Manuwa, and Iuri Alcantara shine inside the Octagon, earning each fighter a USD 50,000 Performance of the Night bonus.

But someone else has enthralled mixed martial arts fans: the Octagon interpreter, who deftly handled translations in English, Polish, and Portuguese. His name, Dariusz Kruczek. He is Polish and has worked as an interpreter since May 2014, “when my first MMA event happened,” he told Slator.

Darek (as Kruczek likes to be called) is active from start to finish. He interprets into English for the broadcast during the breaks between rounds when the coaches enter the Octagon to speak to their fighters in their native language. According to him, it is “extremely difficult as they often say stuff really fast.”

The producer gives Darek a sign (“translator blue corner” or “translator red corner” depending on where Darek’s fighter is) and then he starts consecutive interpreting. When the break is over, the stools are taken out of the Octagon and Darek sits cage-side with mic muted. After the bout, Darek enters the Octagon to interpret for the post-fight interview.

Performance of the night bonus for the UFC translator—Chamatkar Sandhu, USA Today

He is also active across the entire fight week (“from Tuesday till Sunday”), interpreting for fighters during their daily obligations (e.g., photo shoots, press cons, translating the menu at a restaurant, airport check-in).

Plaudits for the Interpreter

Darek seemed unaware of all the adulation thrown his way on social media; until we showed him one online article that described his performance as “magical.”

“I didn’t know there was an article about me. I was really surprised and flattered,” Darek said. On the night, his admirers included well known names in the MMA community. “How about the fact that the same guy who translated Stasiak’s Polish is now translating Alcantara’s Portuguese?! What a night.” tweeted reporter Ariel Helwani.

Even current UFC Lightweight Champion Eddie Alvarez weighed in: “Ufc hires celebrity Guest Translator ‘Harry Potter’ .. big $$$$”—about which Darek said, “Eddie Alvarez was simply hilarious. I was laughing so hard when I saw his tweet.”

He added it was “absolutely fantastic” to read the likes of Helwani and Sandhu praising his work. “Being appreciated is one of the most beautiful feelings any person could experience,” he said.

Asked about one tweet that was critical of his Portuguese, Darek replied, “Well, I can’t please everybody.” He explained his Portuguese was “influenced by Portugal,” and, because he was translating for Brazilians, “some malcontents found it easy to attack.”

His biggest challenge as a UFC interpreter? The breaks between rounds when the coaches enter the Octagon, talk to their fighters, and Darek has to interpret it all live. “I think my and the fighter’s adrenaline levels come very close at that time,” he said.

Other than that, Darek thrives on the supercharged atmosphere inside the Octagon and said, “It definitely helps me. I love the adrenaline rushing in when I hear ‘translator blue corner,’ and the moment it goes away as the coaches take the stools out of the Octagon and my mic is muted.”

Darek said he looks at the commentators immediately after to see if they liked his interpretation. “I will never forget how, after my first ever translation, [former MMA Welterweight] Dan Hardy gave me a thumbs up. That was a fantastic feeling.”

Whenever an event in Europe appears in the calendar, I pray for a Brazilian and a Pole on the card—Darek Kruczek

Path to the Octagon

Darek, who has never worked for any language service provider and has never come close to practising MMA (“I am a tennis player”), came to the Octagon—the UFC’s moniker and its trademark—in what he refers to as a simple way.

According to Darek, “My friend wrote on her Facebook page: Is there anybody here who speaks Portuguese? I replied and it turned out there was a Brazilian fighter coming to Warsaw for an interview and she needed somebody to translate for him.”

Thus did he come to both the interpretation and the MMA world. And Darek endured despite having no formal training because “hours of studying gave me the credentials to continue doing what I truly enjoy.”

He studied European Science at the University of Warsaw in Poland and spent four months in Brazil learning Portuguese. English, on the other hand, Darek has been learning his entire life.

When the UFC organized its first event in Poland in April 2015, Darek said he “reached out and offered my services. Fortunately, they accepted me; and, since then, whenever an event in Europe appears in the calendar, I pray for a Brazilian and a Pole on the card, so my skills can be useful again.”

To this day, Darek finds the moment he gets his flight details “simply exhilarating.” He said he interprets full-time but just enters the Octagon whenever “they call me when there is an event where my skills will be needed—every European event so far,” he smiles.

He said having a day job will simply not cut it for him. “I freelance mostly because I have so many ideas that a full-time job wouldn’t allow me to realize them. This summer, for example, I opened a bar by the lake near Warsaw and it was an amazing experience.”

And when the next idea comes, Darek said he will be totally devoted to the new project as well.

During his downtime, Darek travels “as much as possible.” He said he loves Portugal and visits Lisbon whenever he can.

Asked what he would be doing if he were not an MMA interpreter today, Darek replied, “I would be watching it. I love it all the way! Every event is a dream come true.”