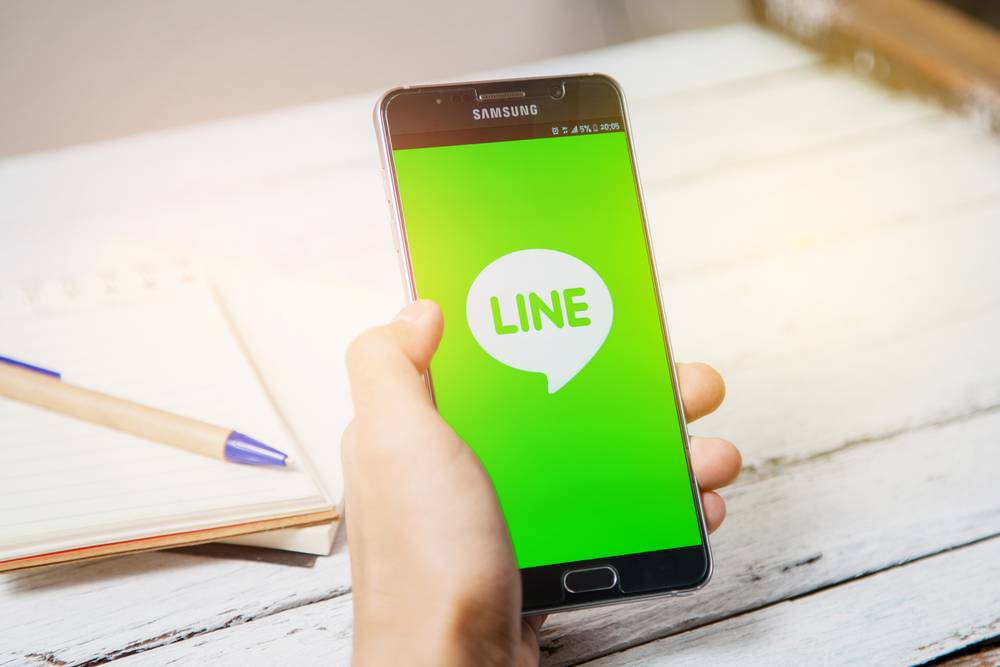 What does it take for Japan’s most popular messaging app LINE to be made available for hundreds of millions of users and its content translated into more than a dozen languages?

Adding complexity to the translation and localization challenge is the fact that the platform offers much more than just mobile messaging and communication services.

LINE, which is equally popular in Taiwan and Thailand, has its own news service. Its users can shop in the app, play games, and buy stickers. It has its own mobile payment and money transfer service, as well as its own AI platform, Clova.

Clearly, the work of Robert Wertheim, Senior Localization Engineer and Product Manager, Global Localization Team at LINE Corporation, is not a walk in the park.

Wertheim is from the United States and speaks fluent Japanese. He says this started with a fascination with Japanese video games in high school and friendship with foreign exchange students. He later moved to Japan and worked in the gaming industry before coming to LINE.

We were able to grab some time with Wertheim at the XTM Live conference, held in San Mateo, California, from May 31 to June 1, 2017, to find out about the challenges and successes with translation in a very popular mobile app.

Slator: Tell us about LINE and how do people use it?

Wertheim: It’s mainly a messaging app. But the goal is to have a whole ecosystem that has all kinds of features embedded such as a payment service, a sticker shop, and our video streaming. We look at ourselves as a hybrid.


We treat the social networking part as well all the little components such as payments as our own service. That adds to the challenge and complexity of ensuring good translation.

Slator: What is your team’s translation model? Does it involve freelancers, in-house, or some type of combination of these?

Wertheim: Our core markets are Japan, Taiwan, Thailand, and Indonesia, but we localize LINE into total 20 languages. It’s complex, as it requires a deep knowledge of the different components of those languages. We use both in-house review and technology to create the best translation experience.

Slator: On a smartphone you have to contend with limited space for translation. What are some of the challenges when it comes to translating for the mobile interface?

Wertheim: What’s seen as a simple and intuitive user interface from a Japanese perspective can be very different when seen with a Western sensibility. It’s very densely packed with icons and text as opposed to what a lot of us in the West view as a very clean, minimalist design. That also extends to the content itself. The way the language is constructed, you can pack in so much information into a tiny area.

“It’s complex, as it requires a deep knowledge of the different components of those languages. We use both in-house review and technology to create the best translation experience” — Robert Wertheim, Senior Localization Engineer and Product Manager, Global Localization Team at LINE Corporation

It’s a little like Chinese in how you can have one character mean a whole word, and two characters could mean something like a device registration. The challenge for the design and development teams is we have these very small spaces which can fit a lot of information. When we’re trying to localize it to English or Thai, however, we still have that limited amount of space, but now we have to do a translation and make it fit correctly.

Even on the desktop, you’ll see every square inch of real estate will be used. In the desktop and web versions of Timeline, we have a lot more flexibility, but there are other constraints as well.

Slator: How does your team synthesize translation and design decisions, especially with the variety of languages that impact spacing and design?

Wertheim: I can always tell that, as when switching to a specific language there might be more of a challenge, particularly with French, German, Russian, and Thai due to space constraints. We do try to work very closely with the development of the UI designers.

Because localization occurs at the end of the development cycle and there are sometimes competing interests between all the teams involved, it is often a give-and-take relationship which means we may have to negotiate on some of our localization needs. But we’re always thinking, ‘How can we address the translation needs while also respecting the designers?’

Slator: In what languages is LINE available?

Slator: What are some of the challenges tied to localization?

Wertheim: On our localization team, we do have people of different nationalities, including native English speakers from the UK and Australia who are doing English translation, that ensure the system works and are checking for optimal translations. It’s interesting how one translator may phrase something, and then someone from a different background may wonder, ‘Is this OK?’ We have a detailed style guide to always make sure that our English version makes sense.

Slator: On a personal note, what sparked your initial interest in Japanese?

Wertheim: I started learning Japanese in high school, and my school had a sister school in Japan. So we had Japanese students who came to our school each year for a few weeks for cultural exchange. One year, my family hosted a student, and I discovered that the big challenge in Japan when you’re trying to learn English is that you’re learning it using a very scientific method. So they were very good at English-based tests, but when it came to voice conversations it was more difficult for them.

If I wanted to address these Japanese students, why not learn Japanese? I learned it on my own for a while, enrolled in a pre-college program, and then majored in it in college.

Slator: So how did this lead to Japan and then LINE?

Wertheim: I participated in a program to learn translation with the government of Japan for a couple of years. I also loved Japanese video games and worked for Koei Tecmo. That’s where I got into localization. I worked there for a couple of years, but then I wanted to go beyond console gaming because mobile apps were where the future was going. So I moved to LINE and I’ve been there ever since.

I love the computer science aspects of localization — there’s definitely a right brain and left brain component to it. I am always wondering about two things: what can be automated? And what still has to be done by humans?

Update: this is an updated version of the original article to reflect a slightly different wording around Line’s translation model. The updated version also added Russian to the list of languages Line is available in.