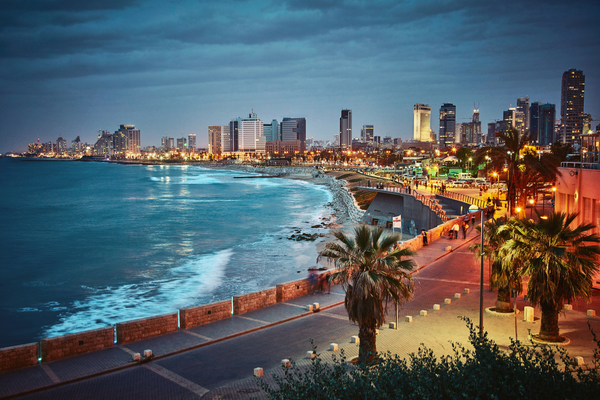 As M&A in the language industry has exploded over the last two years, one language service provider (LSP) that has remained on the sidelines is US-headquartered Morningside Translations.

Morningside changed hands in May 2017, as a group of individuals led by co-CEOs Tom Klein and Roland Lessard acquired the company from Morningside founder and majority owner Josh Eisen.

Almost two years later, Morningside has completed its first acquisition under Klein and Lessard, buying Israel-based Net-Translators on March 10, 2019. The terms of the deal were not disclosed.

Slator contacted Morningside co-CEOs Klein and Lessard to find out more about the deal and Morningside’s future plans.

It is a good geographical fit for Morningside since the company already has a local presence in Israel, and will now become “one of the largest language service employers in Israel,” a company press release claimed. Net-Translators’ 30-strong headcount will join Morningside’s existing staff of nearly 200 employees globally.

As well as sharing hubs in Tel Aviv, the two companies also have some vertical alignment. Morningside competes in the IP and patents translation space alongside the likes of Welocalize, RWS, and IP service provider Questel’s MultiLing, and also has a focus on clients in life sciences and the legal sector.

Net-Translators also works in life sciences and has a footprint “among medical device makers in EMEA and Asia,” Klein and Lessard said. “We have overlap with respect to parent companies, but no direct overlap with regards to specific divisions and language service buyers,” the Morningside CEOs said.

The technology capabilities of the two companies will be merged into Morningside’s “existing framework,” Klein and Lessard said. Morningside works with memoQ for translation productivity and also has some proprietary technology, such as IQ, which was launched recently and is integrated into Morningside’s proprietary IP platform. IQ offers “pricing and forecasting capabilities for IP users and foreign filers,” which is intended to encourage IP practitioners to move away from email in favor of platform usage.

On the matter of neural machine translation (NMT), Klein and Lessard “constantly explore and test multiple options the market has to offer,” since the two believe that NMT is of value to IP translations under certain circumstances.

“In some instances, the technical nature of IP lends itself well to NMT, while the fact that each and every foreign filing is novel limits the application,” they said. Yet, given that “our clients have no margin for error,” humans are still needed to interact with technology to ensure quality output, the pair added.

“In some instances, the technical nature of IP lends itself well to NMT, while the fact that each and every foreign filing is novel limits the application” — Tom Klein & Roland Lessard, co-CEOs, Morningside Translations

Klein and Lessard confirmed that Morningside will remain focused on the “premium verticals of IP, legal, and life sciences.” Although there are many paths to achieve growth “that doesn’t mean each of those paths is created equal or optimal,” they added, perhaps with an eye on the potential impact of machine translation on unit rate prices across the language services market.

After the Net-Translators acquisition, Klein and Lessard are likely to continue M&A, planning to target companies in their core “regulated and premium markets.” As to their forecast for the wider market in the near term: “We see continued consolidation over the next few years at an even faster pace,” they said.

In their estimation, this consolidation will center on the midfield of the language services landscape, or what Slator has termed the Challengers segment of LSPs (between USD 8m and USD 25m in annual revenues).

“Whereas three or four years ago, a USD 10m or USD 12m LSP was looking and feeling ‘large’ on a relative basis, it is now those owners who more often than not are thinking about finding a logical acquirer,” Klein and Lessard predicted.