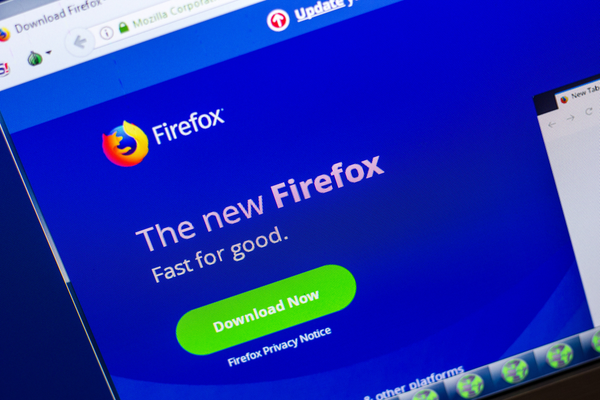 The free software community founded in 1998 by members of Netscape, the first casualty of the browser war in the early days of the Internet, is still thriving 20 years on.

In the past two decades, the Mozilla community developed the free and open source web browser Mozilla Firefox, which is used by hundreds of millions of people today to connect to the web on computers, tablets, and mobile phones.

Its most famous product, the Firefox Desktop, currently ships in 103 languages. Firefox for Android can be downloaded in 94 languages while Firefox for iOS is available in 81 languages.

Mozilla’s localization program manager said they don’t really have “major languages” because they treat all languages equally. “However, if we’re talking in terms of language market share, then the top five languages we ship it in would be: Spanish, French, Portuguese, German, and Italian. If we’re talking about the number of speakers, it would be: Simplified Chinese, Hindi, Spanish, Arabic, and Urdu,” she clarified.

Since Mozilla is powered by a global community of open-source developers, its localization team is also composed mostly of volunteers who dedicate their free time to translate its free software products. Hence, managing the localization process requires a different approach, according to Lebédel.

“While we make sure they are aware of deadlines for each product, we do not obligate them to participate on our timeframe, but instead ship whatever they’re able to give us leading up to a deadline. We strive to maintain a balance between what localizers can — and are willing — to do, and product deadlines, which can be hard at times,” she disclosed.

Even with a passionate volunteer community, Mozilla sees the need to incentivize and reward volunteer participation for quality over quantity. Lebédel said Mozilla hosts workshops across the world that allow localizers to meet face to face to exchange ideas and knowledge, train new people, and give latest updates about what Mozilla is currently doing.

“If we’re talking in terms of language market share, then the top five languages we ship in would be: Spanish, French, Portuguese, German, and Italian” —  Delphine Lebédel, Senior Localization Program Manager, Mozilla

“This has helped create a strong bond across our localizers, and helps them stay engaged and excited about the work they are doing,” she said.

Lebedel noted that with this community in place, they only reach out to language service providers (LSPs) for translating marketing campaigns and other one-off projects, and when they need to redistribute work from the volunteers so they can concentrate on the products they are most passionate about.

“Whether we send a translation project to a vendor is largely dependent on the project specifications and the availability and interest of the community at the time of project planning,” she said.

This way, they keep the expense for translation and localization down. “We’ve set this up to have a lot of flexibility by making internal teams financially responsible for their own localization projects,” she said.

Lebédel shared that Mozilla has its own in-house translation management system, Pontoon, and its own localization system, Fluent.

“First of all, we wanted to create an open-source TMS that could do in-context localization. We also needed a tool that could support our new localization system, Fluent. Another main reason is that we needed something that allowed us to administer our community in a more unique way than other tools have offered,” she explained.

The team’s effort has also been focused on developing and implementing Fluent in Mozilla products.

“In a nutshell, Fluent is a runtime localization system designed to improve how software is translated, and to unleash the expressive power of the natural language,” she said.

Lebédel attests that shifting localization from a build-time system to a run-time system opens the door for dynamic scripting in previously static resource files. This improves language negotiation, natural expressions for UI elements, and dynamic over-the-air l10n updates for desktop, mobile, and web applications that are not tied to an engineering release schedule.

So while it has been created to be simple to read, Fluent also allows localizers to represent complex concepts from natural languages like gender, plurals, conjugations, and others, rather than leaving those decisions to developers who may not speak the language, according to Lebédel

“We aim to ship a stable 1.0 this year so that other companies and organizations can implement it within their own products,” she said.

For quality assurance or QA, Mozilla relies on Transvision, which was mainly developed by volunteers from the French Mozilla community.

“Since this is open source and our products are used by hundreds of millions of people, everyone is invited to file a bug if they think there is something off with the quality of a string,” Lebédel noted.

With Mozilla’s localizers coming from diverse backgrounds, quality is nevertheless assured as most volunteers have solid translation and linguistic skills and are subject-matter experts in the areas of open source software and the web, according to Lebédel.

“New localizers start out as “contributors” and can only suggest translations. It is then the “translators” and “managers’” task to review and possibly approve those”

“We make sure that each team has some kind of review process in place. For example, some local communities have decided to create their own dedicated QA team, which is in charge of reviewing others’ work. Generally speaking, each team has people in charge of reviewing the work that is produced. New localizers start out as “contributors” and can only suggest translations. It is then the “translators” and “managers’” task to review and possibly approve those,” she said.

Lebédel added that one way localizers test their work is by making use of localized screenshots, which help them identify potential errors and bugs, such as language quality, truncated words (cut-off from screen), anything that appears broken on the UI, potential issues in all the main screens, UI, menus, tabs, new features, etc., font support, and untranslated content.

“We also have localized test builds updated daily, that translators can download and use in order to spot-check their work,” she added.