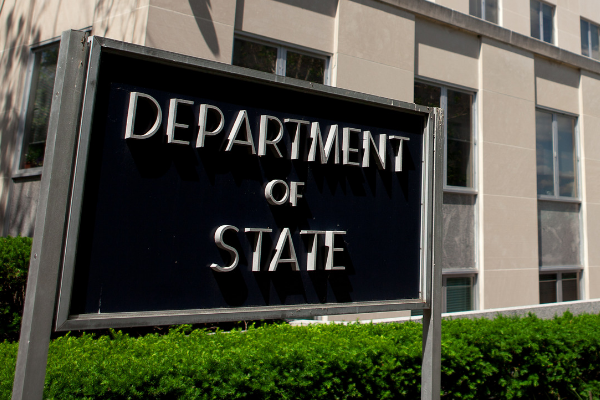 The US Department of State (DOS) is renewing a contract looking for 1,000 linguists to interpret, translate, and provide additional language services support to the nation’s diplomatic and foreign affairs activities.

The DOS, via the Office of Language Services, provides linguists for work including interpreting the headline-making meeting between US President Donald Trump and Russian President Vladimir Putin in July 2018.

According to its website, the Office of Language Services provides linguistic support, interpretation, and translation “for the State Department, the White House and other federal agencies.” The Office has a hybrid team of 32 in-house linguists and 8 professional project managers supported by over 1,500 freelance linguists.

The new contracts are very much like the 2017 notice: the Office requires around 1,000 qualified freelancers to perform language services for the State Department, White House, and other federal agencies for one year, with official start dates on October 1, 2018. The response deadline for interested parties is November 15, 2018.

Looking at the data from US federal spending portal USASpending.gov, the Office of Language Services awarded 743 of these contracts to freelancers last year. They all started on October 1, 2017 and ended on September 30, 2018.

2017 appears to be the first time these contracts were awarded—there are no contracts of the same nature from the Office of Language Services for any earlier years, based on data from USASpending. Slator checked the data from September 2010 to September 2017.

According to data from USASpending.gov, the 743 contracts awarded by the Office of Language Services reached a total amount of USD 17.9m. Breaking down the specifics, the freelancers who won contracts last year came mostly from Virginia, followed by the District of Columbia, and Maryland, all geographically advantageous for work performed for the US Government.

The new contracts up for grabs follow the same conditions as the previous ones: the annual value awarded to individuals “will not exceed $150,000, with no individual call to exceed $25,000 and over half of all calls at or below the micro purchase threshold.” A couple of jobs sites report that Department of State interpreters can earn between USD 100,000 and USD 161,000 to USD 174,000 annually.

According to the Office of Language Services’ Notice, the total spending limit for all contracts is expected to be between USD 15m to USD 20m.